Moose spotted with ring around its neck near Athol ‘looks healthy’

Biologists say the ring does not seem to be impacting the animal's ability to feed based on its habits and body fats. 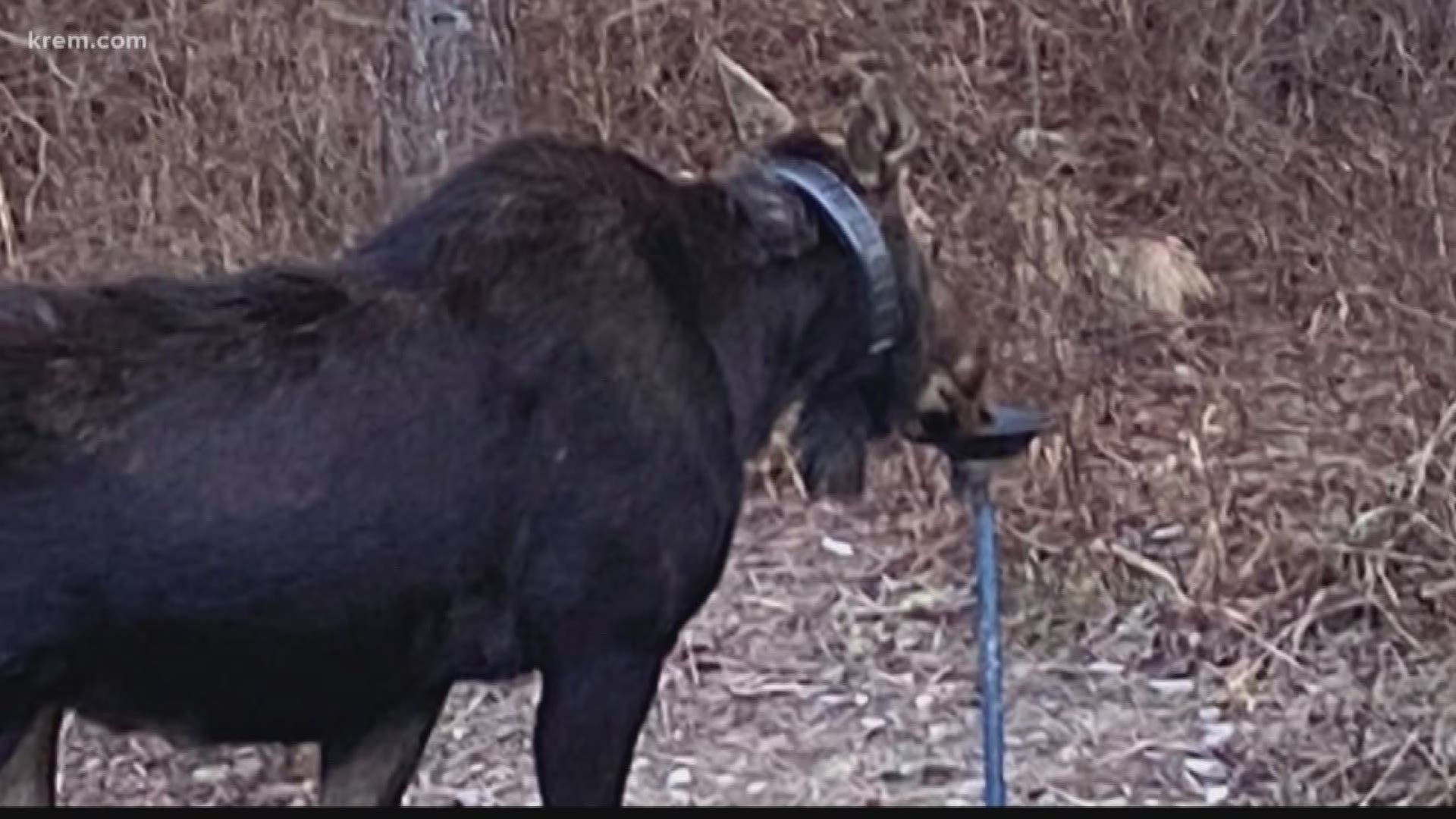 ATHOL, Idaho — Residents are worried that a moose spotted with a ring around its neck near Athol is in distress – but Idaho Fish and Game does not believe the animal is in any immediate danger.

Homeowners who sent photos of the moose to KREM say it appears to have a broken top of a bucket around itss neck, adding that it is “visibly uncomfortable.” They said they have tried to contact Idaho Fish and Game in hopes that officers would tranquilize the moose.

Biologists have received updates on the moose since last spring and say that residents see the animal often, said Idaho Fish and Game spokesperson Kiira Siitari. She added that the ring around its neck is “definitely not a [tracking] collar.”

Fish and Game officers are looking for the opportunity to tranquilize the animal and remove the ring, but are not in a hurry because the animal “looks healthy,” Siitari said.

Photos: Moose spotted with ring around its neck near Athol

Siitari added that the ring around the animal’s neck does not seem to be impacting its ability to feed based on its habits and body fats.

Officers are waiting until the moose is in a safe place to be tranquilized, as dart shots are stressful for the animals, Siitari said. They do not want people around when they take the shot. 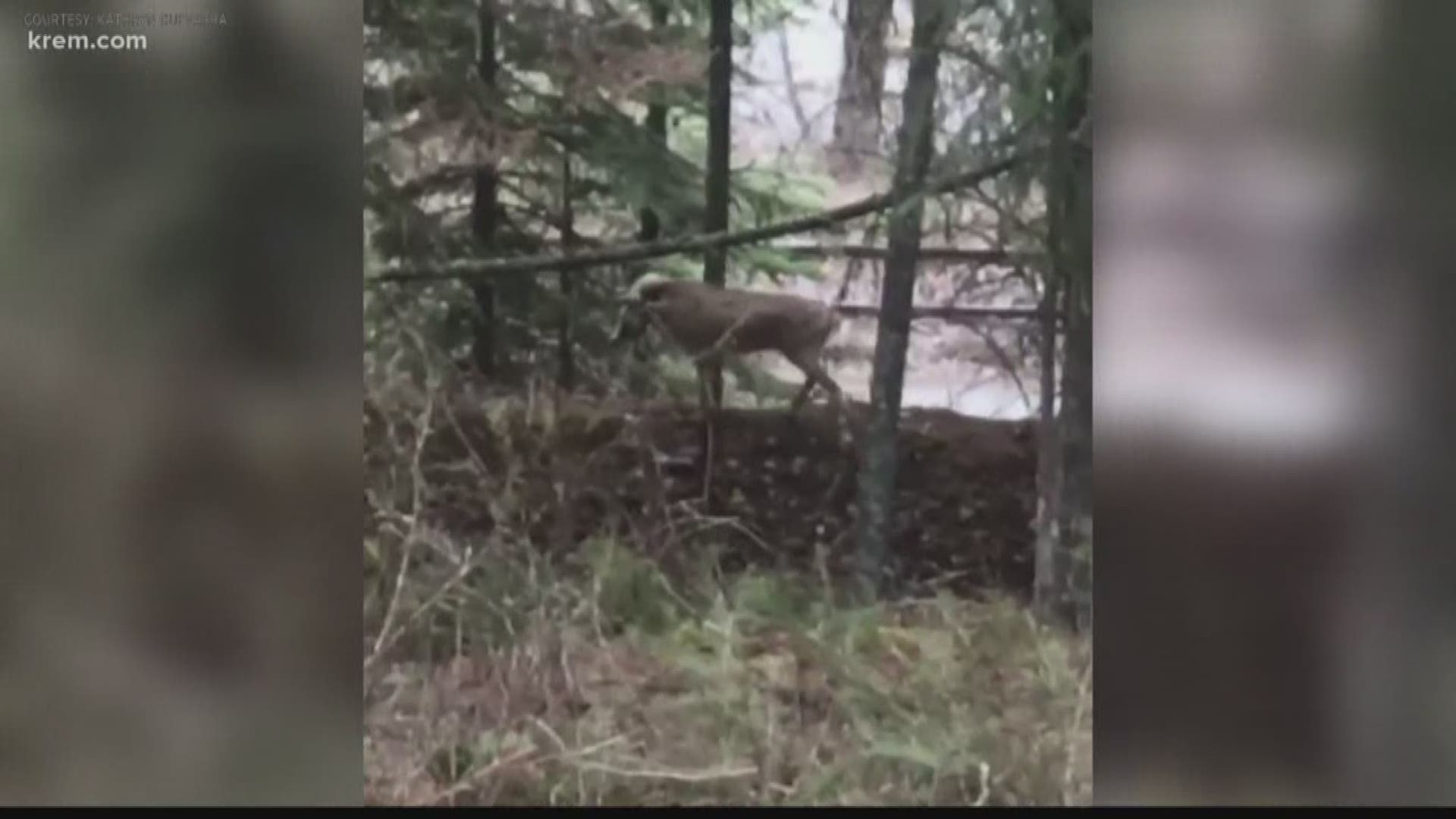