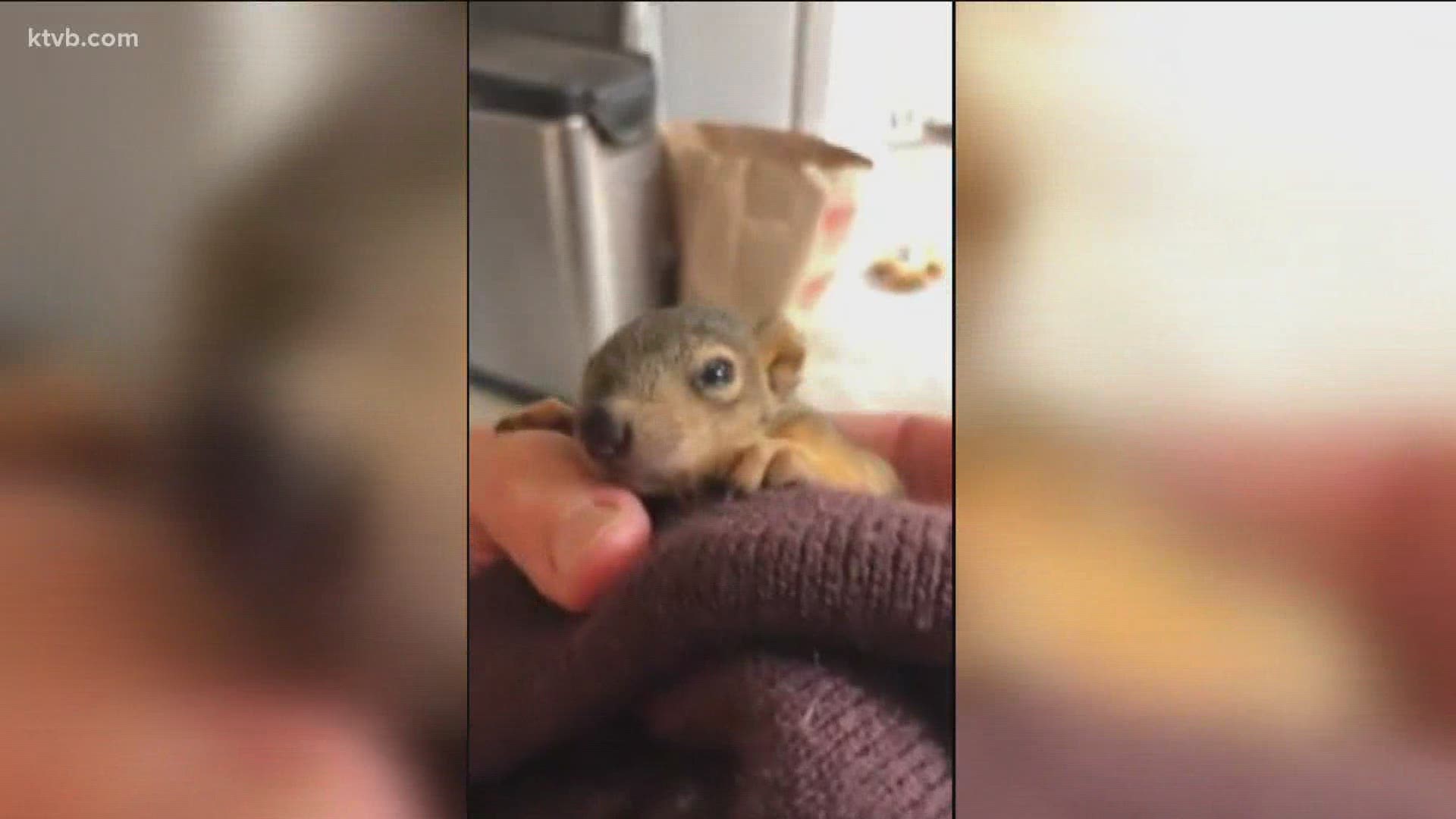 KUNA, Idaho — A Kuna couple has found themselves as caretakers to a squirrel.

Jim and Patty Hamm took in "Daisy" when she was just a baby.

"A young girl in Garden City posted that she had found a baby squirrel and would somebody please take care of it," Patty said. "My grandson called me and said 'grandma, grandma, we need to save this squirrel's life.'"

The couple agreed to adopt her. They fed Daisy, gave her baths, and kept her warm.

"She lives outside now, but she still comes inside when she wants to which is less and less - she would prefer us to move outside with her," Patty said. "She's just so much fun. She sits on the back window and looks in the window and wants us to come play with her, she loves to wrestle and likes me to tickle her tummy just like a little kitten."

The squirrel takes time each morning to greet the Hamms, but is acclimatizing to her outside life as well. Patty posts pictures and updates about Daisy on her social media frequently.

"I've never had one before, I'm not the crazy squirrel lady but I'm turning into that it feels like!" Patty said.

And it seems like the Hamms' turn as squirrel parents is not quite over: Patty and Jim are now caring for three more baby squirrels they found in their yard.

"They were very dehydrated and so cold so it was a long night that first night, but got them going and now they are doing well," Patty said.