The aggressive cougar followed the man through Dunn Forest as he ran away, but it was spooked by hikers with a dog. 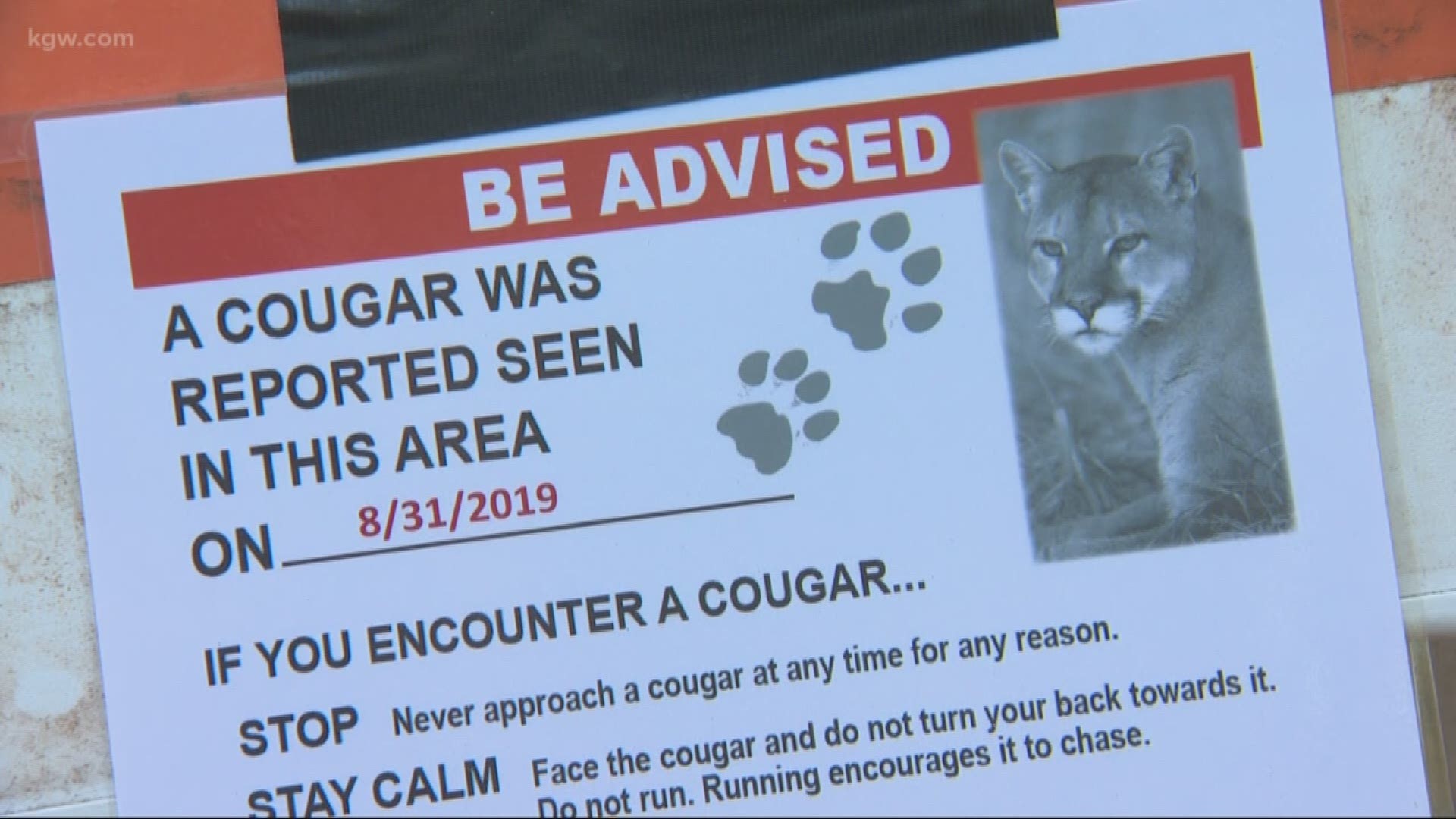 CORVALLIS, Ore. — A jogger running through a forest near Corvallis encountered an aggressive cougar and reportedly kicked the cat before trying to run away on Saturday, Oregon wildlife officials said.

Michelle Dennehy with the Oregon Department of Fish and Wildlife said the cougar followed the man as he ran through the forest, but hikers with a dog came around a corner, prompting it to flee, according to a report in the Corvallis Gazette-Times.

No one was hurt.

Dunn Forest, located north of Corvallis and operated by the Oregon State University College of Forestry, is closed while wildlife officials search for the cougar.

Dennehy confirmed to KGW that officials plan to kill the cougar because its aggressive behavior toward humans is dangerous.

The Oregon Department of Fish and Wildlife says Oregon is home to more than 6,600 cougars.

What to do if you encounter a cougar

MORE: What to do if you see a cougar in the wild