Dutch found a home after the Spokane Humane Society started a social media campaign called "Twelve Days of Dutch" to get him adopted. 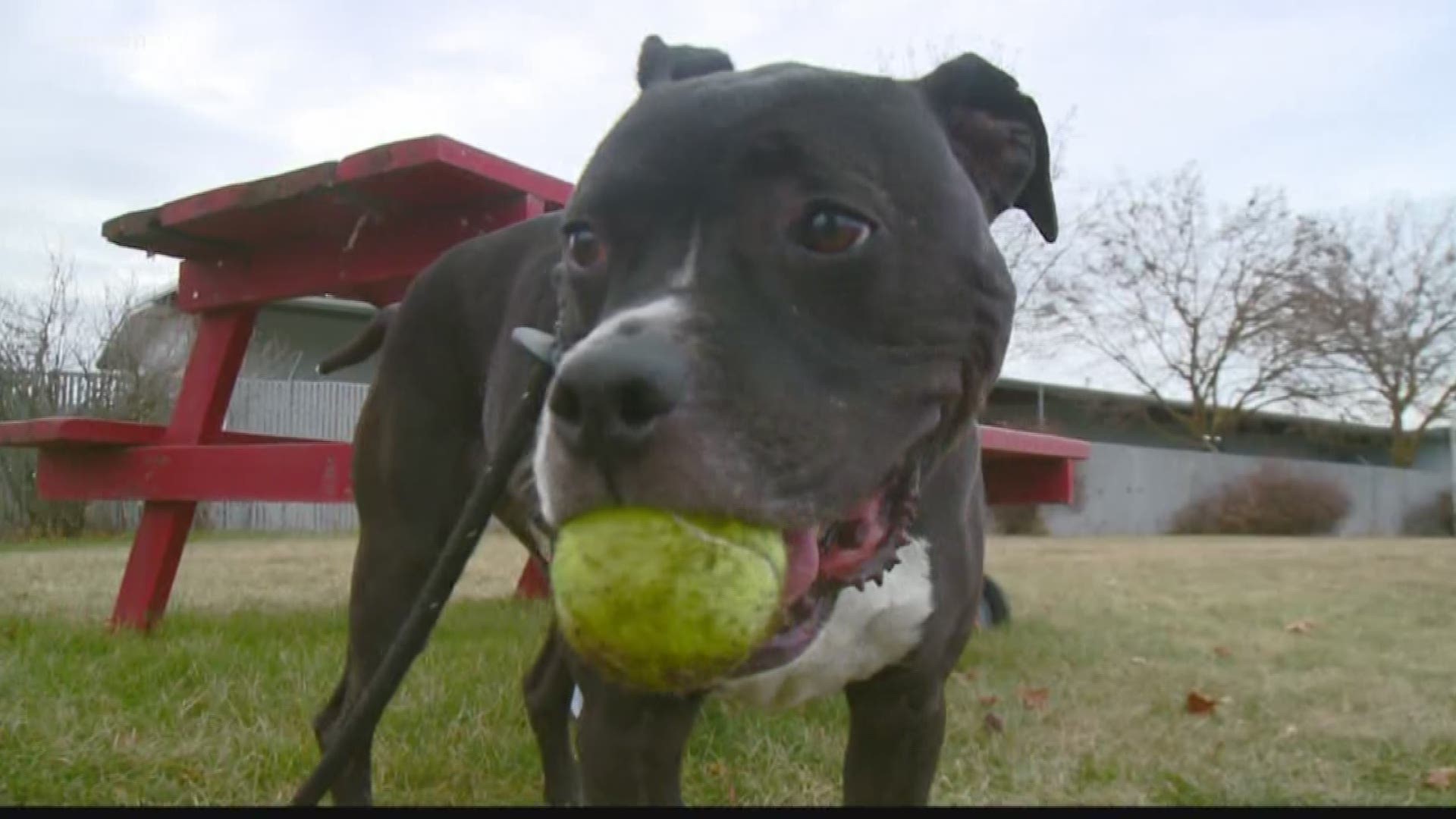 SPOKANE, Wash. — Dutch the dog found a loving home after the Spokane Humane Society started the "Twelve Days of Dutch," a social media campaign highlighting Dutch's best qualities, in an effort to get him adopted.

The campaign began on Dec. 1 in hopes of finding a home for Dutch, a 6-year-old American Staffordshire Terrier, before Christmas. They succeeded after only 7 days.

Spokane Humane Society
GREAT NEWS! 12 Days of Dutch lasted only 7 days. Santa delivered on ... Dutch's Christmas wish today. He found his forever home and is heading there now. We hope to share some photos of Dutch in his new home in a few days.

“Everyone at the shelter is talking about how our gift to each other is Dutch finding a home before Christmas,” the Humane Society wrote on Facebook.

Dutch had been at the Humane Society since March – but staff said they couldn’t figure out why since he is so sweet and funny.

Dutch is friendly, walks well on a leash, and listens to commands such as sit, stay, shake and down, staff said. He seems to do well with children but is not a fan of other animals.

The Humane Society shared several fun facts about the pup in order to get him adopted.

First, he is a “fetch fanatic” who will drop the ball right at your feet or into your hand. He’s also a coffee stand fan.

Spokane Humane Society
Twelve Days of Dutch: Day 2. He is a fetch fanatic! He will drop the ball right at your feet or right in your hand....

Those who are interested in adopting a new friend this Christmas can look at the animals up for adoption this season on the Humane Society's website.