Experts with the Oregon Coast Aquarium said there's nothing to fear, however. It was a juvenile salmon shark, which are common and don't attack humans. 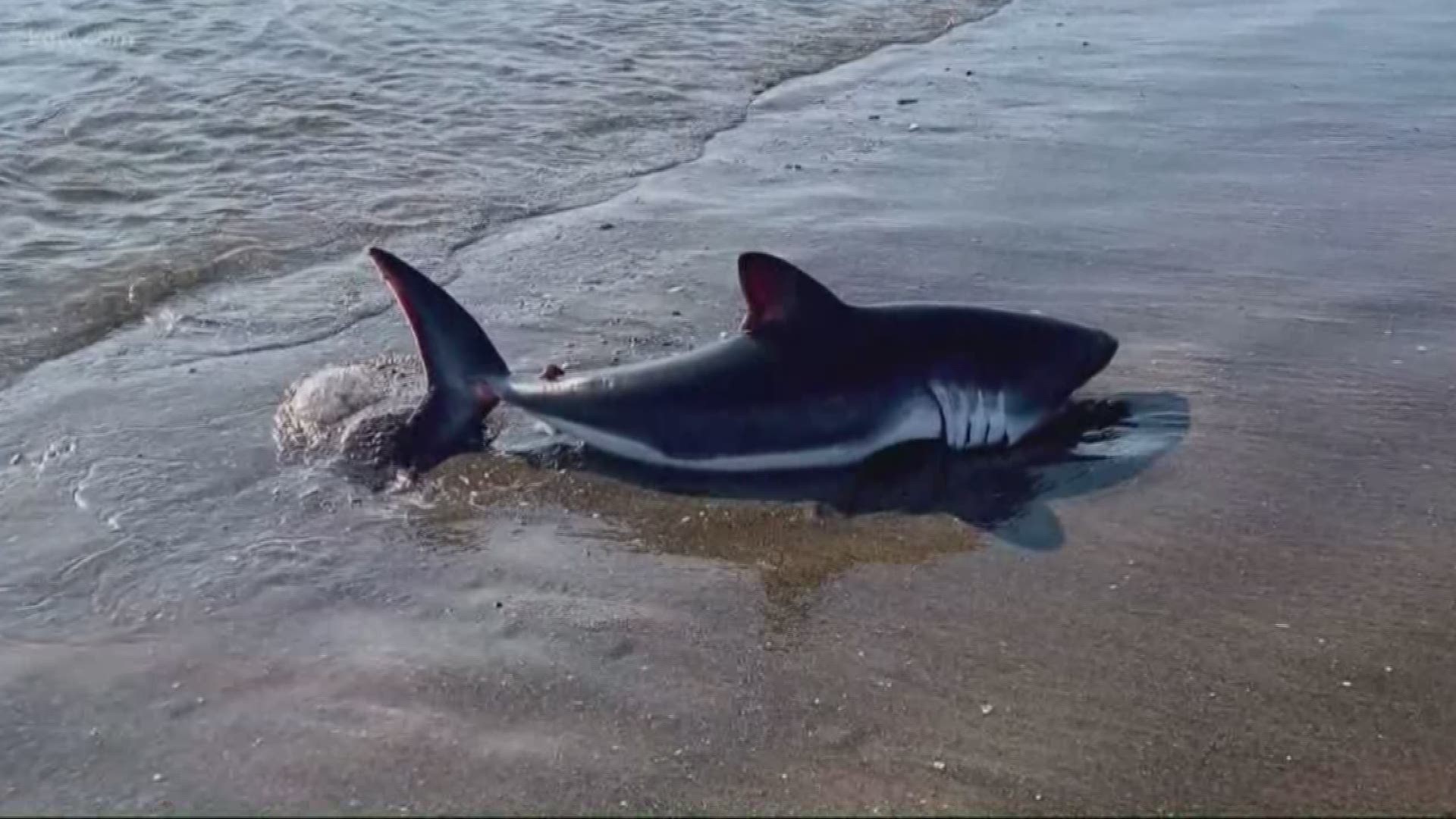 PACIFIC CITY, Ore. — Walking along the beach in Pacific City on Sunday, friends Julie Hurliman and Jill Boyer couldn’t believe what they were seeing.

A small, gray shark with a white belly was swimming in the shallow water near the shore, moving closer and closer to dry land, where it eventually beached itself.

“My kids were convinced it was a baby great white,” she said laughing.

The pair, with their children in tow, called the non-emergency line of the Oregon Department of Fish and Wildlife.

Experts responded to the Pacific City beach and helped launch the shark back into the ocean and it swam away.

KGW sent photos and videos of the animal to multiple agencies, including ODFW, looking for information about the breed.

"This is a juvenile salmon shark, and these strandings are very common at this time of the year. These sharks wash up on shore throughout the year, but the largest concentration is in the summer. The mothers give live birth off the California and Oregon coast, and most likely this juvenile shark was unable to thrive (typical for young animals – not all can survive to adulthood). The numbers this year are pretty consistent with other years and not outside of the normal range. A lot of people mistake the salmon sharks for baby great whites, but no need to fear - salmon sharks do not typically attack humans, and there has never been a reported incident in Oregon.

This story will be updated throughout the day.