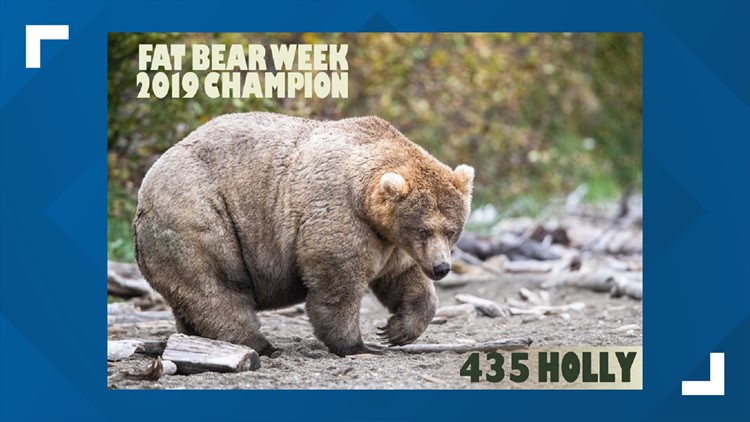 Consider it the March Madness for the biggest bears of them all: Alaska's Katmai National Park & Preserve on Facebook posts a bracket each year of a bunch of fat bears and asks voters to weigh in on who's the biggest. There only can be one champion.

Just look at the gains! No salmon was safe from big ol' Holly this summer!

"All hail Holly whose healthy heft will help her hibernate until the spring," the park wrote.

NPR says the competitors are coastal brown bears who hang out along the Brooks River, located in the southern Alaska park, searching for the biggest sockeye salmon around.

Katmai Conservancy media ranger Naomi Boak told the outlet the contest isn't at all about fat shaming. Bears need to pack in on the pounds during the winter because they'll lose a third about a third of their body fat, so this sort of feasting is encouraged.