Where are they now? Dawn Picken trades news for world travel

Dawn has added an impressive number of stamps to her passport since leaving KREM 2 News in 2008. Now she's living more than 7,000 miles away. 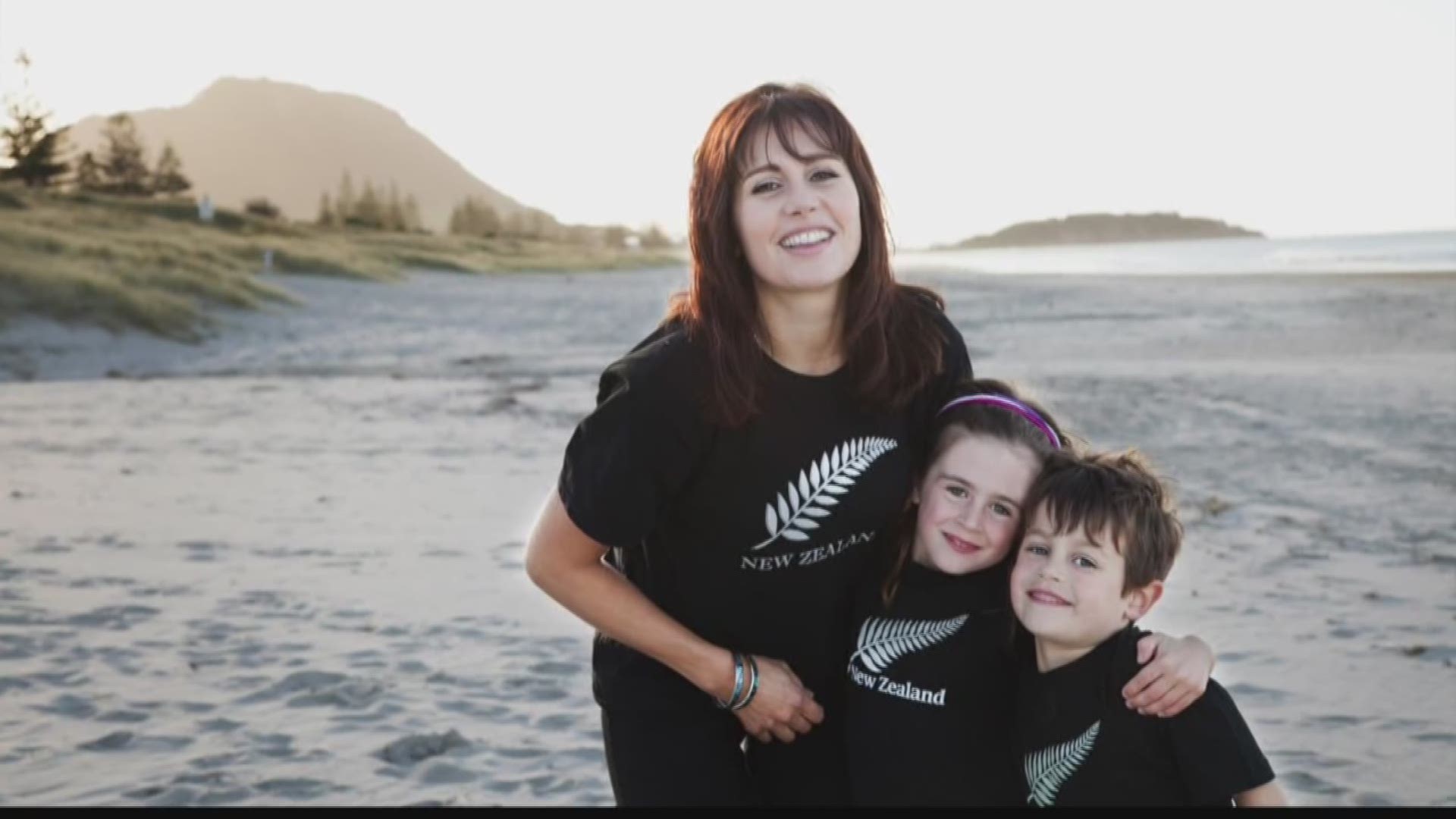 Dawn has added an impressive number of stamps to her passport since leaving KREM 2 News in 2008.

She trekked to 14 countries after packing up her life in Spokane. She and her two kids now call New Zealand home.

Since arriving in New Zealand almost a decade ago, the mother of two has worked as a community college instructor, freelances as a newspaper reporter and has written her memoir.

Yet it wasn’t her new career at Greater Spokane Incorporated that called Dawn abroad.

"I have decided to flout 'conventional wisdom' about 'not making any big decisions in the first year' after Sean’s death. Three months after losing my partner and father of our kids, that cliché doesn’t fit me. It feels like a straitjacket."

Dawn chronicled the 2010 loss of her husband Sean Stanelun (also a former KREM 2 News employee) online. She used her talent as a journalist and writer to explain the self-described "metaphorical leap" that came next.

The family tragedy catapulted Dawn into an around the world adventure with her two young children.

“We traveled five months before setting up house in New Zealand for what was meant to be a six-month stay,” explained Dawn who has since remarried to a man she met in New Zealand.

“It's been a wonderful place for me and the kids. Schools are good, the weather is mostly fantastic and I've found a running club that has delivered a wealth of friendships.”

It's that same running club that will bring Dawn back to the U.S. in 2019 for the New York City Marathon.

"It has been a dream for a very long time. A group of runners from New Zealand is going so I hope to cross the finish line."

Her love of writing has her seeking a publisher for my memoir. The book chronicles her husband’s illness, death and her family's world travels as she attempted to rebuild her life as a widow.

“We'll always return to Spokane, because it's where the kids and I still have friends-for-life kind of mates. They’re people we can pick up with after a couple years' absence, and it feels like we haven't been apart. I love my Spokane family and will always feel like I left part of my heart there.”

Dawn is no stranger to Spokane since moving away.

She most recently returned for a visit in 2017 and spent two days skiing.

She even came back to Spokane briefly after remarrying. Dawn and her current husband celebrated their marriage with a second ceremony for family and friends at St. John's Cathedral.

It's not only Spokane that Dawn misses. Occasionally she misses the world of TV news too.

“When I see reporters do stories that help to right wrongs," Dawn explained that's when she missing TV news the most. "And when I watch TV anchors who genuinely seem to enjoy each other's company.”

So she has returned part-time to her journalism roots. Her work can be found in The New Zealand Herald where she shares her opinions on everything from being an expat to this piece on the importance of local news:

"It can bring us out of our bubbles to learn new information and share moments with community members we otherwise might never meet.

Yes, the BBC, CNN, the Guardian, New York Times, and of course, New Zealand national news are always at our fingertips.

But journalists who cover the Bay of Plenty every day live here. We work, send our children and grandchildren to school, pay rates and build homes in this place. We're tethered financially, physically, emotionally."

It’s safe to say the same applies to Spokane, a city Dawn described as similar to her new home in Tauranga, New Zealand.

“Everyone is connected. That two degrees of separation feeling is much the same as I had in Spokane. Also, people are friendly and willing to help, which reminds me of folks at home.”

QUESTIONS FOR DAWN: Send your messages and question

VOTE: Pick who should be featured next