A Spokane woman recently returned from what many would call a daring adventure – and she lost 30 pounds along the way.

Tiahnna Willms, 23, grew up in Spokane Valley. She said she would not have described herself as “outdoorsy” during her childhood. Instead, she played soccer and team sports, and only began recreationally hiking after high school.

When her then-boyfriend Nick DeLangis suggested the two hike the 2,650-mile Pacific Crest Trail together, Willms agreed and spent every month from August 2017 to April 2018 planning for the journey. She even used Pinterest to research hiking gears and tips.

Willms had never been backpacking or hiking for more than 10 miles before hiking the Pacific Crest Trail, but she and DeLangis set off in April and recently returned home on Oct. 6.

DeLangis and Willms ended their relationship while they hiked the trail, but the two remained good friends and hiking partners.

Willms said she and DeLangis hiked only five miles on the first day.

“We kind of did like 10 to 15 miles miles through the Sierra Nevadas. By the time we were done, I was hiking like 25 miles, 30 miles every day. We did 36 miles one day and that was the longest we went,” Willms said.

Though Willms did not sustain any injuries, there were several hurdles she had to overcome along the way – including the elements. The hikers began in the hot desert of Mexico, which put strain on their bodies.

“We had to carry all of our water, so that put a lot of weight on my back,” Willms added.

They also ran into what Willms called a “crazy storm” in the mountains of California where pieces of the mountain were hurdling toward them and piles of hail were collecting in their laps.

“We put on our dry clothes later and I still felt wet because it was so cold,” Willms said.

After a long and difficult stretch of the trail in California and Oregon during fire season, Willms felt like she was finally home once she reached Washington.

“They call Oregon ‘the green tunnel,’” Willms said. “I felt like I was trapped in these woods and didn't know where I was.” 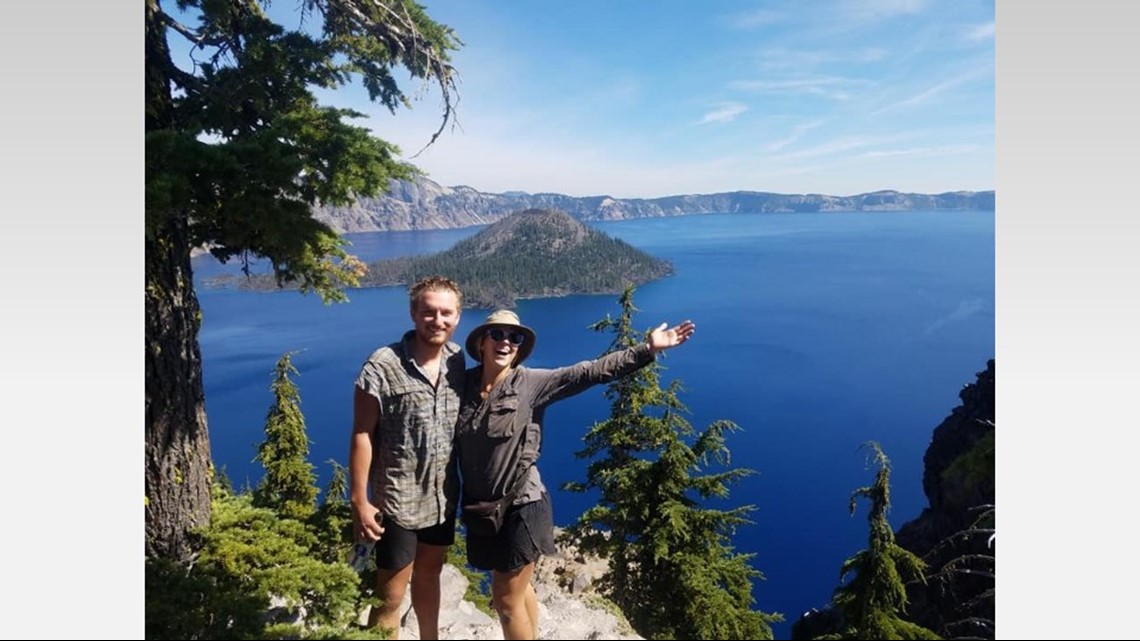 But the comfort did not last long. When DeLangis and Willms reached Canada near the end of the Pacific Crest Trail, it snowed. Their tent, gear and even their shoes froze and cracked in the cold. They found solace in knowing they had reached the last 100 miles of the trail.

“People had to get off the trail because they were suffering from hypothermia,” Willms said. “We had body heat in the tent and that saved us.”

Willms said one of the most difficult parts of hiking the trail was traveling with someone every day because she values her independence and alone time.

Despite the challenges, there were many memorable and breathtaking experiences. One of Willms’ favorite areas was the Sierra Nevada Mountains, which she called “stimulating.” She and DeLangis reached the area surrounded by lakes in July.

“These mountains were monstrous. We were climbing up to 10 to 12,000 feet every day. Hiking through the mountain passes was hard but the most rewarding,” Willms said.

The hikers also made a stop at Mt. Whitney in California, which is not located directly on the Pacific Crest Trail but lies nearby.

“I got to see the sunset on top of Mt. Whitney. I was with my boyfriend at the time and this other couple from the U.K….and nobody else was up there,” Willms added.

Willms now walks to and from work, runs long distances and maintains a healthy diet. She recently ran 13 miles in one day, a first for her.

“I really want to eat healthy food after eating garbage for months,” she added.

Willms said she lived an inactive lifestyle before hiking the Pacific Crest Trail and encourages people to try something like it during their lifetime.

“I really think everyone should try it. If somebody can really just take their time and be patient and be smart, anyone can do it…If you want to quit, you can quit,” she said.

You can see more of Willms and DeLangis' journey on their public Facebook blog.