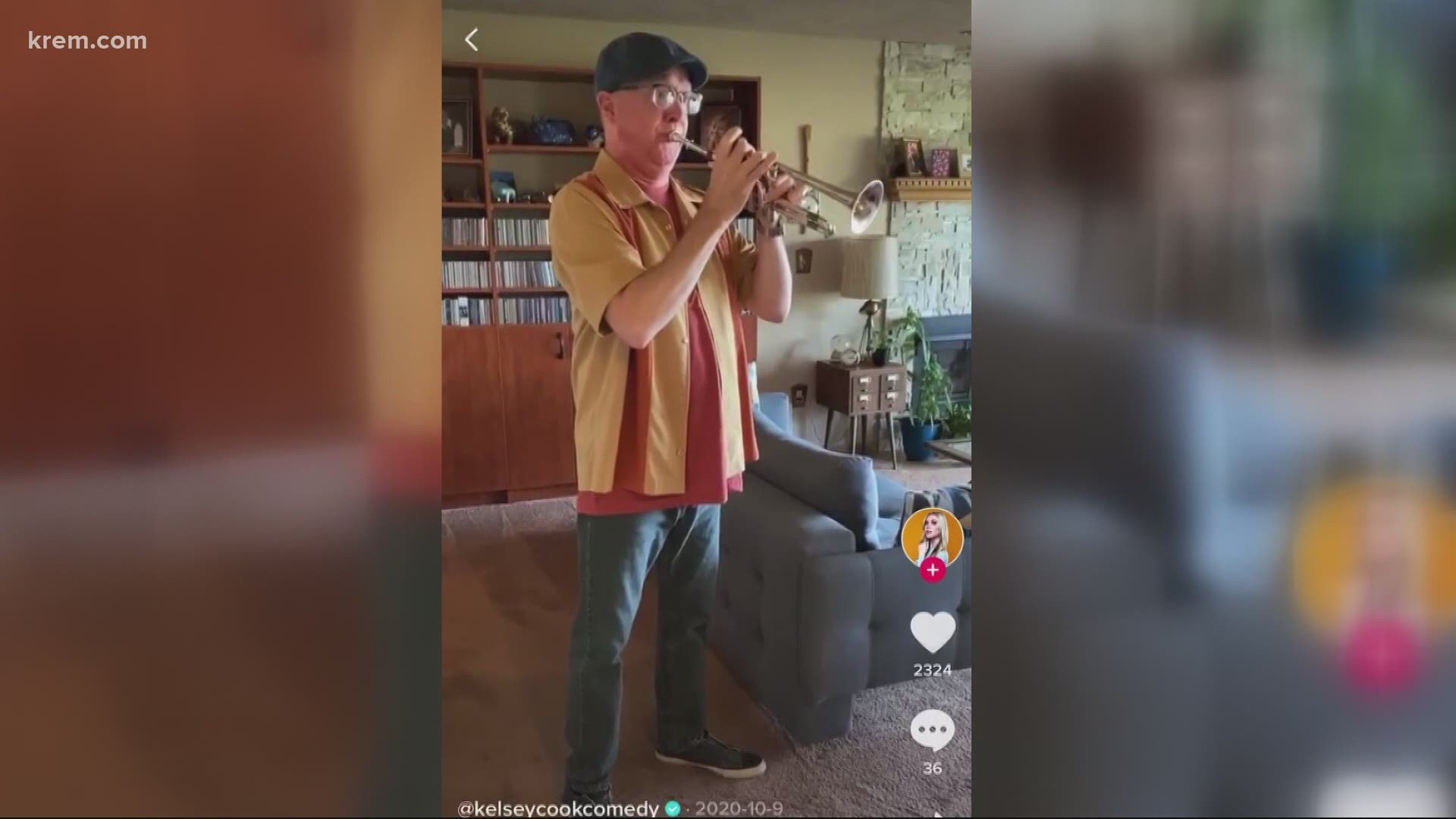 SPOKANE, Wash. — A Spokane father and daughter have gained social media fame by finding a unique way to showcase their skills online during quarantine.

The duo went viral on TikTok after Kelsey Cook challenged her father to cover popular songs on the trumpet.

Entertaining runs in the Cook family. Chris Cook has been playing the trumpet for the Spokane Symphony for 40 years. Kelsey Cook, his daughter, has a successful career in standup comedy which started at WSU.

“We’ve taken the things we can’t do and figured out a way to do them from his living room,” Kelsey Cook said.

The coronavirus may have kept them off the stage, but it didn’t keep them from performing.

“My entire life I have been hearing him play trumpet in the house,” said Kelsey.

She says growing up she always wondered if her Dad could play along with songs on the radio. “It took 31 years to finally ask him. He plays them by ear and writes out the notes on a piece of paper,” said Kelsey.

When Kesley posted the videos of her father playing the trumpet on Instagram and TikTok people loved them, and even challenged Chris to cover more songs. That's when Trumpet Tuesday was born.

“It is pretty funny to watch a dude in his 60’s play DMX on a trumpet. It’s hilarious because he is so good,” said Kelsey.

The weekly video series is getting the attention it deserves online, reaching over one hundred and forty thousand views on just one video. Comments not only include requests but also messages of support and praise.

“It’s hard to find videos on the internet that don’t have people leaving mean comments and somehow on these videos it’s all positivity,” said Kelsey.

“Once Kelsey opened up requests to her followers, they kept pouring in and they continue to do so now. The list is really long. I don’t see us wrapping this up anytime soon,” shared Chris.