An undocumented immigrant says she received a business card from ICE that showed a skull wielding two guns with the words "Welcome to the Border." 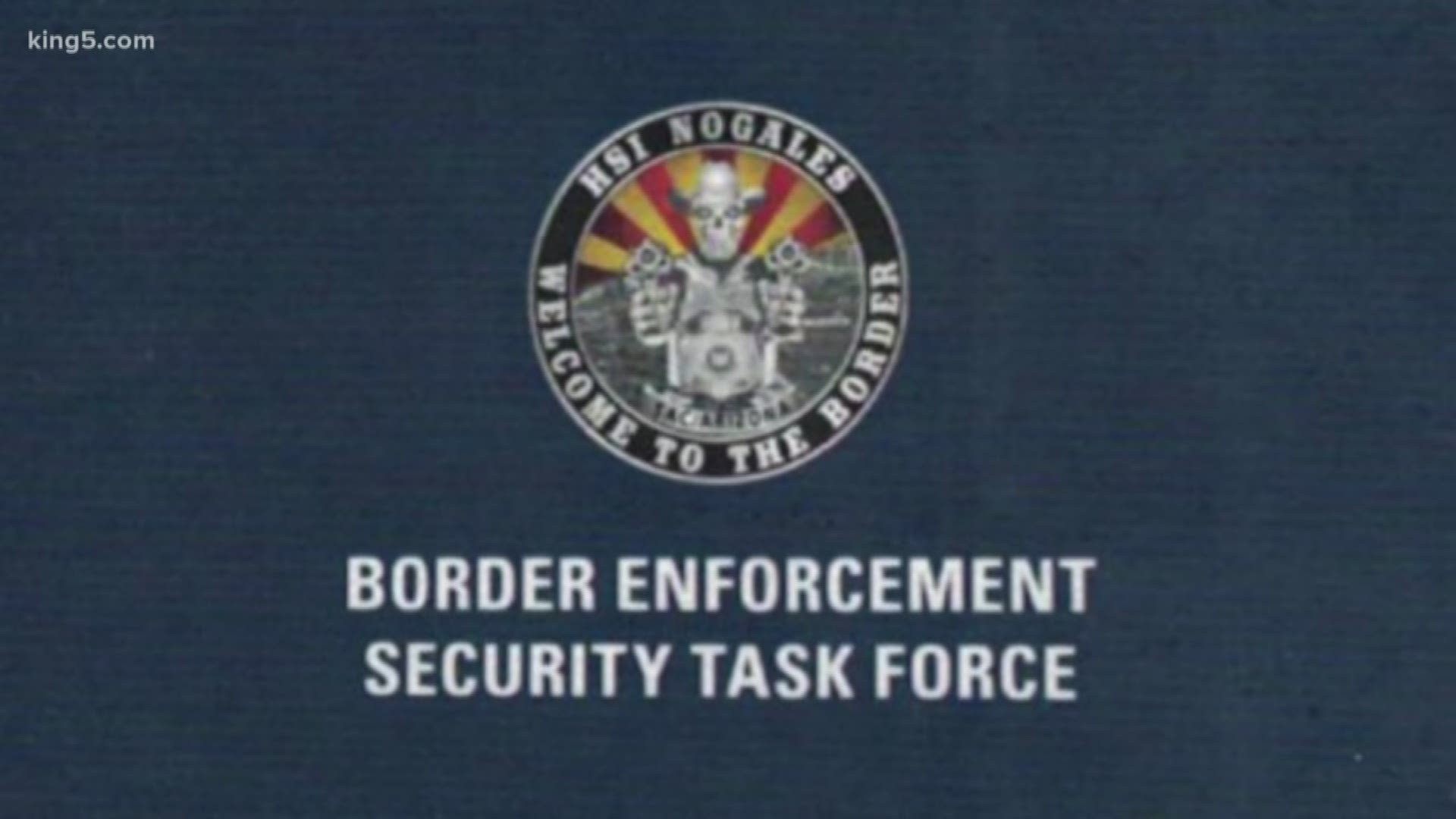 An undocumented immigrant is living in fear after receiving what she said was a threatening business card.

She has since moved her family out of their western Washington home and says she is scared to step outside, constantly looking to see if U.S. Immigration and Customs Enforcement agents are waiting.

"They will find me and then take me away and what are my kids going to do? They are my kids," said the woman, who wished to remain anonymous and is referred to as Melissa in this story.

However, like many other undocumented immigrants, she faces the threat of separation from her kids.

"My older one is having a lot of anxiety attacks," she said.

In early June, Melissa opened her door and found a business card left behind from someone named Agent Matthew Morrison with Homeland Security Investigations. The card showed a skull wielding two guns with the words "Welcome to the Border."

"I called my sister-in-law, and she told me they were looking for me," Melissa said.

She reached out to immigration attorney Stefania Ramos Birch.

"Instantly, I had an emotional reaction that this is wrong," Ramos Birch said.

She then picked up her phone, deciding to confront Agent Morrison.

"He chuckled when I confronted him and told him that his logo on the card was offensive and that it led me to believe that it was not a legitimate card and he did not address that," she said.

In an email to Ramos Birch, Agent Morrison said he was not investigating Melissa for immigration-related offenses, saying "if she chooses to cooperate with us, that will not have a negative impact on her status."

However, Melissa is not convinced.

"I still followed up via email because I still wasn't sure," he said, "but he did respond to his ICE email address. So we are pretty confident that he is a real ICE agent."

KING 5 reached out to ICE multiple times to see if Agent Morrison was an ICE agent, but ICE would not confirm Morrison’s employment. ICE refused a phone interview. An ICE spokesperson sent a statement saying, "the appropriate steps have been taken to prevent further distribution." The statement went on to say the card was not meant to intimidate the public and that agency business cards follow certain branding guidelines.

"I understand that's still what happened to vulnerable members of our community," Ramos Birch said.

In a phone interview, a Homeland Security agent out of Washington state said the goal of the agency is to enforce the law, not cause panic.

"There should be no fear with our particular agency," said Robert Medellin with Homeland Security Investigations. "If you see us out in the community, normally we are in plain clothes and so forth, but if we are doing an operation, any kind of enforcement action, you will see us out there. We will have jackets on that will have 'police' on the back, and right below police it says 'HSI.'"

Medellin said the jobs of ICE agents are so much more than tracking down undocumented immigrants. He said they are often investigating cyber security crimes, human trafficking issues and like any other police department they are just enforcing the law.

However, Ramos Birch said in Melissa’s case, something needs to be done.

"There needs to be more oversight, congressional oversight, as well as accountability within the department of Homeland Security if we are going to prevent anything like this from happening again," she said.

Barón said Sen. Patty Murray's office told him they are looking into the matter.

Her office sent a statement to KING 5 saying, "this image is clearly frightening, inappropriate, and shouldn’t have been used by a government official. Senator Murray has raised this with DHS and will continue working to stop this Administration’s many efforts to scare and hurt immigrant families in Washington state.”

KING 5 reached out to Sen. Maria Cantwell but have not yet heard back from her.

Melissa said if she could fix her situation she would. Her brother filed a family petition for her in 2001 and then died before she could change her status. She must now wait until her 17-year-old child turns 21 to apply for residency.

"It's still very scary to go outside, and [I'm worried] that something can happen to us," Melissa said.