The navy blue North Face was purchased at the Real Life Ministries Thrift Store in Pinehurst. 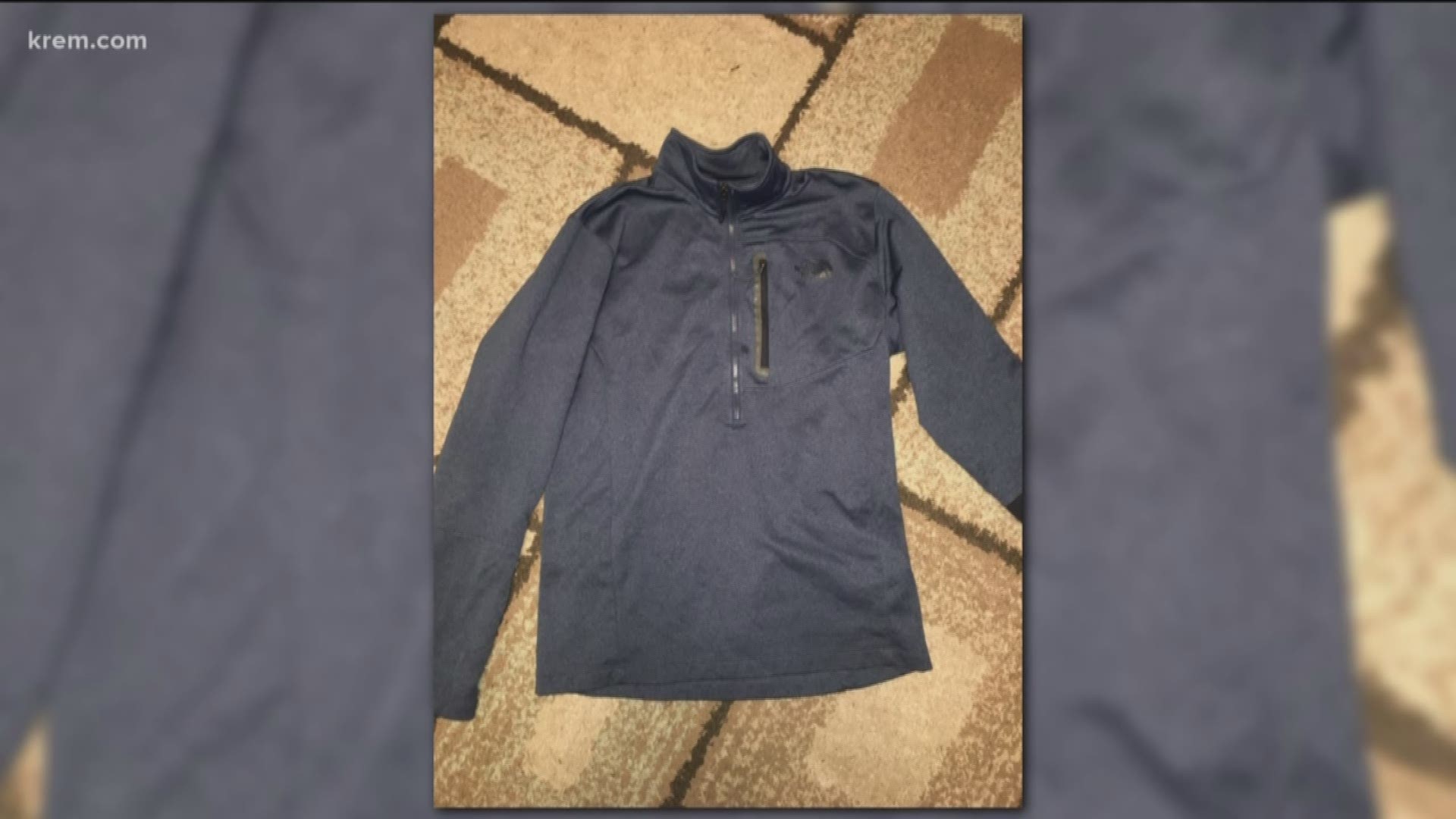 PINEHURST, Idaho — A woman in Pinehurst is looking a person who donated a men’s jacket to a thrift store after she found something valuable in the pocket.

Heather Gardner picked up the navy blue North Face at the Real Life Ministries Thrift Store in Pinehurst for her fiancé, Dustin, about a month ago.

“I was flipping through the men’s jackets when I found the blue North Face one and was shocked nobody had gotten it all day and I had scored on such a find,” Gardner said.

She said weeks went by and her fiancé wore the jacket multiple times. She said one night, Dustin was playing around with her daughter. While they were playing, her daughter unzipped one of the pockets and found an engagement ring.

“After reaching in she had pulled out a very sentimental item and asked us whose it was. Startled, we both didn’t know what to do but to answer not mine,” Gardener said.

At first, they thought this might be a blessing, because she said times had been tough lately. After a few days of research, she realized they needed to find the owner of the ring.

Heather Gardner
ATTENTION TO THE ORIGINAL OWNER OF THIS BLUE NORTHFACE JACKET! I bought this jacket a few weeks ago at the real life thrift store in Pinehurst. We discovered something very meaningful in the pocket...

“After seeing that I then decided to make a Facebook post asking for the original owner of the jacket to please reach out to me. I was in shocked because of such a small town they say the word goes around and that’s no lie! I’m just three days I had over 120 shares on the post,” she said.

So far, no one has claimed the jacket or the ring.

“I know if this was mine I would be lost, and destroyed not having it! I hope to find the owner and do the only right thing by getting it back,” she said.

Gardner isn’t giving out a description of the ring in hopes the rightful owner would be able to describe its features.