'This was a first': Six-foot alligator captured in southern Idaho

The gator, named "Gomer," was later returned to his owner at a nearby reptile sanctuary. 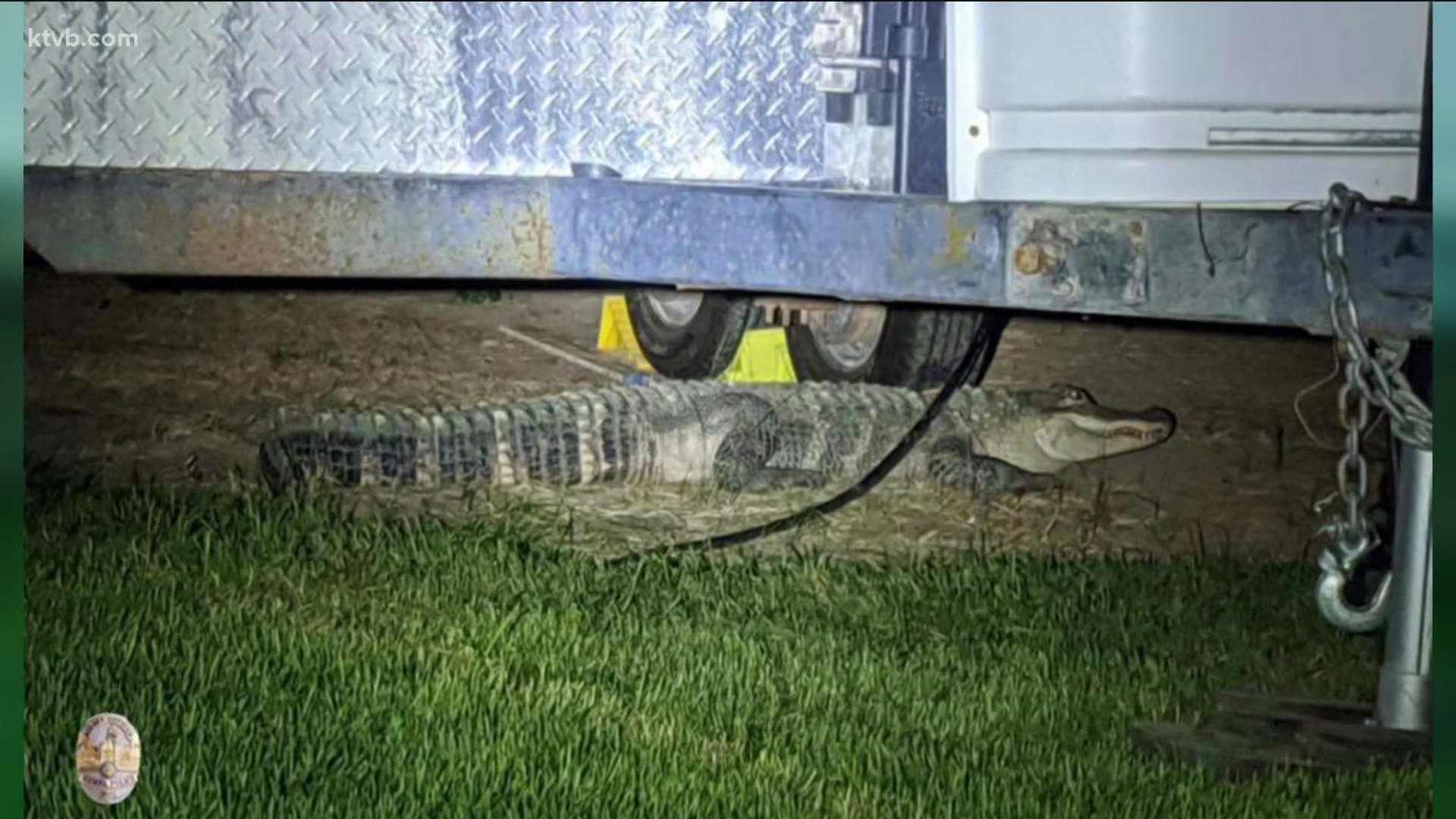 NAMPA, Idaho — Nampa police officers this week found themselves helping to wrangle a rather unusual animal - at least in Idaho.

The department said in a Twitter post that they helped Idaho Fish and Game officers subdue a six-foot alligator during a call Tuesday night.

"This is Nampa, IDAHO not Tampa, FLORIDA," police said in the tweet, noting that they have had to deal with other animals on occasion, including cows, horses, deer and even a moose.

"I'm a pharmacist, I know how hallucinogenics work and I certainly haven't taken any," Springer said. "I took some pictures just to verify, am I seeing something in the shadows?"

He initially thought the alligator was a large iguana, but when he realized it wasn't, he called 911.

"I honestly didn't think it was going to be real," said Nampa Police Cpl. Tonna Marek. "I also thought it could be a pool toy."

Marek later arrived on the scene with three other officers.

The officers worked with Idaho Fish and Game and got a hold of the alligator's owner, Tyler Messina, who owns a rescue facility called Idaho Reptile Zoo.

Messina told KTVB that he noticed the alligator, named Gomer, had escaped from its temporary enclosure that morning. The big reptile is now safely back with his owner.

The entire experience is now something all parties involved will remember for years to come.

"It just truly was a fun experience and one of those that will definitely go down in the memory book for my career," Marek said.

In order to own an alligator, a person must have a special permit, according to Idaho Fish and Game. A spokesperson for the department told KTVB that there are only three permit holders in the Treasure Valley. One of them belongs to Messina.

This is Nampa, IDAHO not Tampa, FLORIDA, but we found ourselves helping Idaho Fish & Game on this call last night.
We sometimes herd cows,horses,occasionally deal w/deer and even a moose last year.
but a 6’ alligator?
In Nampa?
This was a first.#OhSnap #SeeYaLater #NampaGator 🐊 pic.twitter.com/o12L6Le612

RELATED: Boise couple finds pair of baby squirrels in their backyard, nurses them back to health