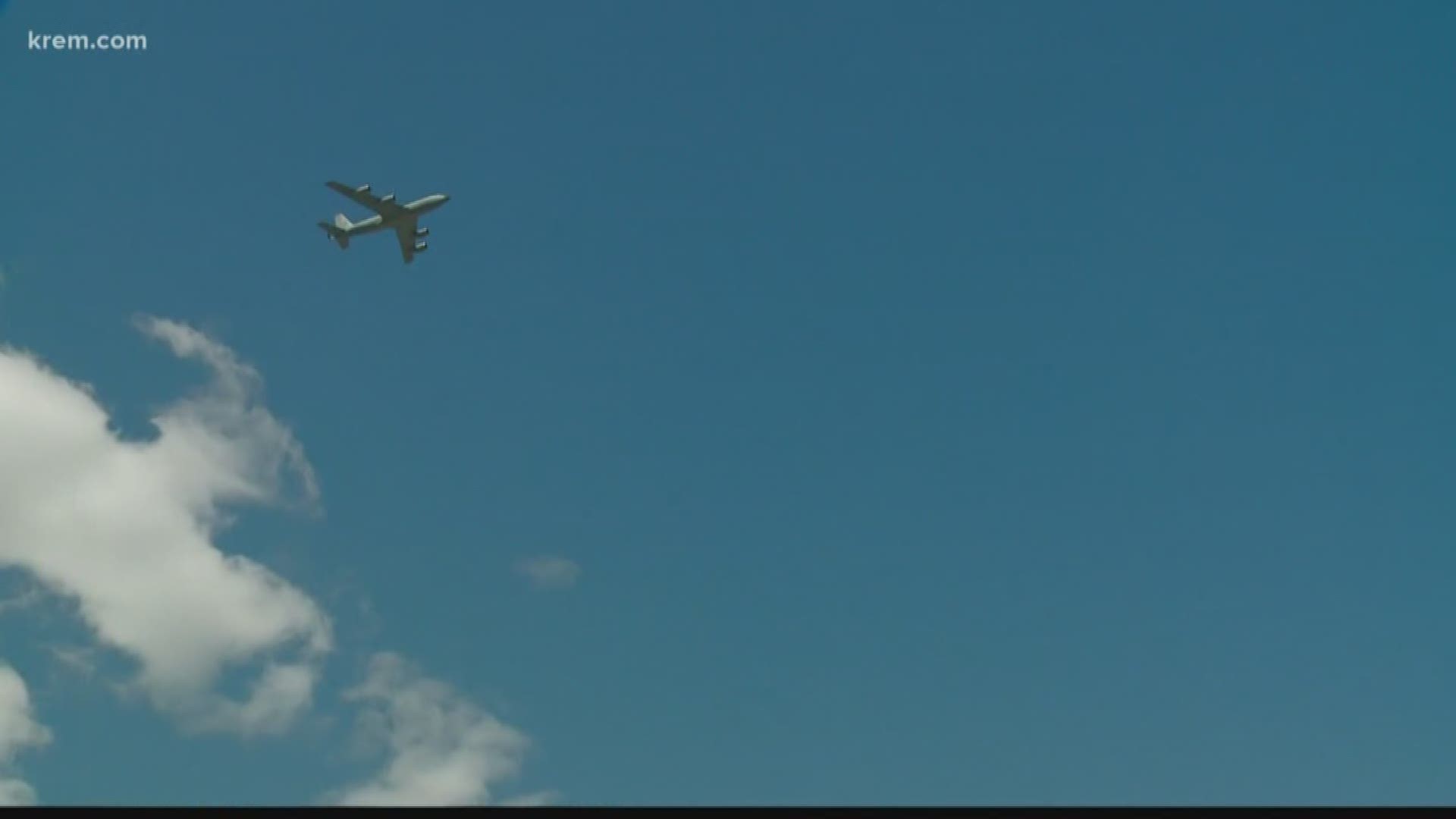 SPOKANE COUNTY, Wash. — Editor's note: The above video is a story KREM covered about Fairchild tankers that honored medical workers with flyover reported on 05/08/2020.

The Fourth of July festivities included a tribute to the World War II fighter planes on Saturday.

The Historic Flight Foundation hosted five historic World War II aircrafts as they completed a regional tour to mark the nation’s independence. The flights arrived over Spokane at approximately 5:45 p.m. after passing over Rosalia, Spangle and Reardan.

From there, the flights departed at 6:45 p.m. for Liberty Lake, Coeur d’Alene and the Idaho Panhandle, a spokesperson for the Historic Flight Foundation said.

Many KREM 2 viewers shared their videos capturing the beautiful moments of the five fighter planes that flew over Harbor Island in Post Falls, Idaho.

Geraghty said the aircraft made a pit stop to the Foundation’s hangar at Felts Field to refuel and prepare for their final sortie of the day. Although the HFF Museum itself is closed due to the COVID-19 restrictions, Geraghty says the public was able to view the aircraft from public parking lots at the airport.

The tribute flight is the brainchild of Lewiston businessman Gary Peters whose Hangar 180 museum normally sponsors a July 4th airshow. Working with the Planes of Fame Museum of Chino, California, the aircraft made a 12-hour tour of the inland northwest, Geraghty said.

“In a summer without airshows, this formation will honor our veterans, salute our history and rekindle patriotism on Independence Day. I hope people will stop by Felts Field to see some of the now rare aircraft that helped win World War II” said John Sessions, Chairman of the Historic Flight Foundation.

RELATED: 4th of July eclipse to kick off busy month for astronomy fans