In honor of Asian American and Pacific Islander heritage month Up with KREM is celebrating local leaders, restaurants, and dancers in the Inland Northwest. 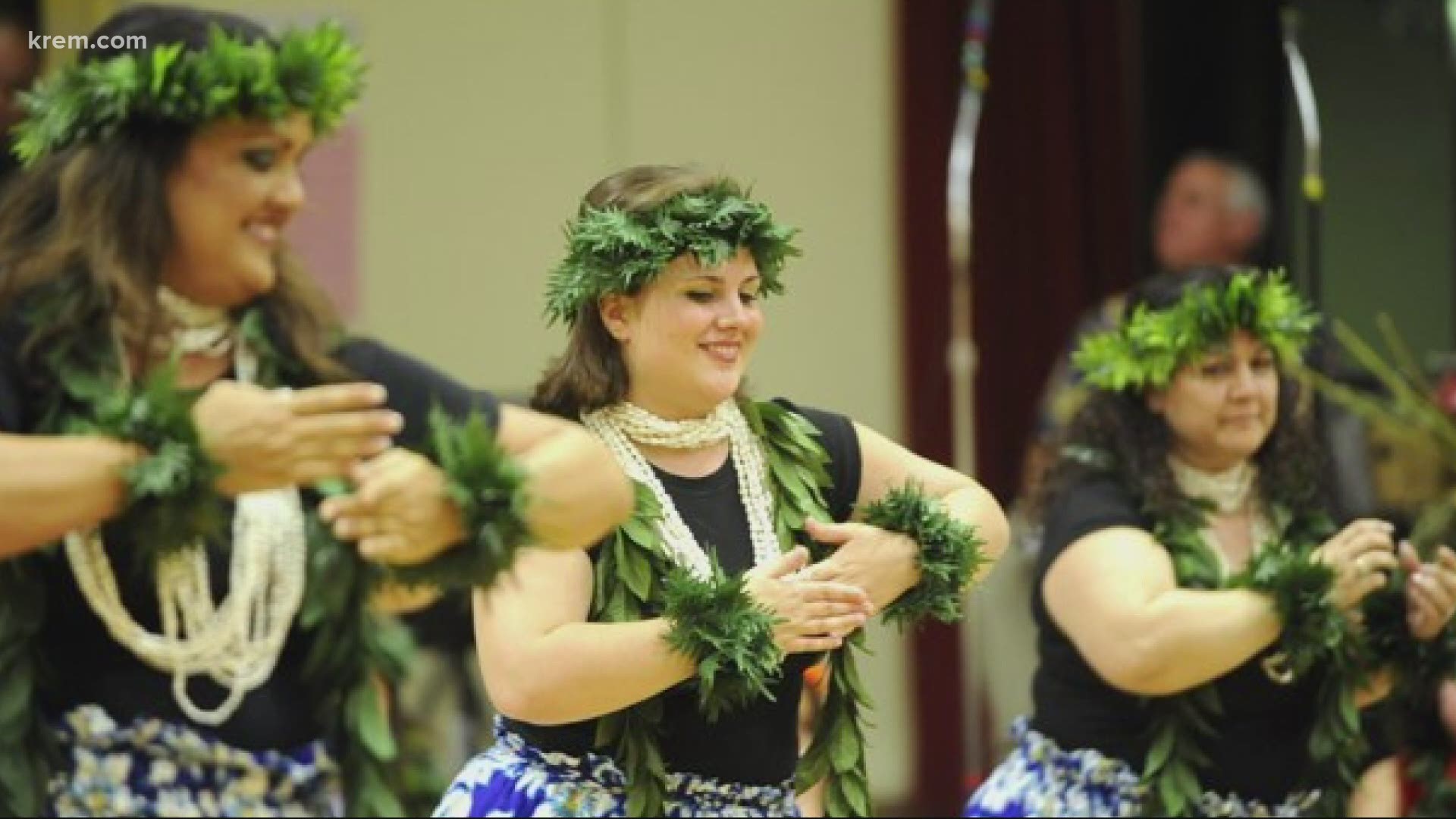 SPOKANE, Wash. — Spokane has a strong connection to the Hawaiian Islands, especially when it comes to dancing.

“I love when people love Hawaii and want to learn about it too,” Mary Ann Souza said. She owns the Northwest Hula Company. She said with hula dancing so many people want to learn more about the Hawaiian culture so she does everything she can to preserve and teach it. Up With KREM’s Danamarie McNicholl had the opportunity to take a hula dancing lesson from Mary Ann who was born and raised in Hawaii.

“The Pacific Islander community likes to keep the community alive," she said. When we get together we like to speak the way we speak in Hawaii which is the local style of talk.”

“The hands tell all the story of the hula,” said Auntie Bernie. She said we have to understand what the words mean and what the composer was thinking when the song was written to dance the hula correctly.

“It’s just how you feel about it. That’s what hula is all about,” said Bernie.

Auntie Bernie says she still loves to dance the hula. She is a well-loved and respected elder in the Pacific Islander community. She says Hawaii is a melting pot for so many different nationalities.

“I like to teach people that it’s multicultural. We have a pidgin language because growing up in Hawaii, different people try to talk to each other in different languages. It’s become its own language in a way, and that’s why it gets disrespected,” said Souza.

“Food is the way we connect to the world because food is a fusion," she said. "We started fusion before it was even a thing. That is what we bring to Spokane.”