Tips for going through a hard time, from someone who has been through too many. 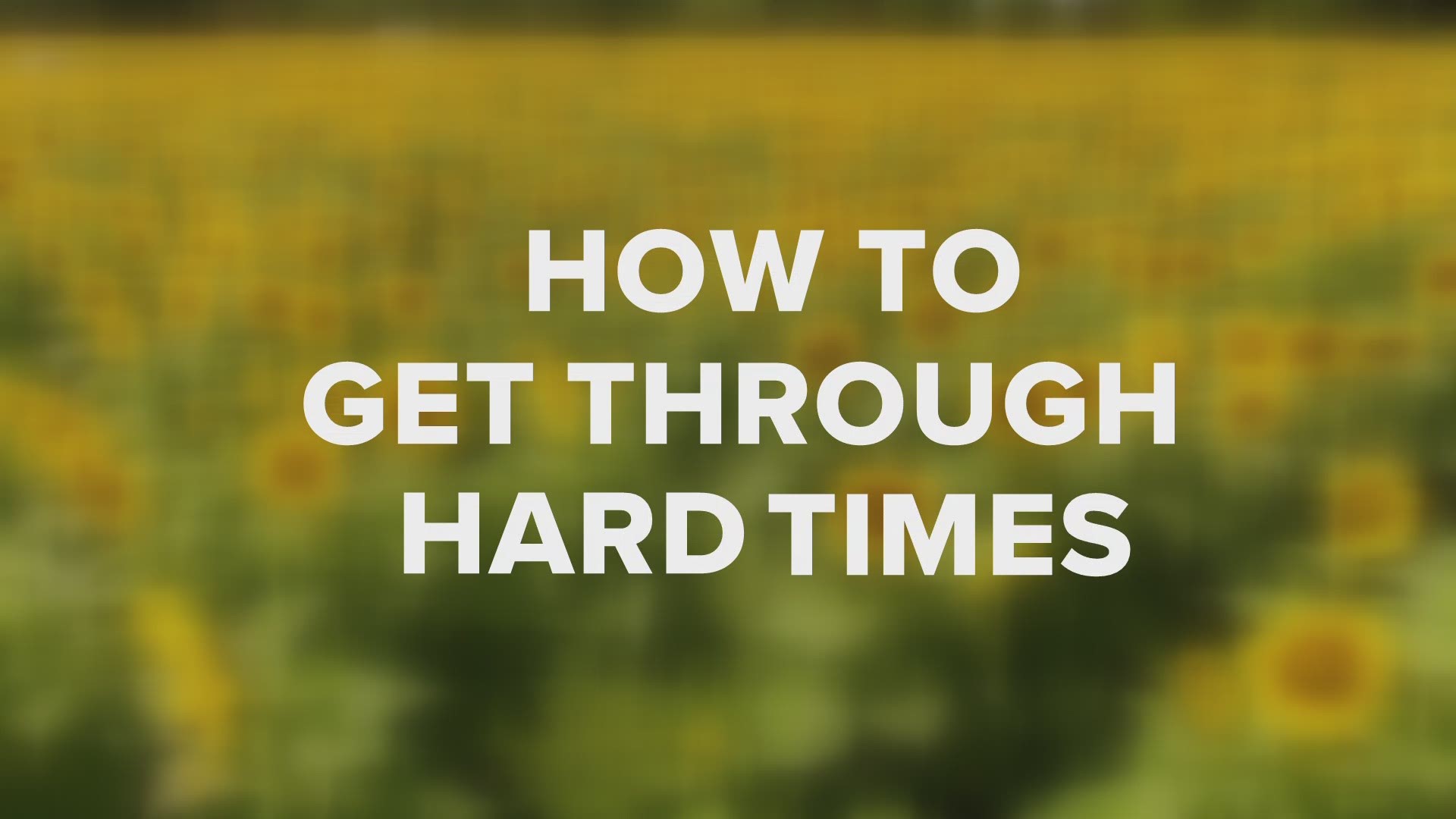 Sonya Goins never really set out to be "the strong one."

She's known among friends and strangers as a shining light of inspiration, someone who always finds the positive in the face of more struggles than one person should have to handle. They even started calling her "Sonya Strong" - a moniker that she eventually embraced.

Sonya was diagnosed with Crohn's disease in college. Two years ago, she had inflammation in her colon that eventually caused her to have to go on an IV for her nutrients. She couldn't eat solid foods. In January, she finally had her colon removed.

Seven months later, she was diagnosed with stage 2 breast cancer.

Facing challenges like the ones in front of Sonya requires intentionality. She has sought the help of a therapist. She has leaned on her faith. She finds strength in prayer.

And throughout the journey, she has figured out some strategies that help her face the day. Here are her tips for getting through a hard time.

"Sometimes you just have to dig deep down inside of you and find something positive out of your situation just to get to that next minute or next hour," Sonya said.

In the darkest moments, thinking about your whole future can simply be too much.

"I wouldn't think long-term," she said. "Think about getting through the next five minutes. Then it's the next hour. The next day."

Sonya has reminded herself many times, and her loved ones have reminded her, that trials are temporary.

"I always, always believed that I would get through this," she said.

When Sonya went on an IV pack, she didn't stop running.

"People thought it was crazy, because you don't have enough calories to run when you're being fed by IV," Sonya said.

She had to keep the bag on her while she ran. She did several races this way - including half-marathons as part of Team Challenge, in support of the Crohn's & Colitis Foundation.

"It took everything I had in me to complete those races," she said. "I did that for two reasons. One, to say 'Take that, Crohn's.' And two, to give other people hope."

Sonya said her health battles have prompted her to live each day like it could be her last.

There are days where Sonya does not want to go to chemo.

"That's when I have to say to myself, 'You are Sonya Strong. You can do this. This is only temporary. There is light at the end of the tunnel. And you're going to show people, you know, in eight months or whenever this is over with, just how strong you were. Because you can do this."

Positive talk is prevalent on her social media channels. She posts things like, "Today is going to be fabulous!" "The sun is shining, and the fall colors are amazing." "In due time everything falls into place. Keep doing right and keep working toward your goals. What God has for you is for you!"

Sometimes the messages might feel to the reader like they were hand-written just for them. But in fact, Sonya has a secret. Those are the things she's saying to herself.

Negative thoughts are difficult to avoid, especially during stressful times.

Sonya said she tries to push them out. But sometimes she has to take another step and go to her "happy place."

That place, for her, is a real place. Sonya went to Turks and Caicos Islands a couple of years ago.

"I remember the beach and the water," she said. "Sometimes you have to visualize things."

You might not be in that happy place physically at the moment, but you can recall the good things in your life.

"I recall the beach, the nice sand," she said. "I can feel the sand, you know, I can smell the sea.

Sonya said when things are really bad, she thinks about those good things.

Part of Sonya's chemo routine is that she takes to TikTok and dances off the stress. A couple times she didn't think she could pull it off, because she was given Benadryl by the hospital staff.

"So I have to wait until the Benadryl wears off before I can do it," she said with a laugh.

Credit: Sonya Goins
A chemo session would not be complete without a TikTok dance.

Seriously, though, the dancing seems to help.

"Because it almost makes light of the situation too, kind of. You know?"

Sonya draws on music for encouragement more broadly, too. She remembers simple songs from Sunday school. "This little light of mine," for some reason, brings a sense of peace.

Sonya is open about her health journey. She has long been a public figure as a television reporter for CCX Media. She posts honest medical updates on social media. She even tells people when she is discouraged, and not doing well.

It's not necessarily easy to do this - but it is on purpose.

When Sonya was diagnosed with Crohn's years ago, there were not many resources available to her. And no one talked about it.

"I felt alone," she said. "And I don't want anyone else to feel alone in their situation. So I feel like if I share my story, maybe somebody else ... will say, 'I'm going through that too. And look, she's living her life, maybe I can live my life too.'"

Sonya's daughter has set up a GoFundMe to help with her medical expenses.