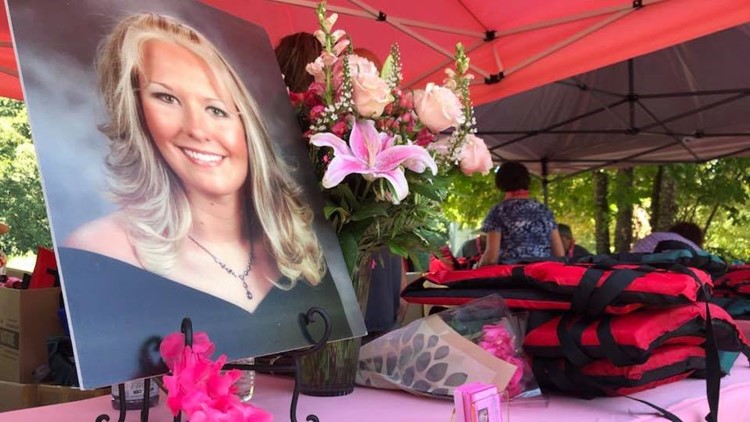 Family gives away 1,000 life jackets to save lives, honor daughter who drowned

CLACKAMAS, Ore. – It’s been five years since 26-year-old Meagan O’Meara-Clark went swimming without a life jacket, got caught in the current of the Clackamas River and drowned.

She was a strong swimmer. Yet, on July 5, 2013, she wasn’t able to escape a whirlpool near Barton Park.

Crews searched the area for two days. Her family went out to help and eventually found Meagan’s body.

Soon after the tragic event, Meagan’s family came up with an idea to honor her. They called it “Meg’s Moments.”

Every year, Meagan’s family raises money to buy life jackets they give away around the anniversary of her death.

"This is, in our way, a tribute to her because we want people to be safe, and we don't want them to have to go through what we did," said Rob O’Meara, Meagan's father.

Last year, they gave away 600 life jackets. One of those life jackets was given to a woman right before she went tubing. Her tube deflated, and firefighters said without that life jacket, she would have drowned.

On Saturday, Meg’s Moments gave away 1,000 life jackets at a busy Barton Park.

For more on information about the group, click here