Spokane's oldest neighborhood lies just west of downtown. It was an untamed section of forest when John J. Browne purchased the land in the late 1870s. 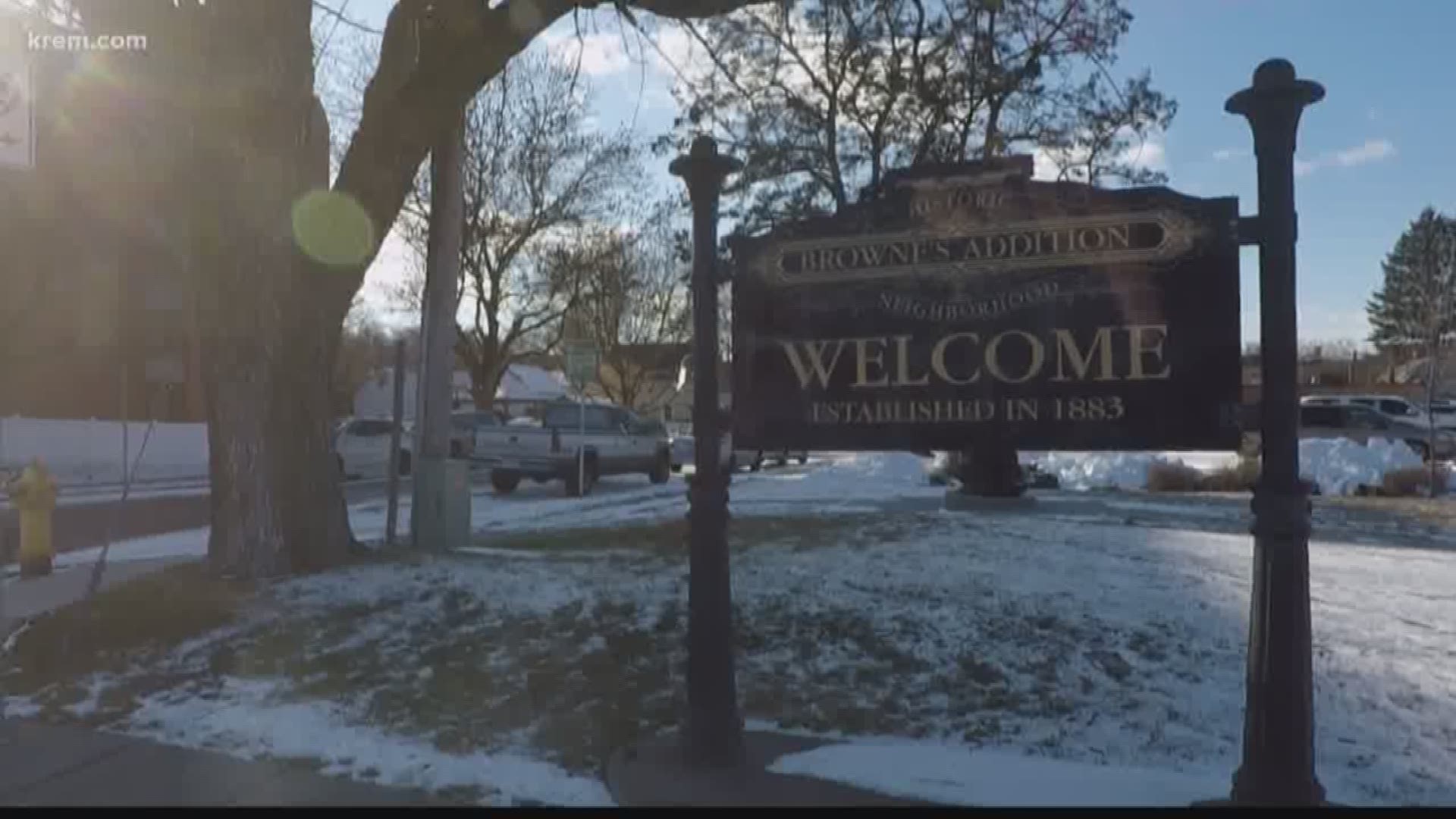 SPOKANE, Wash. — Browne's Addition has had its fair share of ups and downs since it was established in 1883 but it has stood the test of time as Spokane’s first neighborhood.

Browne’s Additions lies just west of downtown Spokane. It was an untamed section of forest when John J. Browne purchased the land in the late 1870s. According to historical records, he arrived in Spokane in 1878 from Portland, Oregon.

Prominent business owners made their way to what would soon be known as Browne’s Addition. The budding neighborhood was situated perfectly for business people to live away from the bustle of downtown but was close enough to have phone lines and street cars to their downtown businesses.

"When he [Browne] started plotting the properties out people quickly started buying in,” Anna Harbine, curator of archives and special collections at the Northwest Museum of Arts and Culture, said. "He established this as a place that was far enough from the city center, but you could still be close enough to your business."

Decadent mansions still line the streets today. Many of Spokane’s most prominent families, such as John A. Finch, James Clark and Patsy Clark, built homes in the area. The Grace Campbell House, built in 1898, has been restored and is a life-size artifact people can tour through the Northwest Museum of Arts and Culture.

By the 1920s, the neighborhood started to see some changes as more people arrived in Spokane.

“So demands for affordable housing close to the city center became more prominent and so families started to move out of Browne's Addition and their mansions and homes were converted to apartments,” Harbine said.

Ariana Kamaliazad lives in a house divided into a duplex. She said she has lived in the neighborhood for four years and enjoys the diverse architecture, inviting green space and the people who call it home.

"It's like a really beautiful and also kind of quiet neighborhood,” Kamaliazad said. "You get to know your neighbors young and old."

By the 1980s, the neighborhood hit a low point. The buildings were not being maintained and crime and drug use had moved in.

"Citywide things were kind of running down. Historic preservation wasn't seen as maybe as important and old homes especially where being demolished. Browne's Addition was unique as many of the mansions were converted into apartments rather than being demolished,” Harbine said.

It would be the work to preserve Browne’s Addition’s historic homes that would help turn the neighborhood around.

In 1976, Browne's Addition was placed on the National Register of Historic Places as a Historical District. This jumpstarted efforts to restore old buildings and revitalize the neighborhood.

John Allison, a partner with Eymann Allison Hunter Jones, said they turned the Patsy Clark Mansion into their law offices about 15 years ago.

"It's so close to downtown. It's a fantastic place to live in and work,” Allison said. "I think that people who are moving in are thinking it is not as bad number one, and if they can be part of the solution by rehabbing their property and taking pride in the neighborhood, things are getting better and we are certainly seeing that."

The Browne’s Addition Neighborhood Council has worked for years to continue the progress in the neighborhood. For two years, the group has been trying to establish Browne’s Addition as a local historic district. It would be Spokane’s first neighborhood to do so, according the organization’s chairman Rick Biggerstaff. They will pass the vote onto property owners this spring.

“This is a big deal as we consider the historic nature of our neighborhood, the critically important need for public transportation and our quest for traffic calming. All this has made for an interesting amount of work and communication,” Biggerstaff said.

For those who live and work in Browne’s Addition, there is a lot of hope that the history in the neighborhood will continue to shape its future.