‘A reason to get up’: Veterans and service members find connection on Yale Lake

The Fallen Outdoors took about 80 veterans and active duty service members fishing for their first big group trip since the pandemic hit. 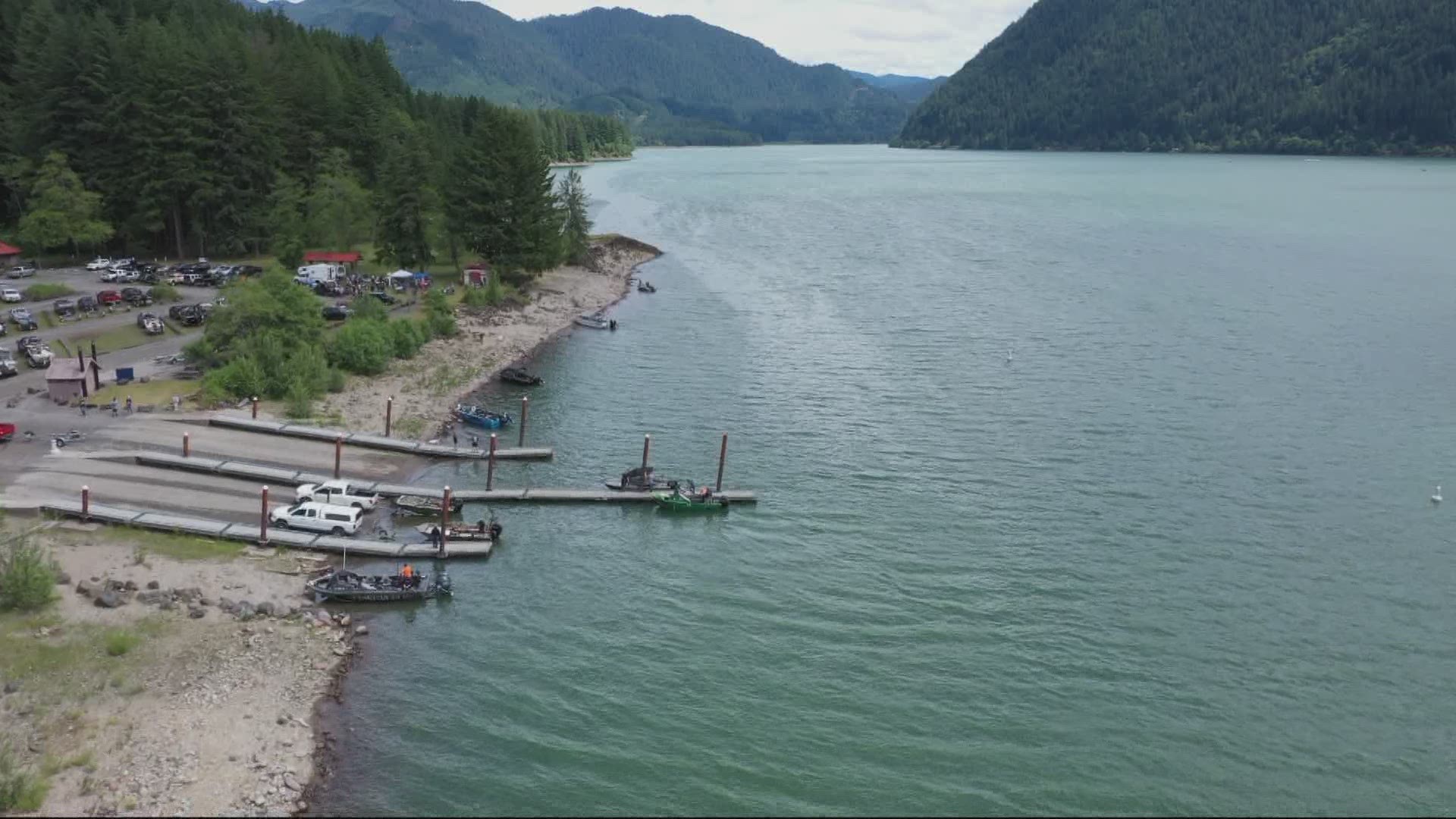 Approximately 80 veterans and active duty service members set out on the water in fishing boats to find connection and friendship.

It’s all possible because of The Fallen Outdoors (TFO). Branden Trager is the president of the nonprofit.

“I mean, you can’t pick a better backdrop,” Trager said. “You’re sitting on a boat in the middle of a lake in the mountains. You can’t ask for anything better than that.”

The Fallen Outdoors takes military members, past and present, on hunting and fishing trips to get them outside and alongside people who can relate to what they’ve been through.

It’s an organization for service members run by veterans.

Trager retired from the Army in April after serving for 24 years.

Washington Team Lead for TFO, Amy McNealy served in the Navy for about six years. She took the reins in organizing the Yale Lake trip.

“It’s amazing. I’m super excited. And I was fairly adamant that this event was going to happen because we need it,” McNealy said. “Our mission is really to get out on therapeutic hunting and fishing trips. We want to ultimately impact and eliminate if we can, the 22 veterans that commit suicide every day.”

Cody Kelly joined the trip from Oklahoma. He is the Southern Region manager for TFO and served in the Air Force for six and a half years.

He says trips like the one to Yale Lake forge bonds that last a lifetime and can allow veterans to open up in ways they never had before.

The hunting and fishing excursions offered by TFO are full of fun in the outdoors, yes, but it’s quiet in between hunting birds and catching fish that allow for these men and women to let their guards down and find a real connection.

On the trip to Yale Lake, it was finding that bond between the bites of Kokanee salmon. Calm mixed with the excitement of a catch.

The June 12 trip was TFO’s first big group outing for the organization since the pandemic started.

“It’s good for us because it shows us things are kind of getting back to normal,” Trager said.

Getting back to a sense of normal is especially important for some veterans.

“Because they can’t do the things that they used to do; sit down and have a cup of coffee, go to the VFW or the Legion and have a beer with their buddies. They can’t do that,” McNealy said. “So, it kind of pushes them further into those mental health issues, isolation. Those are the groups of people we’re super concerned about and trying to draw out so that they feel that connection and community.”

Comradery and connection with the power to change a life.

"I’ve had veterans tell me, 'The Fallen Outdoors has literally saved my life. It’s given me a reason to get up and go to an event,'" Trager said. "A lot of our events are super early in the morning. So, you have to think about that. Like, am I going to stay up and drink all night or am I going to go to bed at 8 o’clock so I can be at the boat launch at 5 a.m. ya know, they’re making those decisions that are going to affect the rest of their life – based on the outdoor activities that are available to them.

TFO has a strong presence in the Pacific Northwest and has created a nationwide network that gives vets opportunities to explore the outdoors all around the country.

Adam Lanier is TFO’s Midwest Director. He’s been able to take veterans on trips from the Northeast to the Northwest and everywhere in between.

“Being able to team up with veterans, some that we actually served with and some that we may have never met before. After a few minutes of talking to each other, you’re buddies and you’re having a good time,” he said.

The pandemic reinforced how important those friendships between military members are, no matter what branch or era they served in.

“It was really important for us to step out and reach out to each other. Do buddy checks, make phone calls, emails. Just say, ‘hey how are you doing? Do you need to get out, do you need to go fishing? Let’s go make something happen,’” Lanier said.

“It’s totally refreshing. I used to have a lot of sleep issues, after coming home from Afghanistan, and I got back into fishing and hunting and I tell you what – every time I go fishing I don’t’ have any problem going back to sleep," Trager said.

It’s easier to let go and open up out on the water.

“[TFO] came to me at a time when I super needed it. My first trip, I went out, and there was a veteran out there and we just kind of started talking. Toward the end of the trip, he said ‘I’m telling you guys everything about all of my problems.’ It was happening organically,” McNealy said.

Yes, this fishing trip was more than catching your limit of Kokanee. It's getting outdoors and into a comradery.

“We go fishing, we go hunting, we go hiking,” McNealy said. “A big part of it is building that community.” 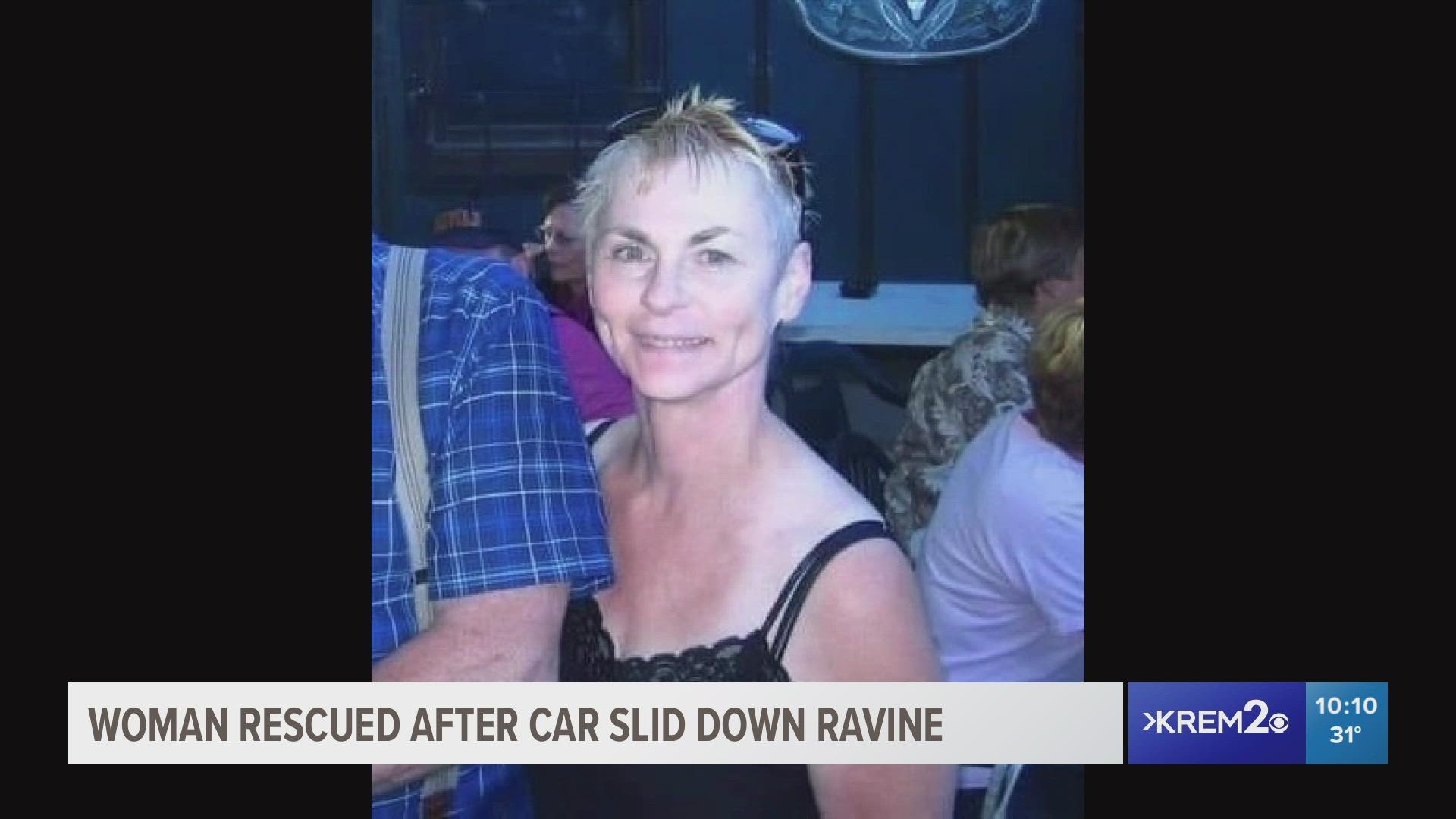