Wonder what the best-selling tabletop games are?

Here are Amazon’s top five. They span a wide age group – perfect to play with family and friends. 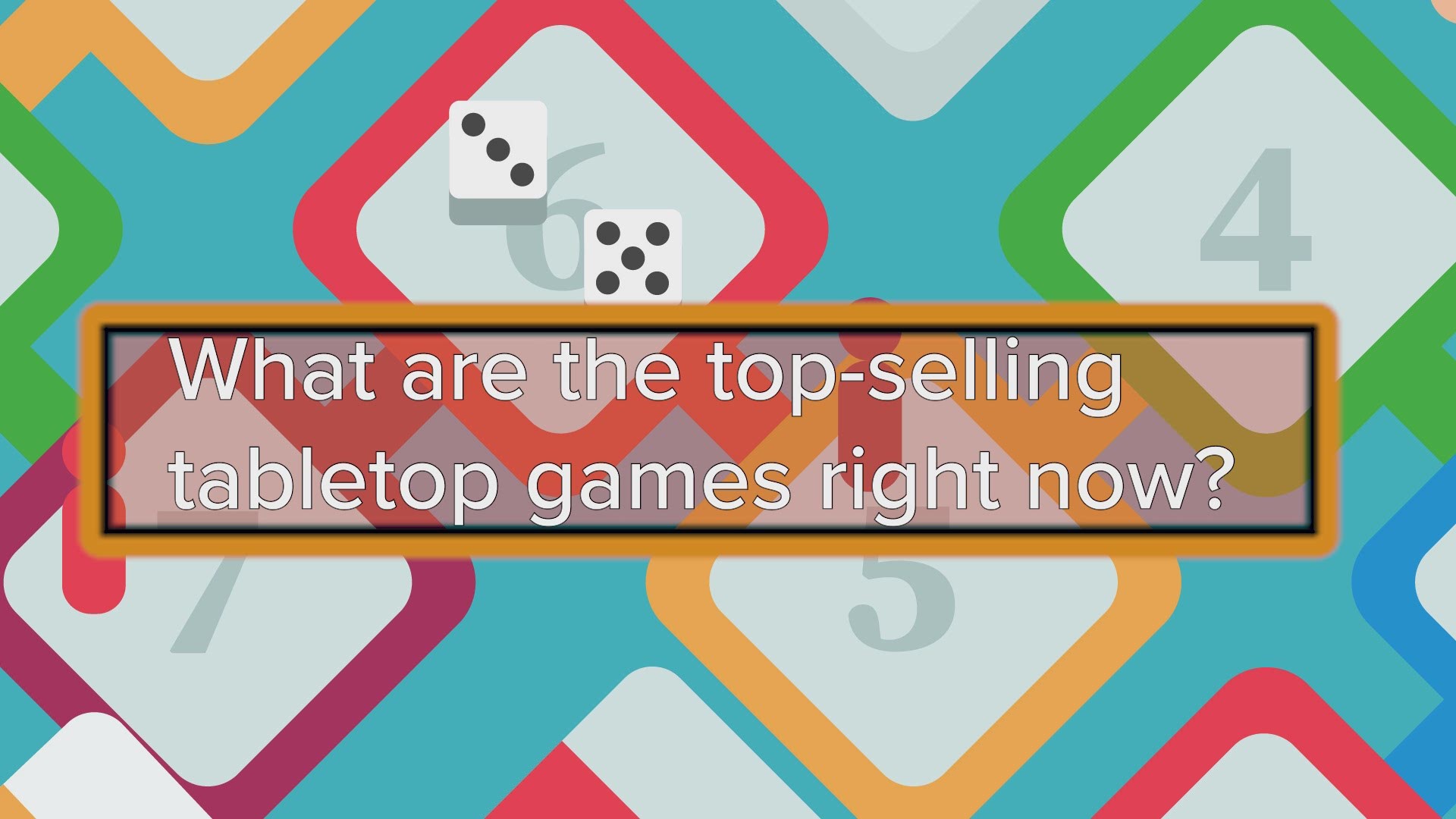 SAN ANTONIO — Puzzles, books and games – even during a pandemic, there isn’t enough time to get to them all.

So to help you out in the games department, we’re checking out the top five selling tabletop games, according to Amazon (disclaimer: the list is updated hourly).

Coming in at #5 is Zingo! Yes, the exclamation point is part of the game’s name. It’s described as “BINGO with a ZING” and can be enjoyed by anyone ages 4 and up. Plus, since it’s not real Bingo, there’s no messy ink stampers to deal with.

Finishing at #4 is a game that definitely got a boost in popularity thanks to the Netflix series “The Queen’s Gambit” is the simple, yet challenging game of Chess. This strategy game dates back 1500 years. If you’re feeling intimidated, try No Stress Chess – it’s rated for ages 7 and up and will quickly have you mastering the moves of all the pieces.

Inspired by global insights that show the deep, emotional connections consumers have with board games in a stay-at-home world, our new Memories Included campaign celebrates the magic that happens when people come together over a game. https://t.co/swDyOw1CpZ pic.twitter.com/vcLJ0EX9e5

Holding strong at #3 is Monopoly – a game that hit the shelves in 1935, but it’s derived from The Landlord's Game, which was created by Lizzie Magie in 1903. Some families have their own house rules and there have been many spinoff editions. It’s a game played in more than 100 countries and printed in more than 37 languages.

CONNECT4 takes the #2 spot on the list. It’s rated for ages 6 and up and uses checkers, which you could use for the game of checkers, if only it came with a checkerboard. Like Monopoly, there are some fun variations of CONNECT4 worth checking out – especially the travel version since the game doesn’t take long and is simple to play.

And finally, the #1 best-selling game is SEQUENCE. It’s described as “fun, quick, challenging and exciting.” It’s also similar to CONNECT4, except that you are trying to get a run of 5-in-a-row while choosing where to place a chip on the board. Although the regular version of SEQUENCE is for ages 7 and up, the game called “SEQUENCE for kids” is for children as young as 3.