The fair will not be held this year on what would have been the 120th anniversary as Washington state tries to get a hold on the coronavirus. 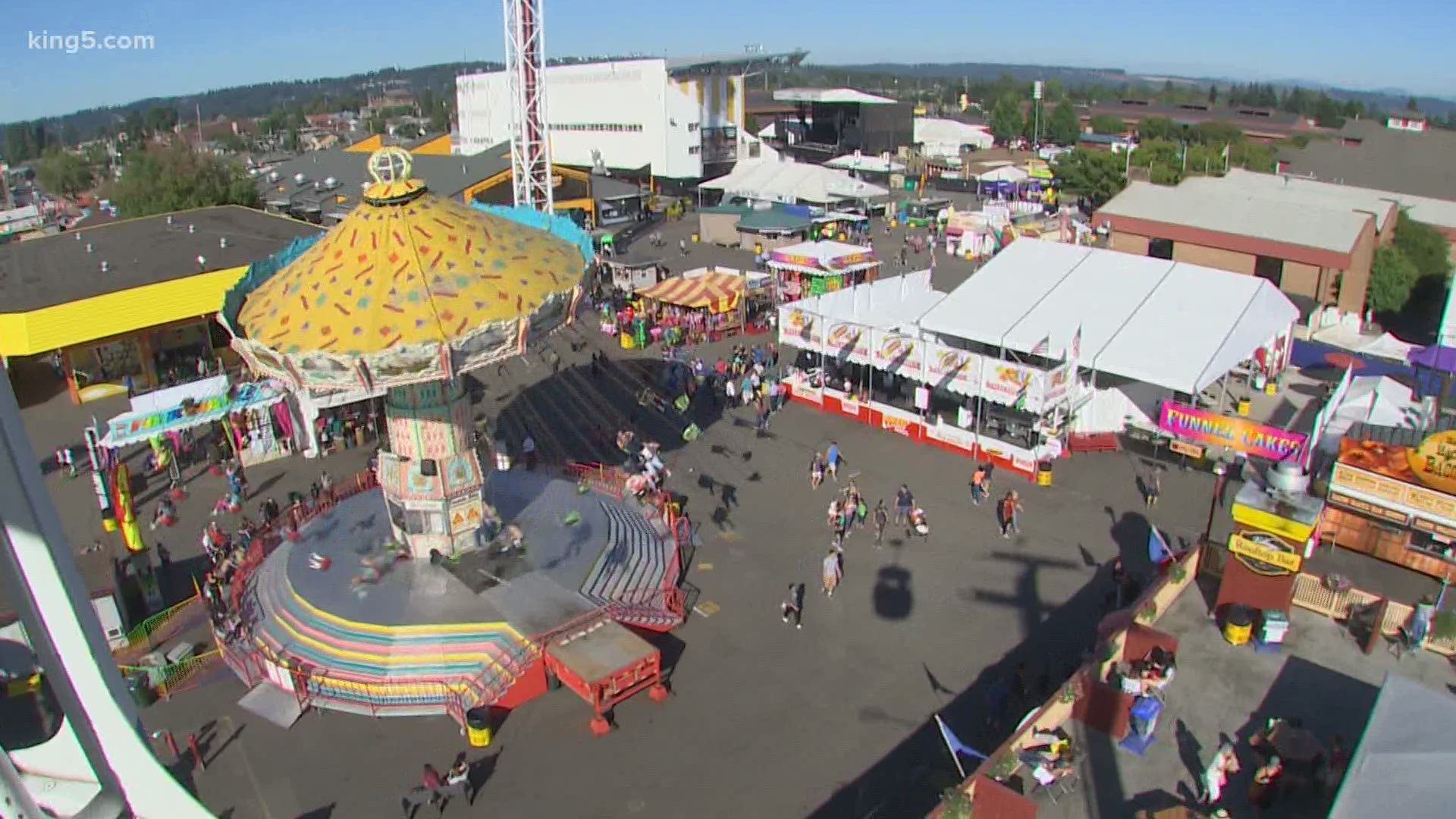 PUYALLUP, Wash. — For the first time in nearly 80 years, the Washington State Fair has been canceled due to coronavirus concerns.

This year would have been the fair’s 120th anniversary. The fair was scheduled to run from Sept. 4 to Sept. 27 this year.

The Washington State Fair didn’t even close for the Spanish Influenza outbreak in 1918.

It was closed for some time during World War II when the military took it over as a Japanese internment camp.

"At its core, any fair, ours included, is a people-gathering event - the more people, the better. But we understand that is contrary to the challenges of containing this pandemic. Consequently, though it was a hard decision, it was really the only decision possible based on what we currently know. It was a decision made in what we feel, are the best interests of the health and safety of all of our guests, our employees, our exhibitors and all our fair friends," organizers said in a statement.

The decision will also have a profound economic impact.

The most recent data from the Washington State Fair says that in 2017, 1,960 people were employed at the fair. 1.7 million people were in attendance, spending about $246 million at the fair.

“It’s heartbreaking. It truly is,” said Washington State Fair Public Relations Director Stacy Van Horne. “This is the first time I’ve ever written a press released where I cried writing it.”

Van Horne said organizers had held out hope Pierce County would have been in Phase 4 by September, allowing for large crowds.

She said the fair purchased extra hand-washing stations in case crowds did return in September.

The Washington State Fair has already canceled its Spring Fair, an annual four-day festival in April that usually brings tens of thousands to the fairgrounds in Puyallup.

However, the fair's new "Fair Food-to-Go" does not appear to be canceled. In response to the coronavirus, the fair initiated a drive-thru type of service to allow Washingtonians to still get their favorite fair food fix.

Fair Food-to-Go runs every Friday-Sunday in July until July 19.

"We realize this action will have severe impacts, both emotionally and financially, on all of our partners. We know that not having a fair this year creates a hardship for many, but people are the most important component in the incredibly complex equation of what makes up our fair. Health and safety are our greatest concerns," fair organizers said in a press release.

Van Horne said organizers are working with concert and rodeo performers to reschedule events or to offer ticket holders refunds.

“We have survived the Spanish Flu, polio, other wars, the depression, 9/11, so much. But this pandemic is different, it truly is,” said Van Horne, “We understand that it's our responsibility to hunker down and do what we gotta do and hopefully get everybody back here soon.”