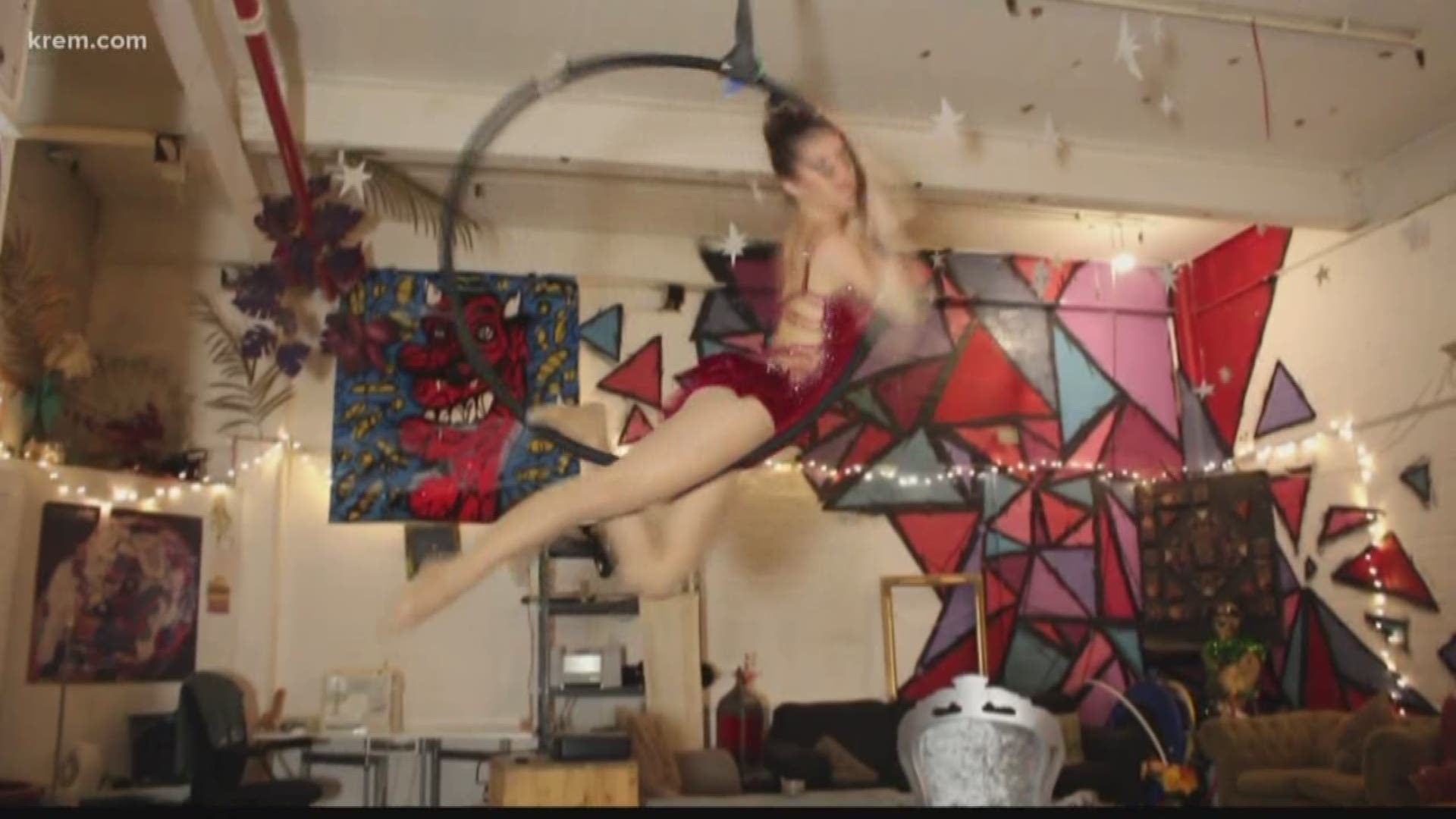 SPOKANE, Wash. — A group of interactive actors and actresses are taking the virtual stage on Monday, April 27th to kick off a weeks long Theater in Place series.

A new show will be released every Monday, starting with a rendition of Alice and Wonderland. The following weeks will be Peter Pan and Sherlock Holmes.

But the shows aren't ordinary performances. In addition to being fully online, they will also feature interactive puzzles and riddles, and give the audience chances to win prizes.

Jason Buzi came up with the virtual theater idea to help families through the stay at home order.

"I'm not like a billionaire. I can't solve these huge problems that exist or even start to. So I said 'what can I do?' And what I thought I could do was give something fun to people - something to look forward to," Buzi said.

Buzi said he is completely funding the project.

Families can expect to see the actors perform tricks such as jugging, acrobats and fire handling while in character. All of the actors have previously worked in interactive theater, so this virtual opportunity is giving them a creative outlet during the stay at home order.

In order to tune in, people can go to theaterinplace.com. A new show will be released every Monday for the next few weeks.