'The dream's got to die': SNL pokes fun at NASA over Anne McClain's canceled spacewalk

The Spokane native and NASA astronaut was played by Aidy Bryant on the comedic news skit on SNL, which made light of the situation. 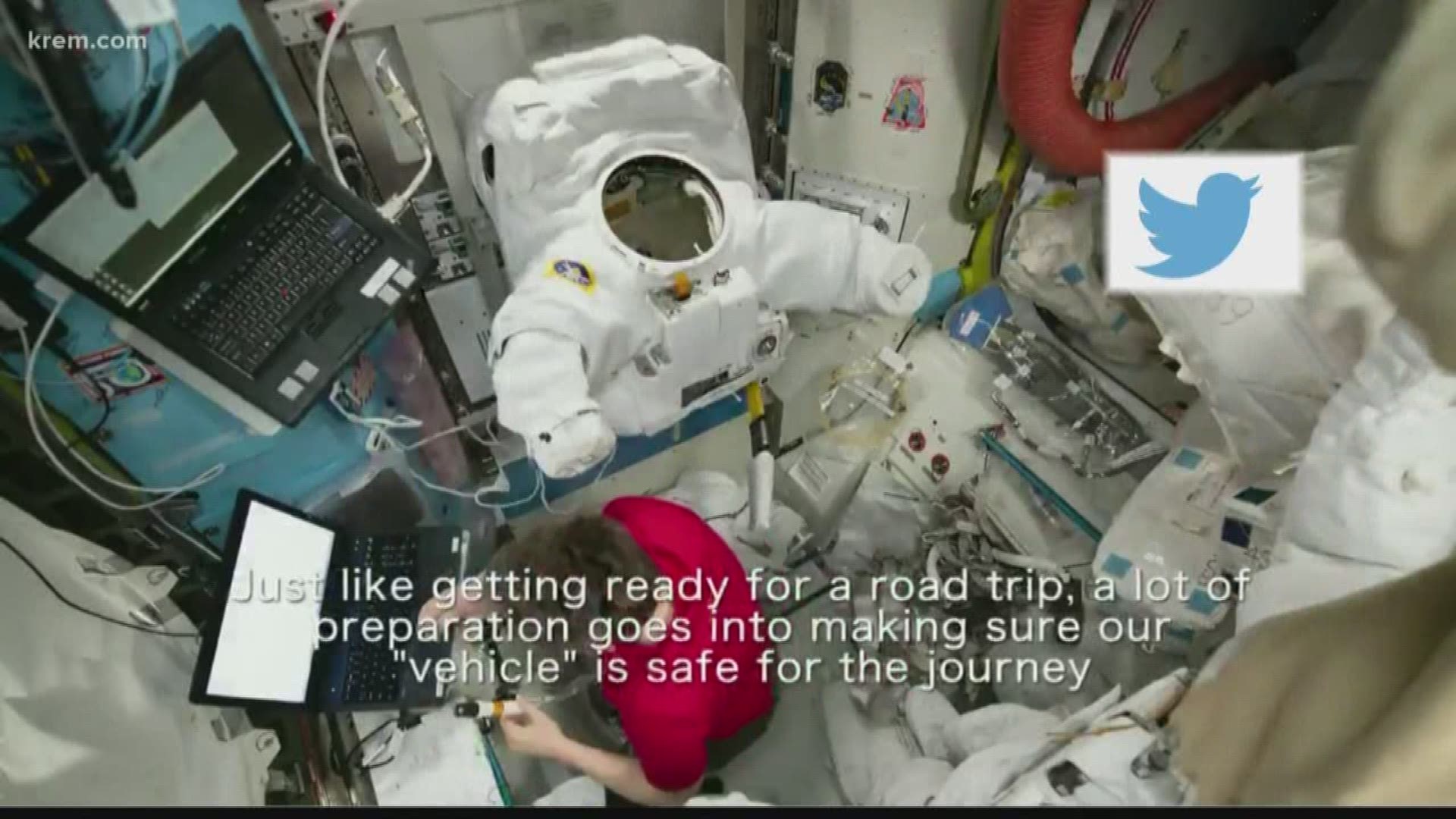 McClain is played by SNL case member Aidy Bryant, who points out the feigned happiness for her colleagues that went on the spacewalk while pointing out that NASA has previously made spacesuits for a dog and a monkey, but didn't have enough correct fitting suits for her and fellow female astronaut Christina Koch to perform the spacewalk.

Bryant also pointed out the qualifications that McClain has to perform the spacewalk.

"I work my whole life, flew 1,600 hours, became a helicopter pilot, did 216 combat missions in the United States Army and got two master's degrees in aerospace engineering, but then, the spaceshirt and the pants were the wrong size, so actually unfortunately, the dream's got to die," Bryant ranted.

While the skit talks about how McClain didn't get to go on a spacewalk, the Spokane native actually did participate in the first spacewalk of the year, which lasted over six hours as she and NASA Flight Engineer Nick Hague performed maintenance.

RELATED: NASA clarifies why it put all-female spacewalk on hold

Many voiced their anger after NASA announced that the first-ever all-female spacewalk wouldn't be taking place, which came after McClain discovered during her first spacewalk that she needed a medium spacesuit torso instead of the large she had worn.

Some big names, including Hillary Clinton and Arianna Huffington among others, voiced their anger over the decision. However, McClain said the change came based on her recommendation and that "leaders must make tough calls, and I am fortunate to work with a team who trusts my judgement."

NASA also said they have enough medium spacesuit torsos aboard the International Space Station, but that the part couldn't be changed out in time for the spacewalk.

McClain is scheduled to take part in a spacewalk on April 8 at 3:05 a.m.