SCSO, not the Spokane Police Department, is the agency typically featured on Live PD, which currently does not require consent from people featured on-camera. 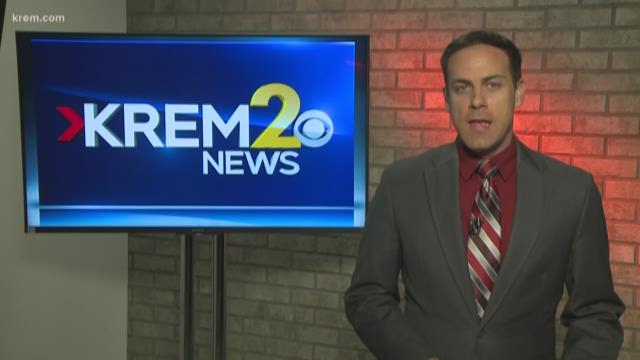 SPOKANE, Wash. – After a Spokane city leader proposed that require a person's consent before they appear on "Live PD,” the Spokane County Sheriff’s Office is asking for public feedback on the topic.

SCSO, not the Spokane Police Department, is the agency typically featured on "Live PD," which currently does not require consent from people featured on-camera.

The proposed changes, from Spokane City Council President Ben Stuckart, would also require producers to obtain a license to film and operate within the city.

Stuckart said his main concern is that the show features “the worst of Spokane.”

Tuesday morning, SCSO took to Facebook to ask the community for their opinion, writing the following statement:

We believe people understand there’s crime, they understand law enforcement responds to calls and patrols area where crime occurs. We also believe law enforcement overwhelmingly does an outstanding job 24 hours a day, 7 days a week and 365 days a year and there is NOTHING wrong with showing them doing their jobs, interacting with people, and yes, enforcing laws and arresting people who commit crimes. The news covers law enforcement each and every day, as well as, what happens in our community but they have very small-time constraints.

Is it wrong to show more about what and how law enforcement does their jobs? Do you want more transparency? More information? Or less?

Hundreds of people commented on the Facebook post and the vast majority writing in favor of unrestricted access to "Live PD's" cameras. Sheriff Knezovich no doubt agrees and said "Live PD" serves a useful purpose.

"That's life. That's real. What you are seeing on that film happens every day. Rather than hide it, let's try to fix it," Knezovich said.

This is an issue that may have already resolved itself. The Sheriff's Office said it is no longer working with "Live PD" to produce new episodes. Spokane County Sheriff Office's signed on to participate in only a single season. That contract has since come to end and a new one has yet to be widely discussed.

As for shows already produced, the Knezovich insists no local footage escaped their approval. According to deputies, five minutes to a half-hour passes before this footage is actually broadcast. Despite its name, none of "Live PD" is actually show instantly.

Knezovich said a minimum five-minute buffer zone is used so employees can look-over the footage to make sure none of it is questionable or risky to air. If something that was filmed is too graphic or risky deputies said the sheriff's office will not allow the producers to air it.

KREM 2 reached out to Council President Stuckart multiple times Tuesday for comment but he did not respond.

City Council will not discuss this issue for three more weeks.

Spokane is not the first city to have problems with "Live PD." In the last year, at least four other cities across the country have stopped participating in the program because of worries over public image.