Take a tour inside HGTV's Dream Home 2018 in Gig Harbor

HGTV built their Dream Home 2018 in Gig Harbor. And they're giving it away! 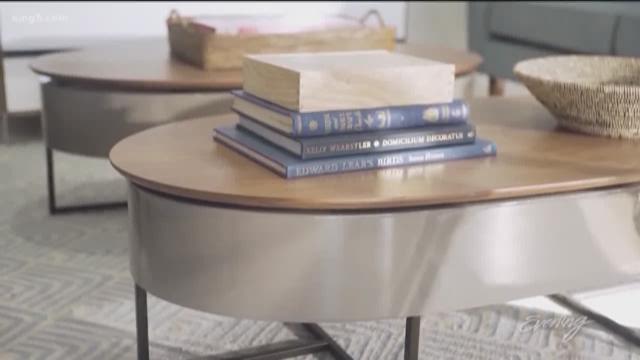 Some people can buy their dream home. But this dream home in Gig Harbor could be yours for free.

"This is the very first-time HGTV has ever done a home in Washington, so it was our first time and we were all equally excited," said Brian Patrick Flynn, the interior designer for HGTV’s Dream Home 2018.

HGTV purchased the 1974 home for the giveaway last January. They then spent the next several months transforming it from its dated state into a showstopper.

"When we saw the house we immediately wanted it to look like something people would see on Pinterest and pin like something modern and very Pacific Northwest," said Flynn. "So, the idea was to go very dark on the exterior and let the house sorta blend in with the landscape rather than have a bunch of accent colors that detracted from it."

Another detraction they eliminated were the garage doors that blocked the view.

"I kept thinking what an amazing experience it would be to get home from a hard days work and to pull up to your property, see-through glass in your garage, out to Henderson Bay," said Flynn.

The views of the bay continue the second you walk in.

"What we wanted is for someone to enter the front door and just do nothing except get their eyes on Henderson Bay," said Flynn. "The other thing you might notice is a lot of the furniture is very low-profile in here. It's low-profile on purpose, everything is very light colored so there's nothing to detract from you going out to the water."

The 3,500-square-foot home has four bathrooms and four bedrooms. The most impressive being the master.

"This is by far my favorite master bedroom. It feels like you've been transported to a beautiful loft in downtown Seattle. You have a sleeping space and you have a whole other living room and then you have a massive master bathroom," said Flynn.

The bottom floor is not too shabby either.

"One of the really special things about HGTV Dream Home 2018 here in Gig Harbor, Washington is the fact that we don't necessarily have a basement," said Flynn. "We kind of banished that word -- we call this the lower level. It's got everything a great room would have."

But Brian’s favorite spot in the dream home isn’t inside the house.

"My very favorite spot on the back of the property which happens to be not even a room. I call this the outdoor dining room," said Flynn. "It's the perfect place to dine for hours on end right here on Henderson Bay."

For Brian, the dream home in Gig Harbor has been one of the best projects he's ever worked on. And while one lucky HGTV viewer is going to win it, he says he wouldn't mind living here himself.

"This is the first time I think I've ever said 'I wish I was eligible to win.'"

Evening is your guide to Seattle and the Pacific Northwest. Watch it weeknights at 7:30 on KING 5 TV or streaming live on KING5.com. Connect with Evening via Facebook, Twitter, Instagram or email: eveningtips@king5.com.