When Edgar narrowly missed getting into the Hall of Fame, Claire Topalian had to do something about it. 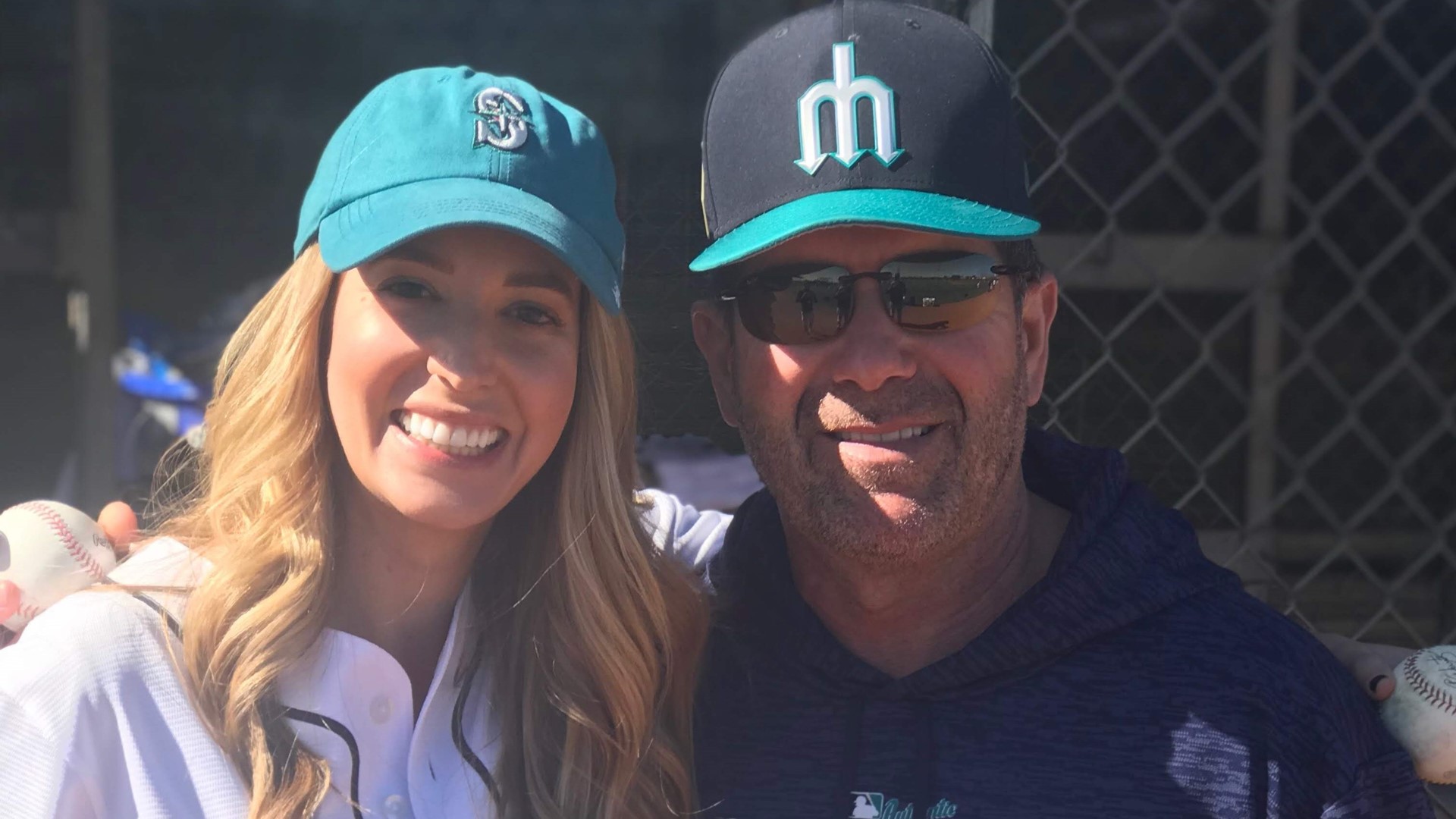 SEATTLE — Anyone who grew up going to Seattle Mariners games knows Edgar. There are Edgar Martinez fans, there are superfans, and then there is Claire Topalian.

"I think one of my earliest memories is the 1995 division series game 5. Edgar is up to bat and hits the perfect double," Topalian recounted. "It was just such a memorable memory in sports history."

When the Mariners slugger narrowly missed getting into the Hall of Fame last year, Topalian was not pleased. The marketing guru went to work doing what she does best.

"In my moment of frustration, I immediately looked up website domains," she said.

RELATED: Mariners legend Edgar Martinez to be inducted into Baseball Hall of Fame this weekend

Topalian launched EdgarHOF.com and began collecting fan testimonials to the power of 'Gar. She caught the attention of fans, sports writers who vote for the Hall of Fame, and the man himself, who she met last Spring.

"That was probably one of the top five greatest moments of my life so far," said Topalian.

She said Edgar should be recognized not just for his playing abilities, but for his support of the community as well.

"Just learning about what a great man he is off the field has basically solidified his hero status in my mind," said Topalian.

Now Edgar's designated hitter is hoping she's helped hit one out of the park for her favorite player.

"It's a permanent place in baseball history, and he's totally earned it," she said.

After years on the Hall of Fame ballot, Edgar Martinez has secured the vote and is expected to be inducted into the Baseball Hall of Fame on Sunday, July 21st, 2019.