KENT, Wash. — For nearly a quarter century, Jim and rita Schwarting have been known as the “real-life Sleepless in Seattle couple.”

It all began after the film was released in 1993. An episode of the Oprah Winfrey Show featured five widowers from Seattle.

Jim was one of them. rita was watching from her home in California.

"They all talked about what they might be interested in, in a woman,” rita said. “He said honesty, communication, and a sense of humor."

Those words, and Jim’s description of his late wife, resonated. So rita did something she never imagined - she wrote a letter to a complete stranger, addressed it to the Oprah show, and included a memorable picture of herself.

"The photograph I had that was the most current, I was wearing Groucho glasses,” she said, laughing. "I thought, ‘What the heck?’ I didn't think he'd even see my letter or picture or anything."

He didn't. At least, not at first.

Viewers sent 10,000 letters to Jim, and he invited a viewer on a date before he'd read them all.

The woman he chose wasn’t a long-term match.

But a few weeks later, he was determined to sift through all the other letters stacked on his desk.

"That's where the magic started coming into the whole thing,” Jim said.

rita’s letter fell from the top of a stack onto his computer keyboard - not once, but twice.

"I don't believe in signs so it really spooked me hard,” Jim said, laughing.

He wrote back. A few weeks later, they met. And one year to the day of Oprah's broadcast, Jim and rita were married.

The ceremony was full of love, surprises, and laughter – including a moment when all of their guests put on Groucho glasses.

Nearly 25 years later, the Schwartings are still together. But they hesitate to call it a "Hollywood ending."

"In real life, everything's not skipping down the beach laughing and music's playing,” rita said. “Real life is waking up every day and making a decision that this is a relationship you choose to be in."

They've experienced as much in sickness as they have in health. It hasn't always been easy. But it has always been real.

"Through thick and thin, health and not, he shows up with love,” rita said.

"And just this discussion of the whole thing is like, 'Wow - we do have something special,'” Jim added.

The Schwarting’s advice to younger couples?

"We honor our anniversary on the fourth of every month,” rita said. "It's a way of just acknowledging we're in it."

The Schwartings have two grown children and three grandchildren and will celebrate their 25th wedding anniversary on November 4th, 2019. 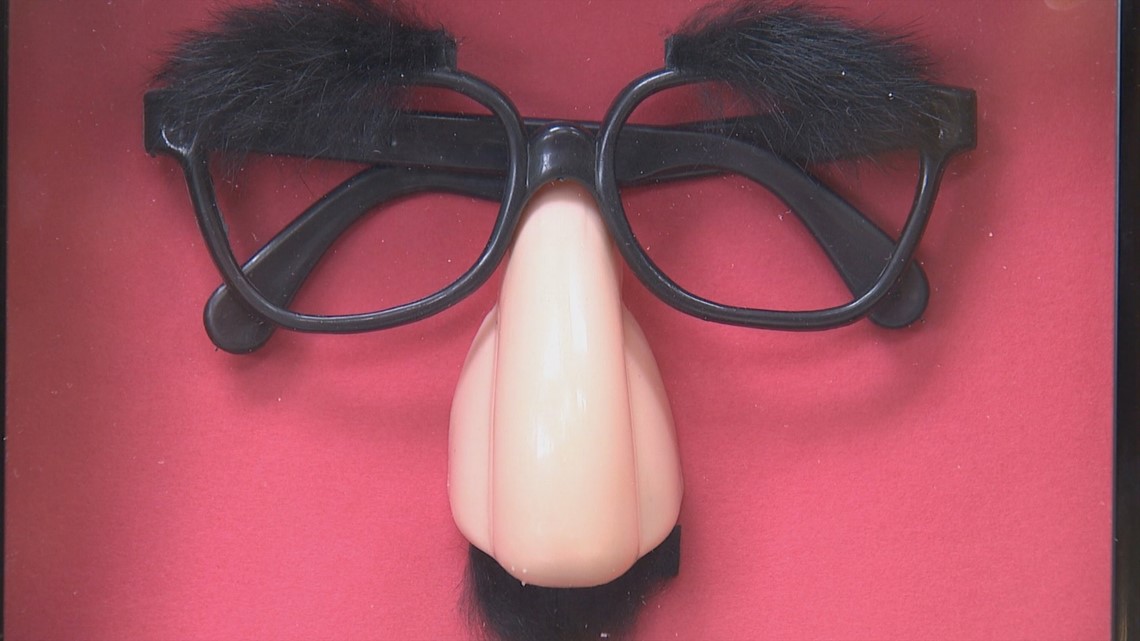 01 / 07
The glasses that brought them together are framed in their home.
02 / 07
Jim and rita Schwarting look through old memories in a photo album.
03 / 07
The original letter rita sent to Jim.
04 / 07
rita was watching Oprah from California when she saw Jim for the first time.
05 / 07
The most current photo rita had of herself at the time was of her wearing these glasses, so she sent mailed it in.
06 / 07
The couple got married exactly one year after Oprah's broadcast.
07 / 07
Jim Schwarting on Oprah in 1993.