The performance boulder is one of the installments in Riverfront Park’s new north bank area. It honors Jess Roskelley, a Spokane native and elite rock climber. 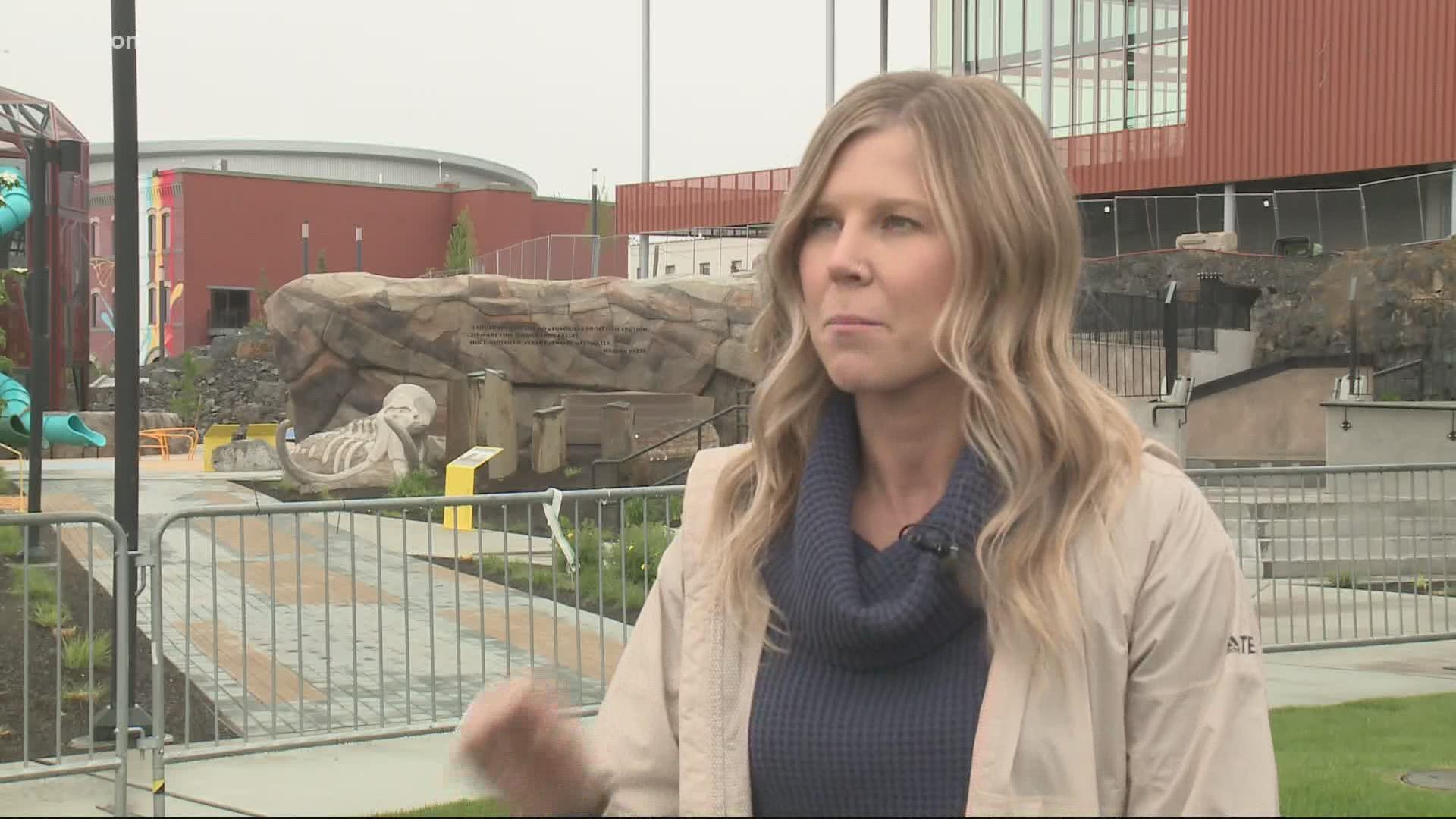 SPOKANE, Wash. — A large boulder designed with climbing holds is one of the new attractions at Riverfront Parks north bank area. The performance boulder is dedicated to Spokane local Jess Roskelley, who was an elite rock climber.

Roskelley died in 2019 in an avalanche while ice climbing. He was survived by his wife, who helped found the Jess Roskelley Foundation.

The foundation was behind building the boulder. Allison Roskelley, Jess’s widow, said she hopes this helps his legacy live on in the city. She said Jess loved Spokane and would have been excited about the boulder.

“That plaque on the side of the boulder, it represents kind of his life motto… It’s by endurance we conquer,” Allison Roskelley said.

The boulder is a performance boulder, designed for climbing. It is short enough to be climbed without ropes or harnesses. The goal is for the foundation to continue to build boulders in Spokane and regionally.

“I think he would love it, especially because it's climbing related and it's in the core of the place that he loved. I just hope that [people] think of him when down here. That it's a place that people can go when they want to spend time with him, [and] when they want to climb,” Roskelley said.

The Ice Age Floods playground opened Friday and is a part of a large development in Riverfront Park. The other attractions added include a skatepark, splashpad, playground and a five-hoop basketball court.

The playground is part of a five-year revitalization process and wrapped up as the Spokane Parks and Recreation unveiled the new park.