If you're a fan of the paranormal, you'll love Rainn Wilson's new podcast

Terry Carnation, played by Rainn Wilson, is a paranormal radio host who returns to the airwaves after a mental breakdown. 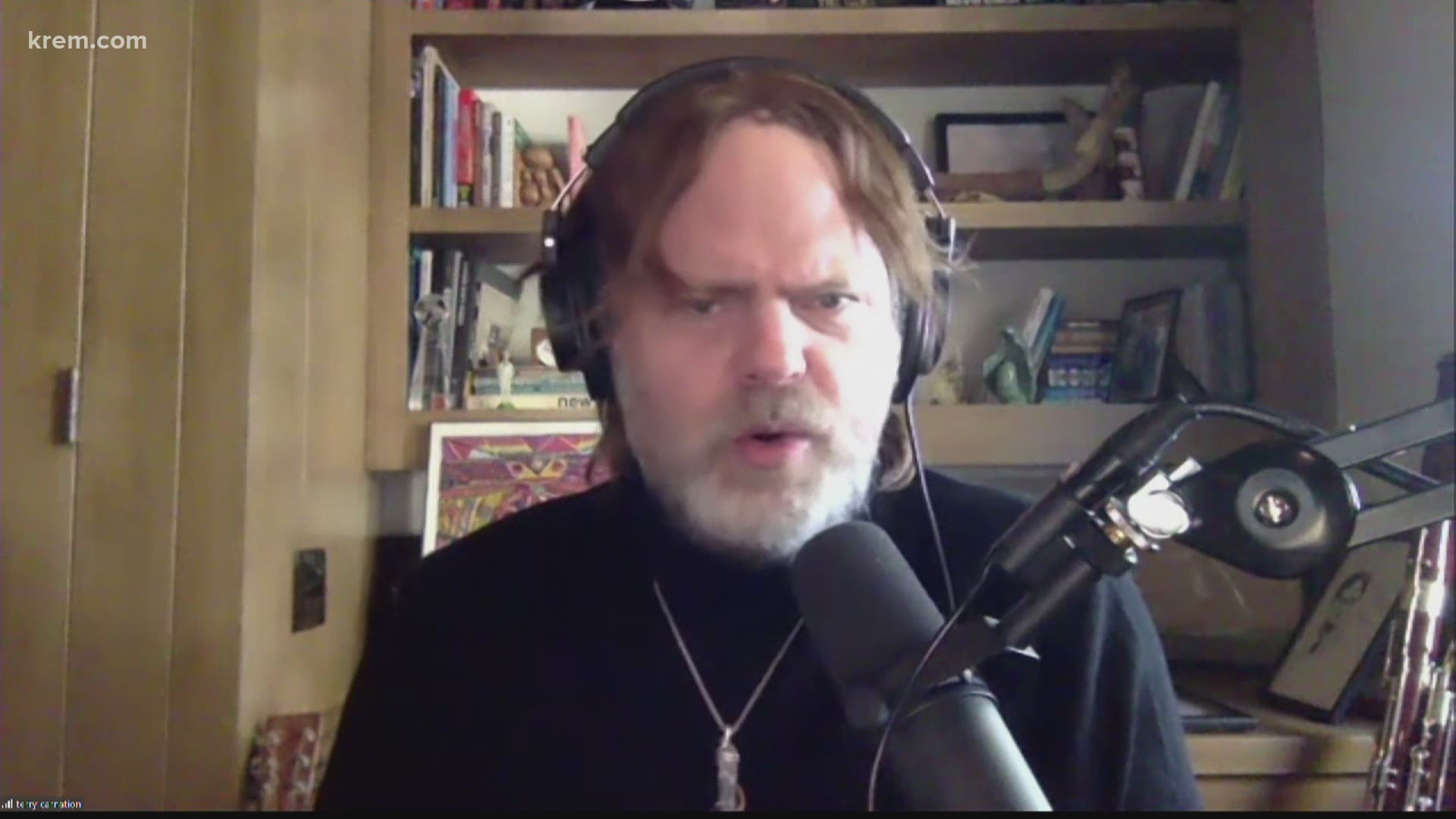 SPOKANE, Wash. — Terry Carnation might look like Dwight Schrute from The Office, but he's far more skeptical and has a much darker past.

Carnation is the host of Dark Air, a late-night paranormal podcast that jumps into bizarre topics and takes calls from outrageous guests.

It's an Audioboom original podcast and Rainn Wilson's latest project. KREM sat down with Terry Carnation himself to learn more about the show.

When asked if he's heard that he looks like "that guy from The Office," Terry simply replied, "From which office? I'm not sure. People confuse me for a lot of different people and people in office buildings just as much as any one else."

Terry is the self proclaimed "pope of the paranormal" as he guides viewers through the unexplained.

"It's callers in from all over this great country- calling in to Dark Air where they may have had interactions with the unexplained phenomenon something to do perhaps with cryptids or with extra terrestrials, hauntings, spectral forces and I am here at my delicious microphone to answer all questions," he said.

Some special guests on the podcast so far include Yvette Nicole Brown who's best known for her roles in Community and Drake & Josh.

Karan Soni from Deadpool talks with Terry Carnation on the podcast.

"We certainly have a bevy of wonderful talent, comedic and otherwise," Terry said.

Aaron Lee, a producer for the Cleveland Show and Super Store, as well as Jennifer Lee from Disney also make an appearances in the first episode.

KREM was told Terry would talk about any topic —  except for elves.

"I had a bad experience with an elf once and I don't like to talk about it," he said. "They way they're portrayed in the media as these you know jolly mystical fanciful creatures scampering about like Legolas is completely untrue. Elves are- well I don't know if I can say this- but they're buttholes."

Terry left us with this message:

"Anyone watching this station is KREM de la KREM."

Listen to the trailer here: