She's already sold about 400 candles and raised a little more than $8,000. All of it is donated to the Hilinski's Hope Foundation. 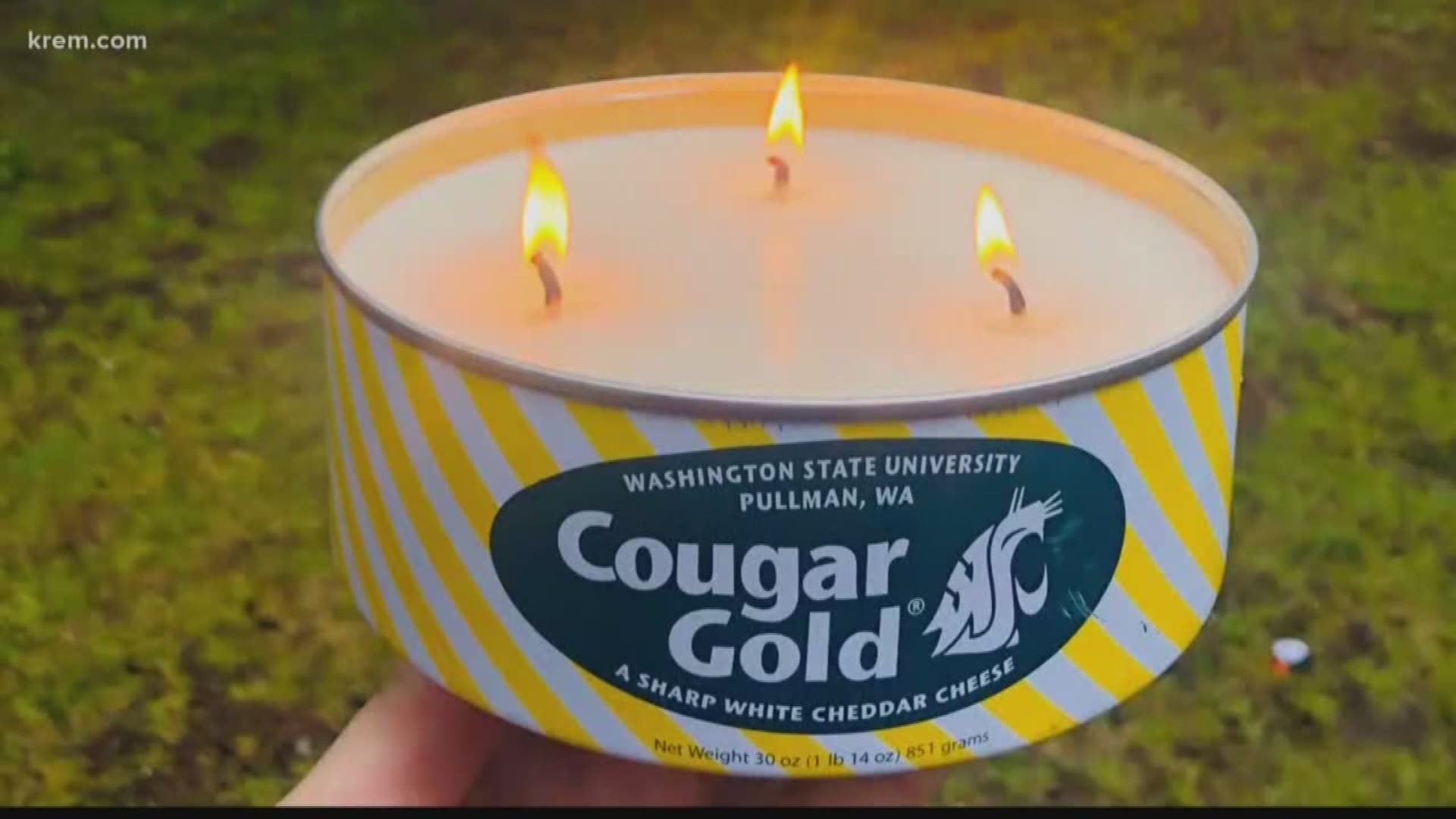 SEATTLE — A Washington State University alumna in West Seattle found a way to re-purpose the iconic cougar cheese cans into candles, and support a cause that's dear to Cougar hearts.

"I think it's a perfect craft to do right now," Christine Smithberg said. "Because of social distancing, I don't have plans on the weekends."

Smithberg put a call out for empty cheese cans, and Cougar nation stocked her up with a couple hundred.

They quickly grew in popularity on Facebook, so Smithberg created a website to track orders, selling them at $30 a can.

"Every time I sell out, I have people in my inbox asking me when there will be more and if they can get on a waiting list," Smithberg said.

All of it is donated to Hilinski's Hope Foundation, which works to spread awareness and de-stigmatize mental illness.

"This is not really about me, it's about Hilinski's Hope," Smithberg said.

Her hope is the candles will help further the foundation's message and the work its doing for student athletes.

"I just read some articles that say depression and anxiety is going up because of the unknown and the situation of the world," Smithberg said. "So what a perfect time to give back to a foundation that focuses specifically on mental health and mental health awareness."

Christine Lombardi is the co-founder of Hilinski's Hope. She recently started working with Smithberg to coordinate these fundraising efforts.

"Any time anyone goes out of their way to raise funds for Hilinski's Hope, means a lot to us," Lombardi said. "But it's much more than the donation. It's the love they show for Tyler and in turn for our family and the work we're doing, which is trying to help other student athletes."

Lombardi said the foundation could not do what it does without people like Smithberg.

"It's turned into a much bigger project than anticipated, Smithberg said. "But I'm so grateful people are ordering them and I can give this much back."

Smithberg recently learned former WSU Quarterbacks Gardner Minshew and Drew Bledsoe have agreed to sign a few of her candles. She hopes this will help reach her goal of $10,000 donated to Hilinski's Hope.

If you would like to donate your empty cougar cheese cans, you can contact Smithberg by email.