View from the top: Paulsen Center penthouse opens after remodel

The Compass Room and Roofstop sits atop the iconic Paulsen Center in downtown Spokane. Here is an inside look at the highly elusive space and its perks. 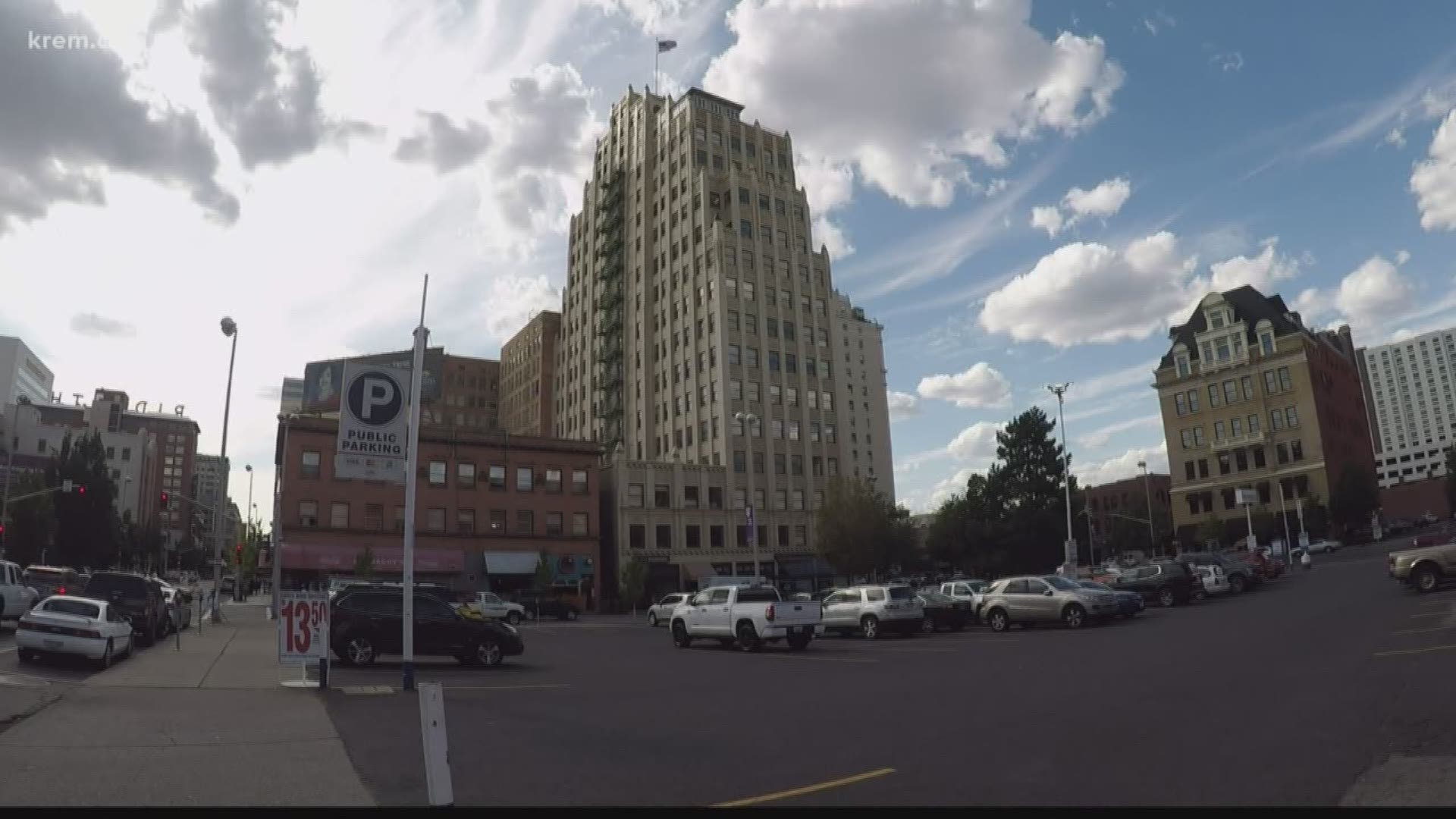 SPOKANE, Wash. —  The Paulsen Center is one of Spokane’s most iconic landmarks. At 17 stories high, it can almost always be spotted in the city skyline.

It is located at Riverside Avenue between Washington and Stevens Streets, close to Riverfront Park.

The building used the newest form of steel construction at the time, which allowed it to be the tallest building in Spokane.

One of the building’s most significant features is a set-back penthouse that lies atop the building. It was built in 1928 and once home to members of the Paulsen family. Very few people ever set foot inside until several years ago.

When Ms. Helen Paulsen passed away in 2009, the penthouse received a facelift and reopened as an events center with the same floor plan under the ownership of Vince Bozzi.

Bozzi paid $4,500 a month for the space and rented it out for people looking to host events in Spokane.

Now, the penthouse has received more renovations and is available to rent for businesses and people in need of a small gathering space.

The penthouse, which has been renamed the Compass Room and Rooftop, can accommodate 45 people – perfect for small corporate events and weddings.

“The space has been preserved impeccably,” said Theresa Keyes, whose legal practice is located within the penthouse.

Keyes and her sister-in-law Mary lease the space. They also work hand-in-hand as business partners.

A gem within the penthouse space is the 180-degree solarium room, which offers a panoramic view of Spokane’s skyline featuring landmarks such as the Clock Tower, Spokane River, Davenport Grand and even St. John’s Cathedral on the South Hill. There are no buildings in front that obscure the view.

“It’s a beautiful view of our city. It really twinkles at night,” Theresa Keyes added. “When businesses are here…this would be an opportunity to visually see our city’s growth if they’ve been here before.”

Keyes said the solarium room, which opens up to a rooftop patio overlooking the city, was one of Helen Paulsen’s favorites when she lived in the penthouse. Even the planters have the original dirt in them used when Helen, who was an avid gardener, was living.

After Helen Paulsen died, there was an open house at the area. Theresa Keyes called the space “pretty rough,” as Paulsen had just moved out.

“There was a lot of blue. Blue was her favorite color,” she added.

In fact, visitors can still see the original blue tile in the penthouse’s bathrooms – along with pink bathtubs.

Both Theresa and Mary say Helen Paulsen still makes her presence known in the penthouse.

They didn’t say the space was haunted per se, but they did share some stories about doors that seem to open on their own and feeling a presence in the rooms.

“I was up here [the penthouse] by myself one evening and it felt like there was a presence and I just said, ‘Helen, I’m here. We’re going to give this space back to Spokane,’” Mary Keyes said.

Mary Keyes said she thinks Helen Paulsen must have loved living in the penthouse for many years, adding that she had “beautiful taste.”

Theresa and Mary Keyes took it upon themselves to purchase new furniture and art from local vendors throughout Spokane to spruce up the place before its reopening.

Mary Keyes said moving into the space was just as challenging as it was exciting.

“Every single move was fun and a little infuriating because there isn’t a doorway in this place that wasn’t standard,” Mary Keyes said.

Another challenge: only one elevator takes visitors up to the penthouse. And it is not standard size.

Nonetheless, Theresa Keyes said she was instantly drawn to the space, as it offered opportunities for people to look at Spokane’s past while reminiscing on the future.

“We are really excited that more people will be able to come,” she added. 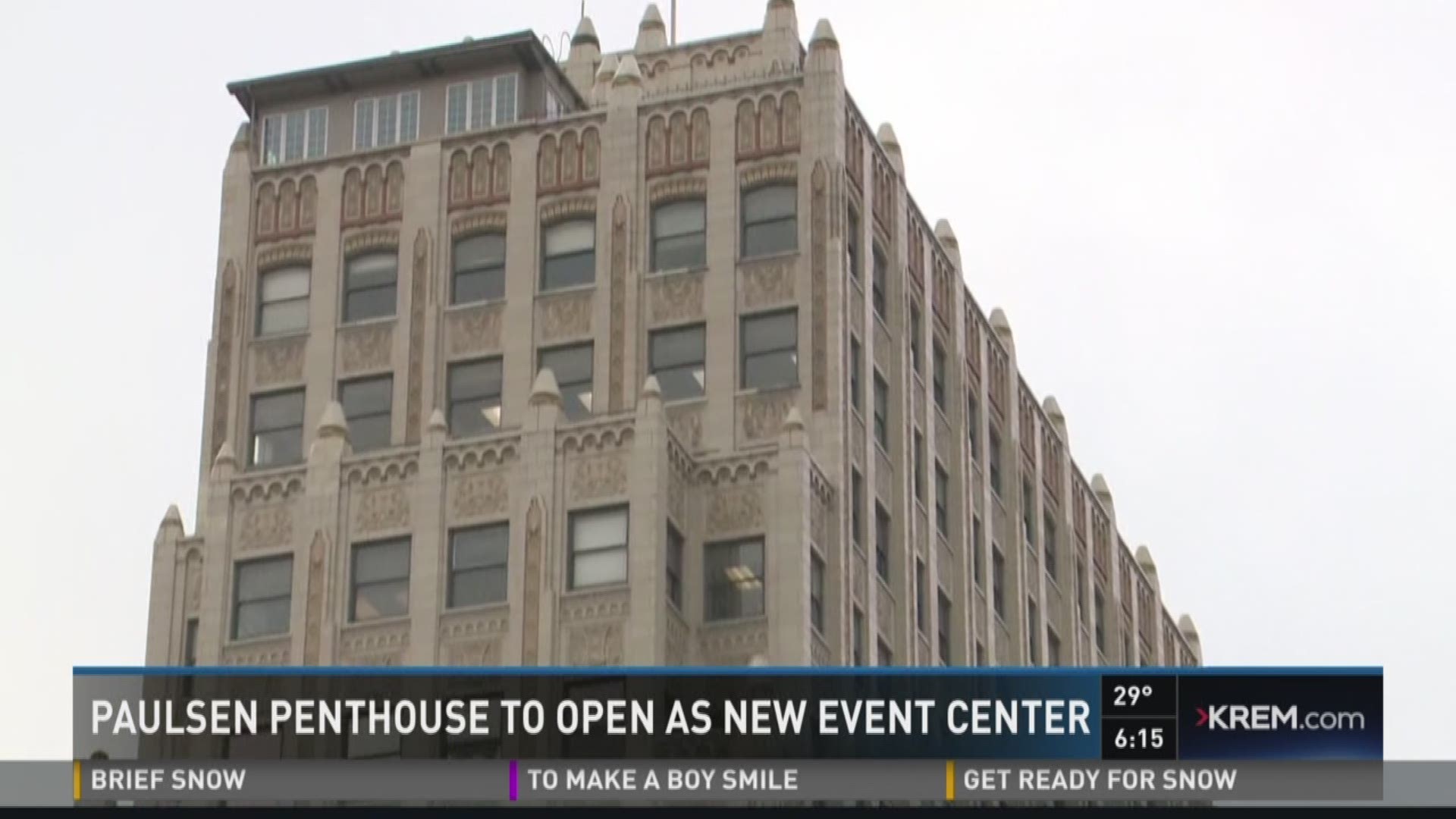