University of Idaho marching band gets creative amid COVID-19

During a recent performance that was posted to the school's social media pages, nearly all of the band's 150 students played drums. 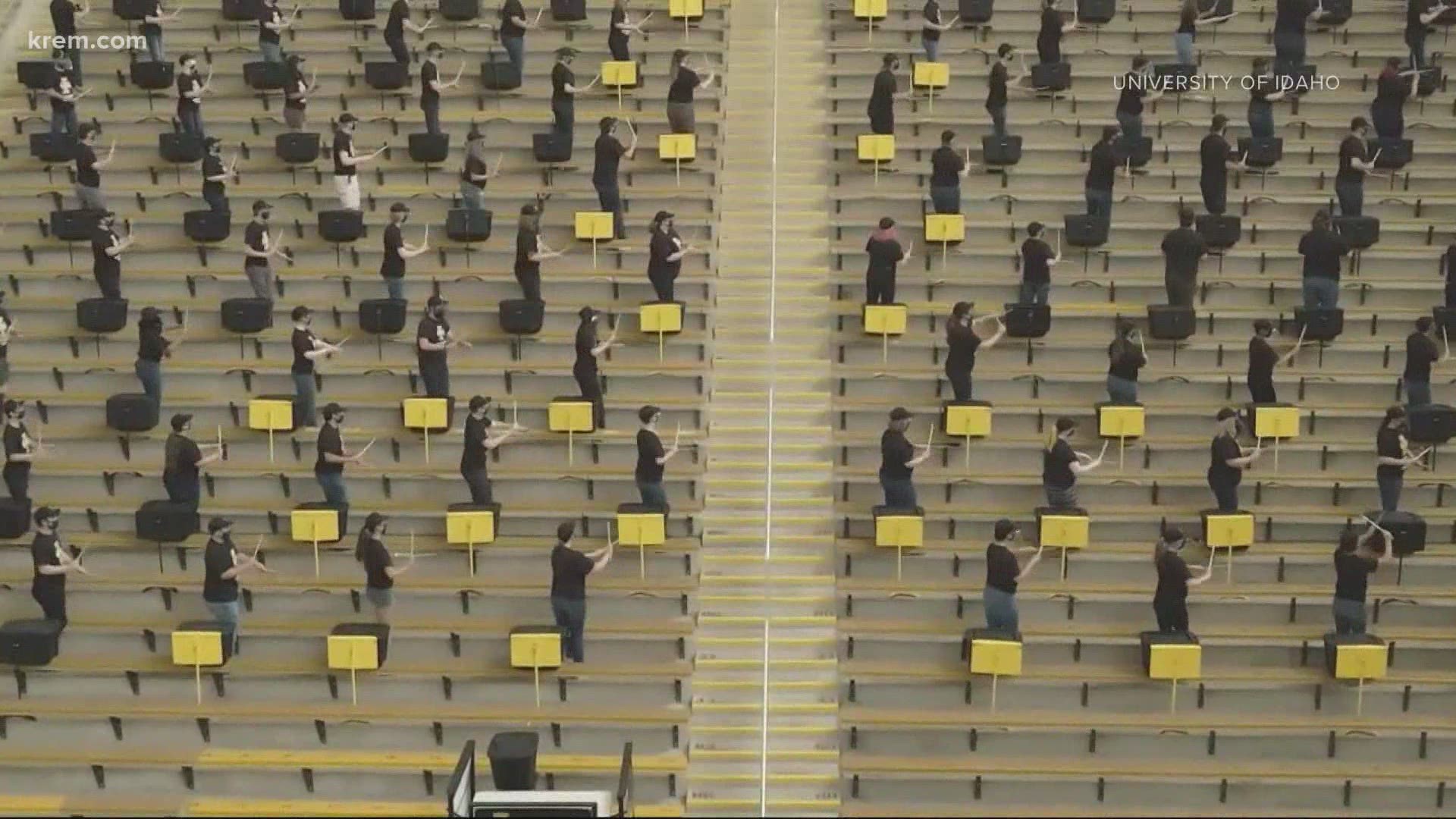 MOSCOW, Idaho — The University of Idaho Vandal marching band is getting creative when it comes to performing amidst COVID-19.

The band doesn't have any fall football games to play at first and foremost. More importantly, band leaders have opted to take a cautious approach when it comes to students playing woodwind and brass instruments that could potentially spread contagious aerosols.

"We didn't quite know if it was safe or not," said Spencer Martin, the director of UI's Athletic bands, regarding whether certain instruments would be permissible in the Vandal marching band.

The solution from Martin and his colleagues; make the marching band percussion-driven.

"We adopted this mantra, 'Don't let what you can't do interfere with what you can do,'" said the band leader.

During a recent performance that was posted to the school's social media pages, nearly all of the band's 150 students played drums. For the majority of those students, their instruments were plastic bins serving as drums.

Using the bins served as an easy way for each student to not only have their own percussive instrument, but also to tote around individual face shields and cleaning supplies.

A video of the marching band performing inside the Kibbie Dome shows students seated six feet apart from each other in the stands.

"We said, 'Let's just do something totally different. And instead of worrying about the limitations, let's lean into the limitations, making sure we're safe first and foremost," said Martin.

The marching band's existing percussion section, which is comprised of 25 students, remained the same. The COVID-19-friendly band now prominently features two electric guitars, an electric bass, and a keyboard.

"Why not?" asked Martin. "Why can't you have a heavy metal rock band with a non-marching percussive bin-playing marching band?"