The well-known statue already went through Phase I of the repairs. Now the city is approved to negotiate a contract for the final design. 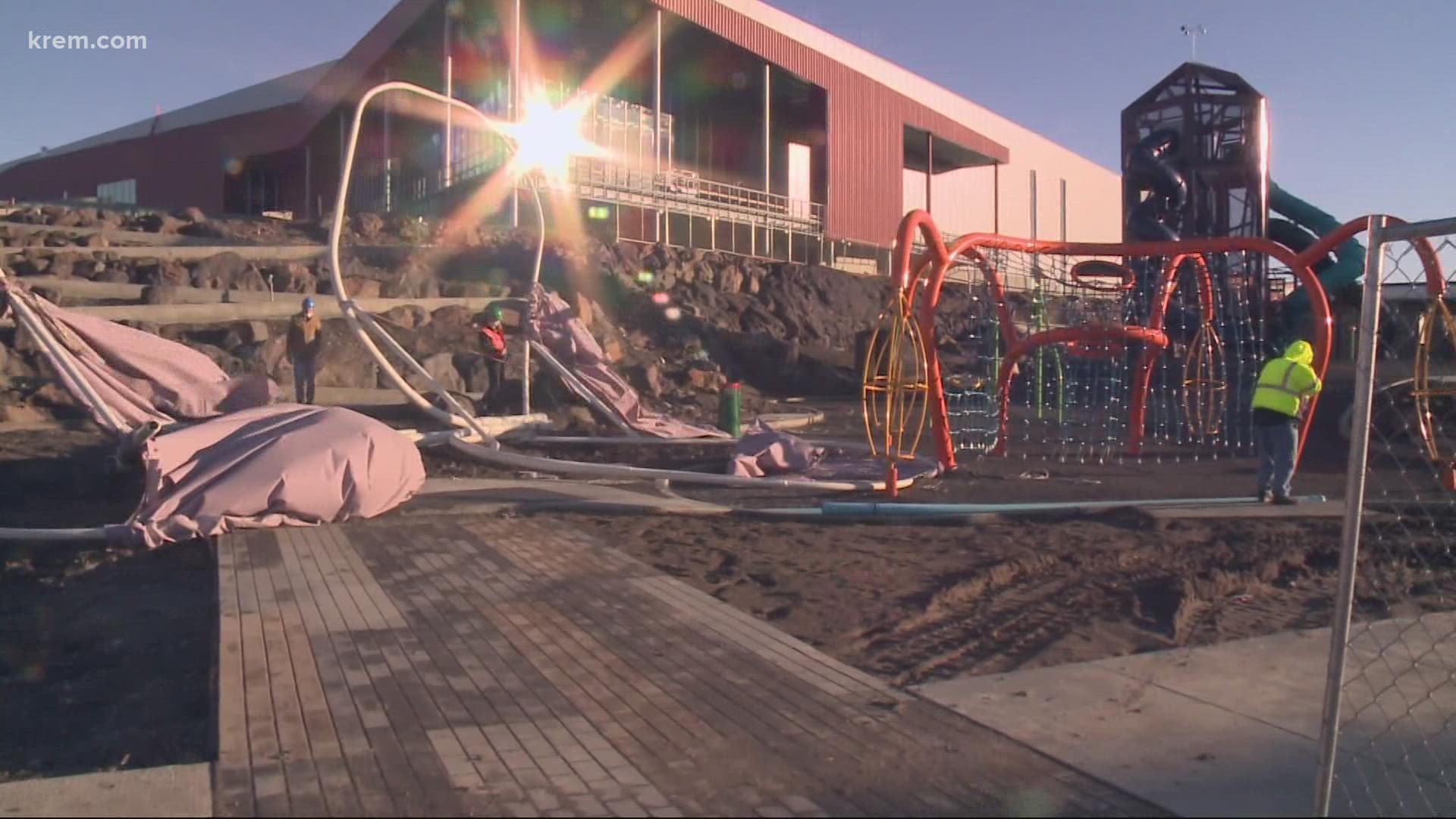 The city of Spokane is making progress to the redesign and fix of the Riverfront Park butterfly sculpture. The design is approved for the new butterfly, now the city is looking to contract a builder.

Back in January, high winds that reached over 70 miles per hour knocked down the famous sculpture built for Expo '74 in Spokane. It was previously said the sculptures could handle winds over 110 miles per hour.

Now Spokane Parks and Recreation is working to restore the sculpture to its pre-windstorm glory. In May 2021, the parks board approved a $27,000 repair. It was paid for by the Spokane Parks Foundation's Campaign for Riverfront Spokane.

One of the engineers involved in the new project helped repair the original world fair butterfly in the 90s. He was increasingly interested in the new technology being used in the repairs.

"There are some really, really fun types of fabrics that they're building these days," Craig Lee said. "All kinds of interesting things we're looking into. It's kind of one of those opportunities to be involved in something that's kind of special, and you can kind of say 'Thanks, Spokane, for being a great place to live.'"

He was the principal engineer and advisor of the project.

Spokane Parks and Recreation showed what the new design will look like with the new wings. The frame will also be different to allow for a twisting motion.  The butterfly will also be smaller. The new wing will be more lifelike and colorful.

On Jan. 13, a devastating windstorm severely damaged the Expo ‘74 lilac butterfly on @SpoRiverfrontPk's north bank after original welds broke under the extreme force of the 70+ mph winds. Get the latest update on work to bring back the iconic butterfly. 🦋 https://t.co/7ICr1JC7yH pic.twitter.com/UKN1clIFyf