'There's no act of love too small': St. Maries church helps communities across the nation heal

It started four years ago with a woman bringing an angel keychain from her last community to St. Pauls Lutheran Church in St. Maries. 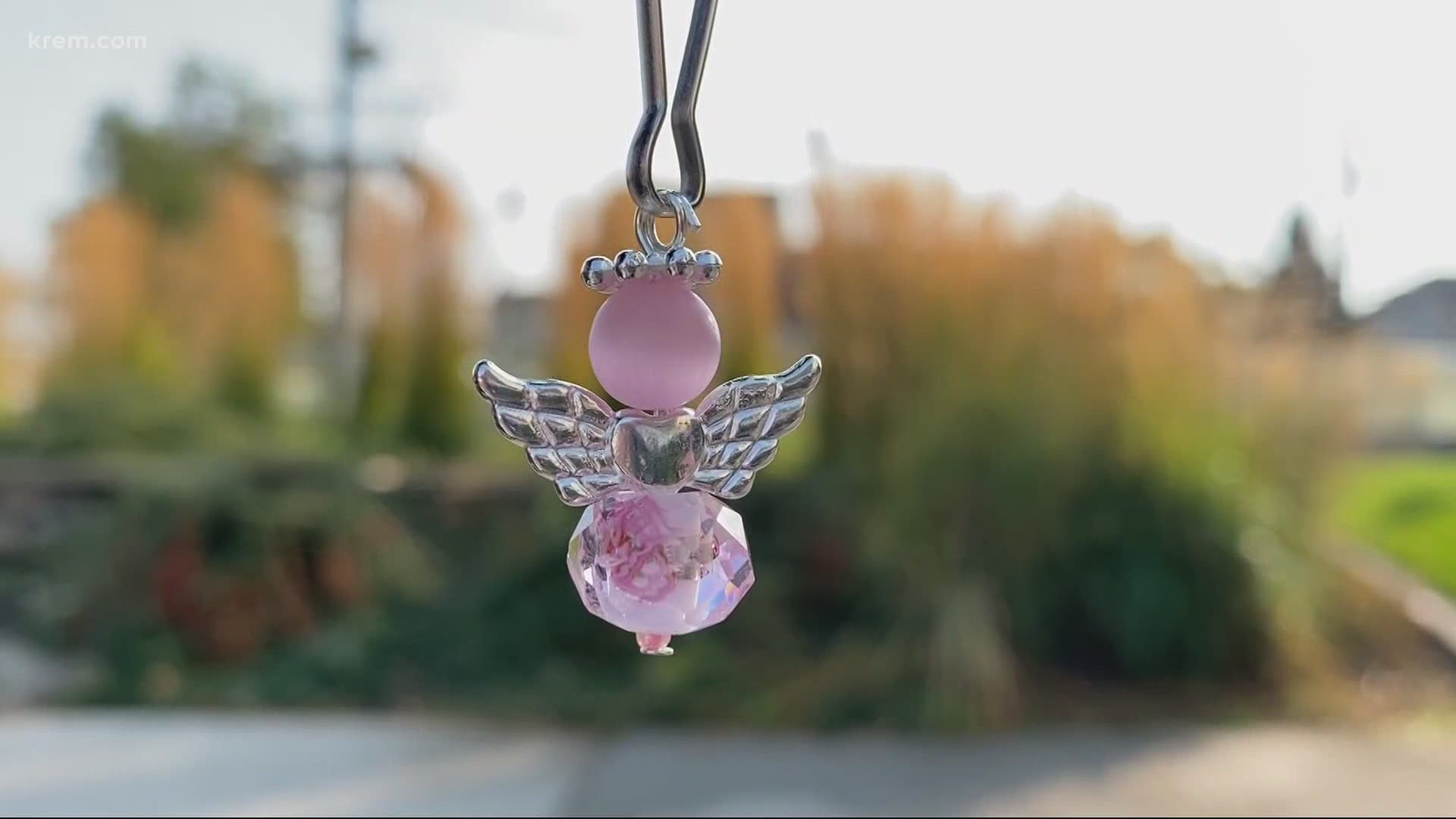 ST MARIES, Idaho — Members of a church in St. Maries are doing their part to help their community heal and find peace in what’s been a challenging year for many.

They’re calling themselves ‘Angels for Peace and Healing’ and their acts of kindness are getting national attention.

It started four years ago with a woman bringing an angel keychain from her last community to St. Pauls Lutheran Church in St. Maries. The hope was to make them and give them out to people who were sick or had a death in their family to bring them comfort.

“I think it was three and a half years ago the Dallas police force was ambushed and it was on tv live for hours,” said Judy Leach, one of the original makers of the angels. “And it really bothered my husband and I, we watched it during the night. God kept telling me, do something about it.”

Leach said God told her to do what she could and she knew how to make those little angels.

“We had about six of us here the next day and made 50 angels and send them to the Dallas police force,” she said.

The project grew from there. So far in 2020, they’ve sent out over 30,000 angels. They have about seven people making them. They’re thrilled by the response they have gotten through the mail.

“Thank you so much for all the beautiful angels you made a memory of Officer Bohannan, you are a light in our community, and we are thankful for you,” one letter read.

They send the angels to fallen officers, firefighters and EMTS.

“We always say there's no act of love too small,” church member Mary Davidson said. “Just this little token it's something they can hold in their hand to remember that somebody is thinking of them, and that is praying for them and that's why we call it the ‘Angels for Peace and Healing’ because that's really what we're trying to be about to be that calm in the midst of the storm to override that that hope and that healing.”