Leny gained a following after his owners shared videos of him sliding down grassy hills in Spokane. His Instagram page has over 56,000 followers. 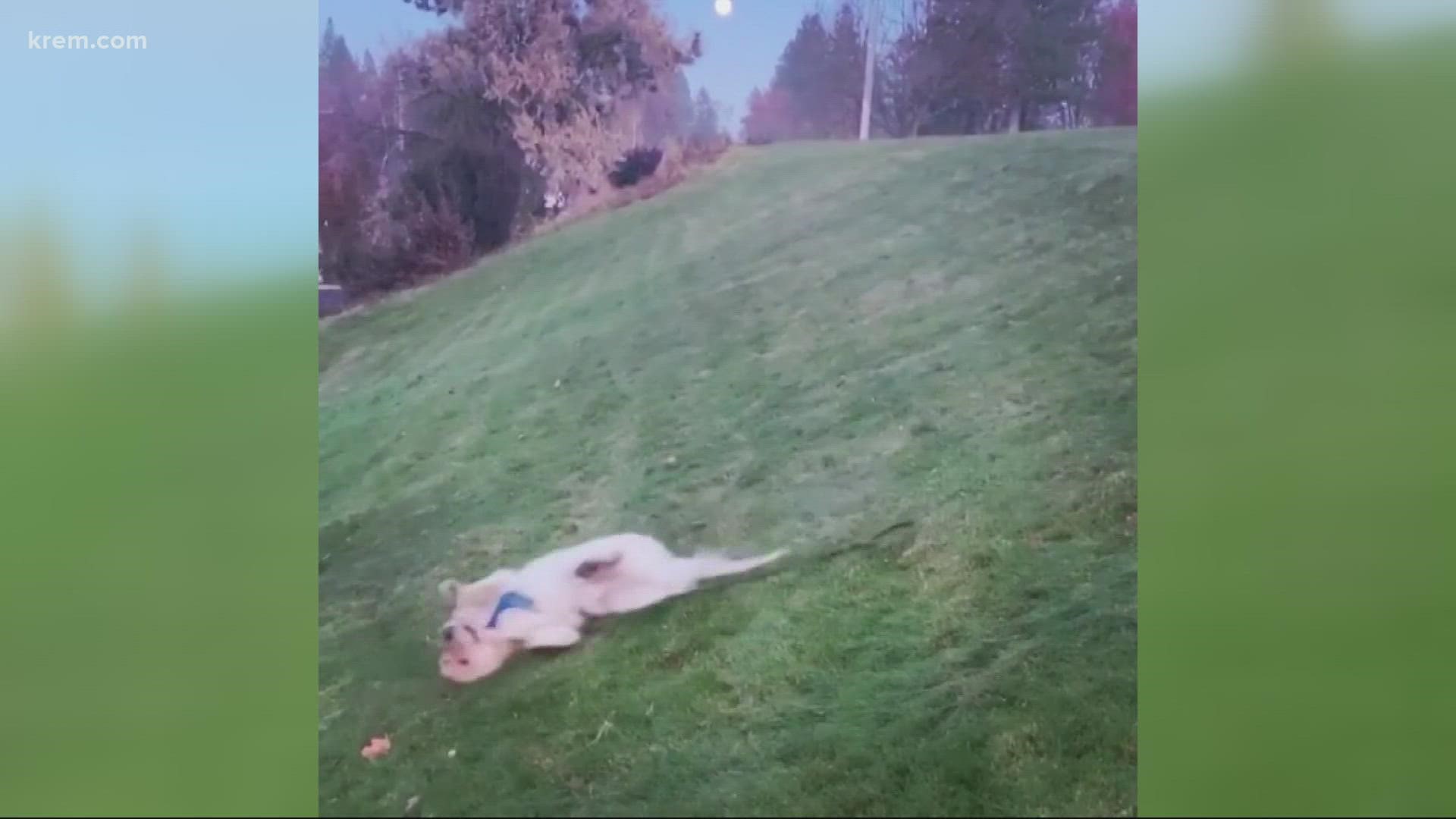 SPOKANE, Wash. — Spokane's Instagram-famous Leny the Retriever has gained a following because of his love for sliding down grassy hills.

A recent injury has sidelined the popular pup. But KREM 2's Dave Somers shows us... it's still all downhill from here.

Leny's owner Jackie Caro said Leny got injured while he was playing with another dog, not from his love of sliding. Leny ruptured his cranial cruciate ligament (CCL).

"Typically, these dogs will completely have full activity in six months," Bories said.

The therapy is about 50 treatments spread out over about four and a half months. His first session lasted four minutes and he's working his way up.

During Leny's recovery, he's only going on short walks and isn't able to play with any other dogs.

Caro said she doesn't know why he started sliding down hills, but she knows he's excited to slide again soon.