Inland Northwest Opera got permission from Gov. Inslee's office to put on the private performances, despite guidelines restricting live music. 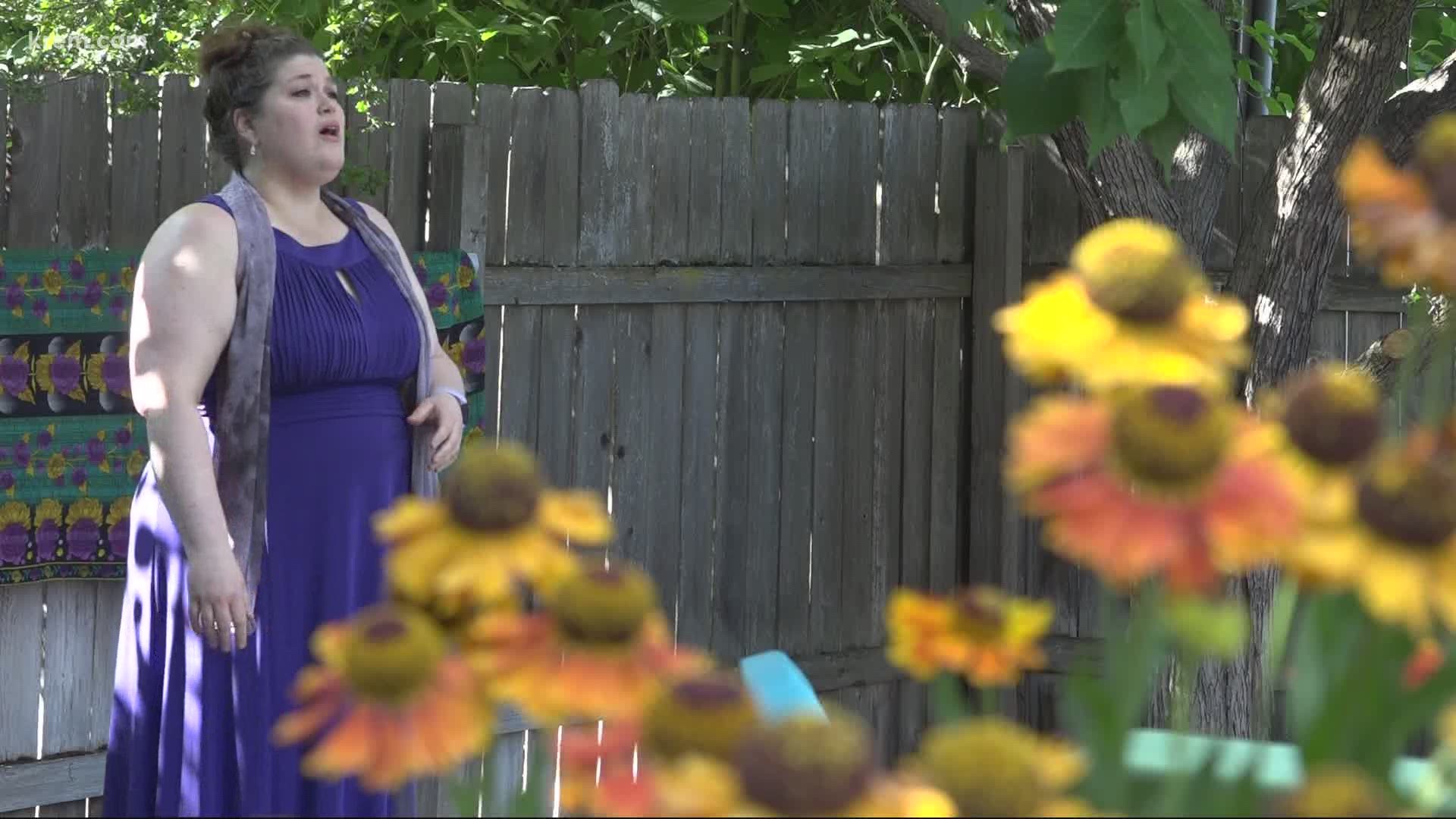 SPOKANE, Wash. — The booming, yet soothing, voice of opera rang through the peaceful quiet of a Spokane neighborhood on a hot July weekend. The sound came from Nita and Alexander Gordon's backyard.

A professional opera singer took to a makeshift stage in the couple's yard on a small carpet they had left out for her.

By the end of the performance, the Gordons were moved to tears.

"It was amazing," Alexander Gordon said after passing tissues around the backyard.

Before this summer, a private backyard performance would not have been like anything the singer had done before. But now, it's the only way she can spread the voice of opera throughout the Inland Northwest.

Due to coronavirus restrictions, Inland Northwest Opera had to cancel their typical season. In order to continue bringing opera into the community, they started an Opera Grams program.

The new service allows anyone to have an opera singer arrive at their house to give a private performance. The Gordons ordered one of those Opera Grams for their 20-year wedding anniversary.

"It's perfect for the stressful times that we're dealing with now. I can't think of anything better to kind of release all that stress," Nita Gordon said.

That reaction is exactly what INO was hoping for when they decided to create this new program.

General Artistic Director of INO Dawn Wolski said the idea was inspired by singing telegrams that were popular in the 1930's. They adapted the concept to bring opera to the Spokane community, and give local singers a chance to perform.

"Our goal is just to be able to bring a little bit of live joy to people during this time," Wolski said.

INO got specific permission from Gov. Jay Inslee's office to put on these private performances, despite guidelines restricting live music.

The singers remain outside at all times during the performances and stay at least 20 feet away from their small audience. But that distance does not impair the performance quality, because opera singers are known for their projection.

"Its just so raw its the human voice and that's it," Wolski said.

Each Opera Gram costs $100 and comes with two customizable arias. They are available every weekend this summer.

For the Gordons, it was worth every penny.