Jacob Hollister and Malik Turner visited patients at the hospital. While there, they helped celebrate one boy's special milestone. 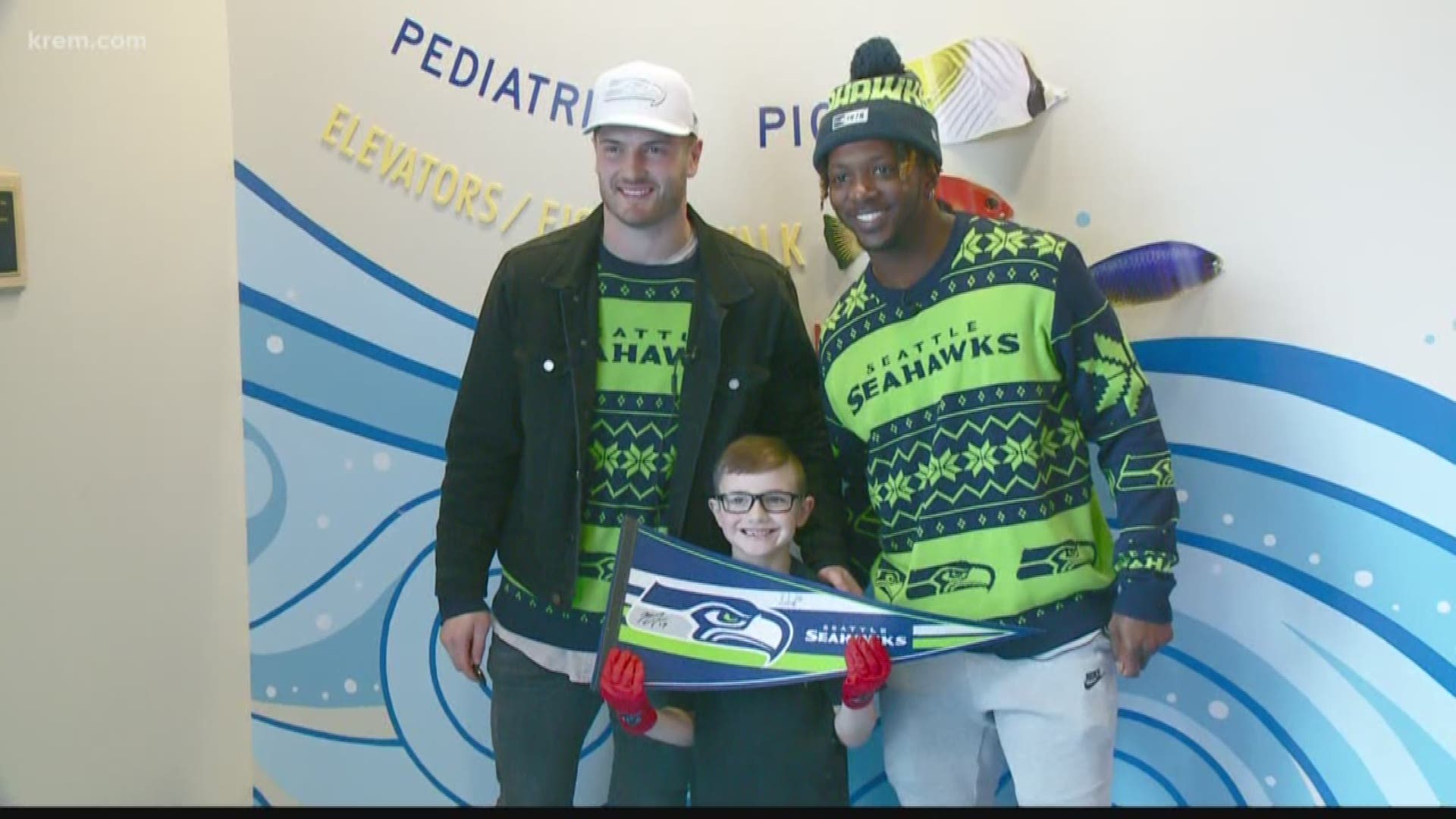 After winning a game against the Vikings the night before, the two players flew to Spokane to offer encouragement to patients and their parents fighting battles for their health.

“You think back to being a kid, and you think of how awesome it is to have people with a platform come out and visit. It’s so enlightening for us to come,” Hollister said.

The players autographed flags and gave each patient a Seahawks stuffed bear. They talked with the children about sports and finding their passions.

Near the end of their visit, the players were asked to stick around for a special ceremony.

Seven-year-old Brodie Mahakam won his fight with cancer and was about to ring the victory bell, so he asked Hollister and Turner to join him.

The two players stood beside the boy and as he pulled the string and sounded the bell.

“It was so nice that they were right next to me when I rang the bell. It was exciting,” Brodie said.

“It’s just awesome to see kids who have so much fight,” Hollister said. “We go out there on Sundays and get banged up after the game, and then you see these kids really fighting battles for the things that they’re going through. These kids are warriors.”