Numerica Skate Ribbon at Riverfront Spokane will be ending their skate season at the end of February. 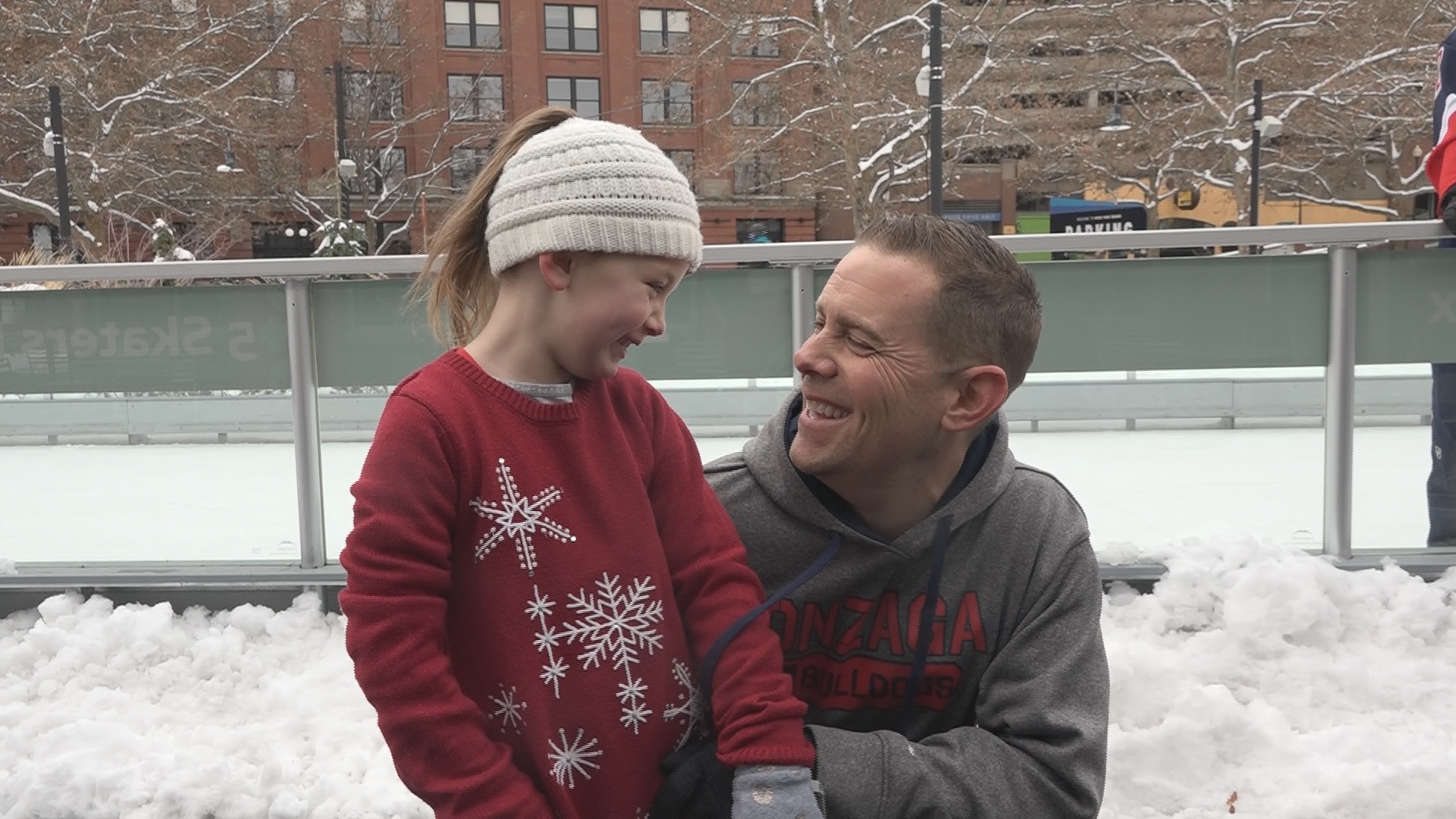 SPOKANE COUNTY, Wash. — Community members skated circles on the Numerica Skate Ribbon at Riverfront Park on Saturday. The skate season is coming to an end in Spokane at the end of February, and many families say it has been a haven during the pandemic.

Due to coronavirus restrictions, many recreational activities were closed over the past year. Luckily, the City of Spokane modified one of their main attractions to comply with social distancing regulations.

"It's really fun," Kinsley Murray, 5, said. "My favorite part is skating with my dad."

The five-year-old and her dad Shafer Murray said skating on the weekend is worth the two hour drive.

"We live in the Tri-Cities and there is nothing to do, so we come here," she added.

They aren't the only ones driving across county lines to get the Spokane. Sandpoint, ID. Eight-year-old Erin Tyrrell and her family decided to spend Tyrrell's birthday at the Ribbon.

"I wanted to come here for my special day," Tyrrell said. "We will be going on the gondolas after."

The City says people from all over the region are heading to Spokane's Riverfront Park to use the skate ribbon.

"It's really humbling and exciting for us," Director of Parks and Recreation Garrett Jones said. "Parks and open space has been one of those go-to places during the pandemic when you can't do anything else."

Jones added that being able to go to a local park or to visit the Ribbon is heartwarming for the City. One group of skaters even said it was a "saving grace."

The City didn't want to just close until the following year, Jones said.

"It would have been just too easy to say, 'Come back in 2021 when it is hopefully back to normal,'" he added. "Having worked with our partners to stay open is forever going to change us as well, in a positive way just to adapt and be flexible."

Jones says the City, the health district, and the state took on the challenge of keeping this amenity open, having to think outside the box to make sure they kept the community safe.

"If you look out there you see colored zones, public course, we have pre-registration and wearing masks and gloves," he said. "It's been a success, and we've been able to, as the guidelines have changed, we've been able to expand capacity as well."

Skate season is officially over at the end of the month, but the City says they are working on plans to open the carousel once the ribbon closes.

"I do my homework on the way here so it feels like awesome," Murray said. "It's fun and nice and I love my dad." 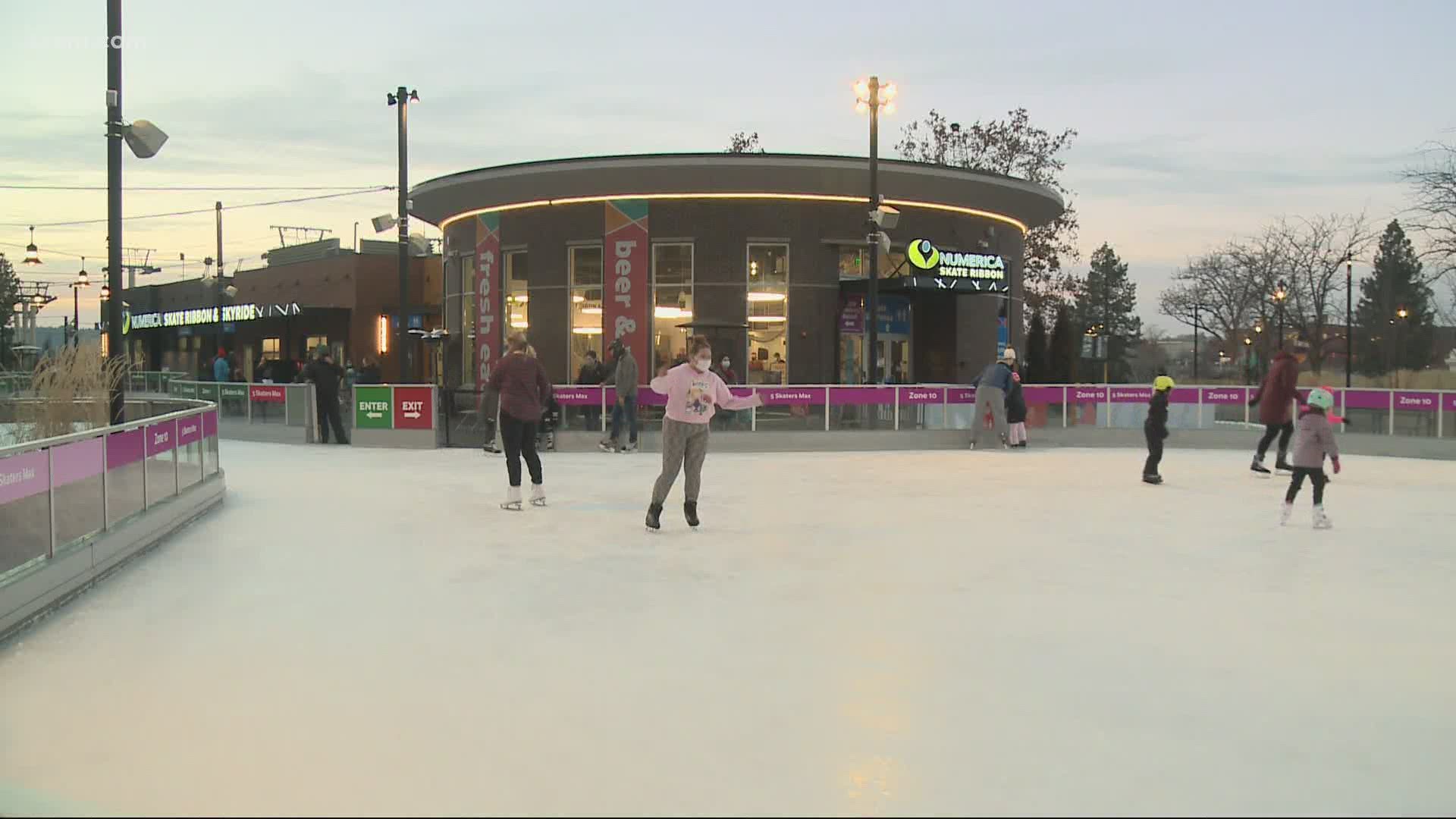