Role models come in all shapes and sizes, whether its a parent, a teacher or a Supreme Court Justice. 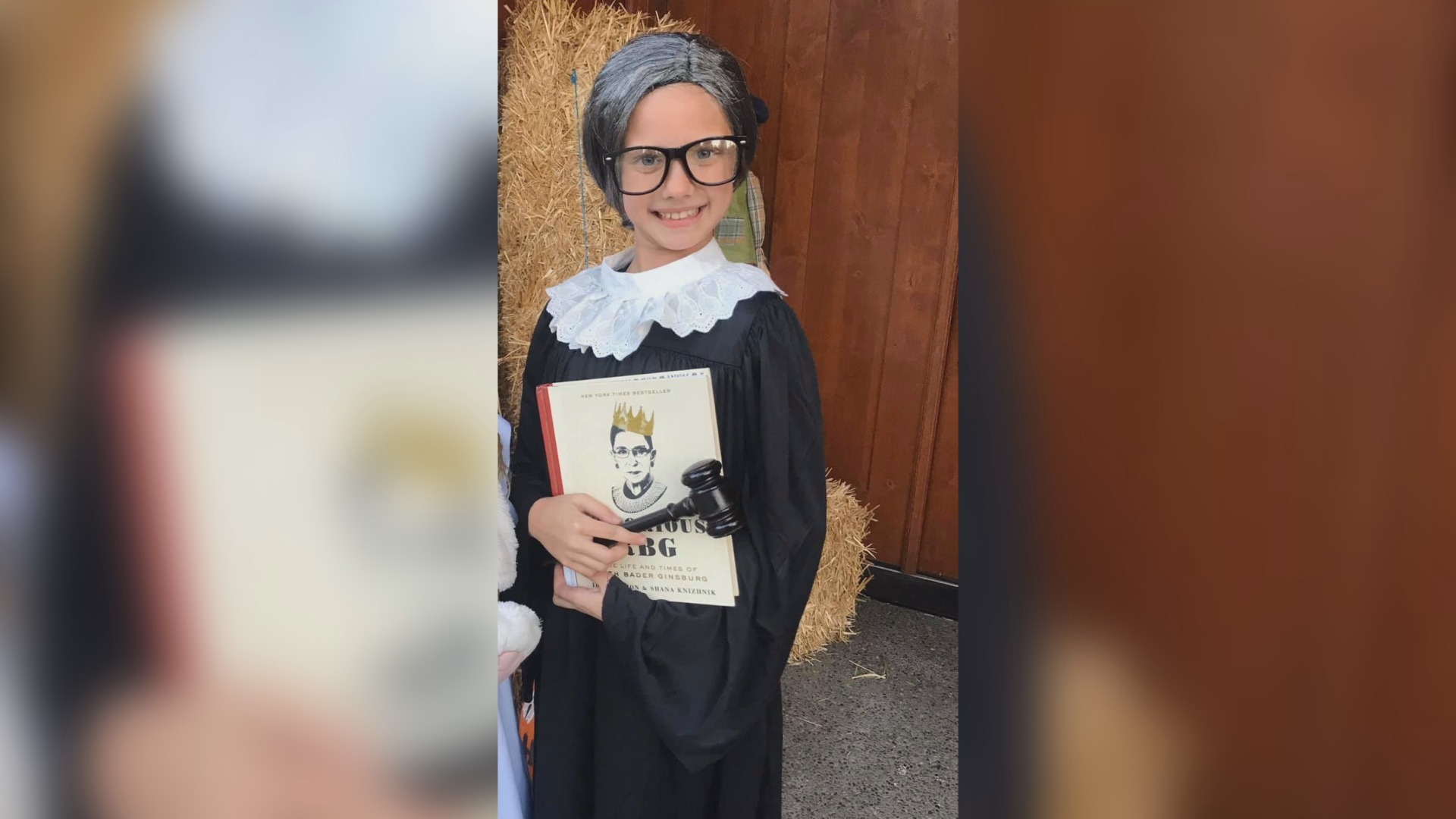 HAYDEN, Idaho — Ruth Bader Ginsburg inspired so many people, no matter what age.

In the wake of her death, one of her biggest fans spent the past week in-and-out of disbelief.

"Men and women are persons of equal dignity and they should count equally before the law," the late justice once said.

For Hayden 9-year-old Amiah Van Hill, that was one of Ginsburg's best quotes.

"That's my favorite one," said 9-year-old Amiah Van Hill. "She has so many good quotes."

For Van Hill, Ginsburg is one of her idols.

"She's basically everything I want to be," Van Hill said. "I want to be just like her, except do it in my own way because no one can replace her."

The Supreme Court Justice died at age 87, leaving behind her seat, her neck collar and her millions of supporters.

"For most people in like, books, it always takes like a week to process the whole thing," she said when remembering the moment she found out Ginsburg died. "But for me, it was just like, boom."

She said she discovered the Justice after hearing about her one day years ago. From there, she tried to get her hands on every book about her she saw.

Her resiliency is the trait that Van Hill most admired.

"As people insulted her and said mean things, she just used it to get stronger," she added. "She is my superhero."

Being an elementary school student is tough, but knowing that she could one day be a Supreme Court Justice excites her for the future.

"She really helped me understand everything," she said, teary-eyed. "I still can't really believe it, I have been trying to block it out."

Van Hill struggled to look at anything that reminds her of Ginsburg.

"I can talk about her for a bit, but I just don't really like to look at new stories about her," she said. "It just makes me really sad and break down crying."

She wants to change the world, just like Ginsburg. She learned about activism and working for the good of the community from her, and made it her life goal to help other people.

Van Hill is one of the 10 girls featured in the American Girl Doll's Making a Difference book because she raised over $23,000 to pay off lunch debt for the kids who could not afford to eat in her school district.

"It's a book about people who change the world, or are starting to change the world," she said. "I think she would find it very interesting, and be proud of all the people who are in it. She would silently encourage them to keep going and just do it more and keep changing the world."

Van Hill is shaping up to try to follow in Ginsburg's footsteps, and next up on her list is the Supreme Court. Ginsburg made her mark and will never be forgotten, especially for girls like Van Mark.