Downed trees from the snowstorm led to neighborhood cleanup efforts. 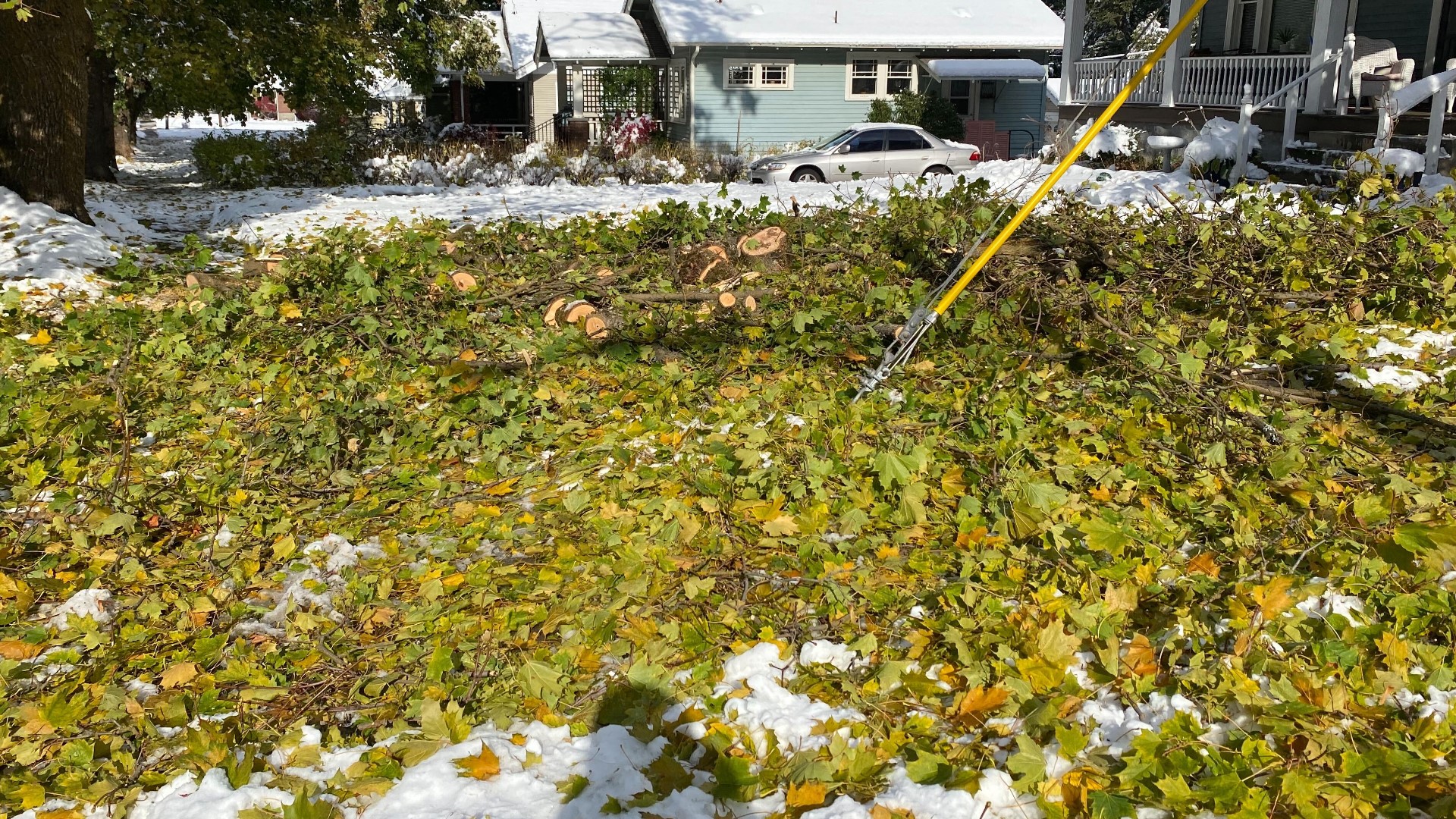 SPOKANE COUNTY, Wash — The snow may not have been falling Saturday in Spokane, but trees were.

The city says they have received hundreds of calls about tree damage.

Crews have been working around the clock to restore service and remove downed trees, but major damage is still impacting every corner of Spokane.

"I didn't hear anything, I was surprised when I saw that this morning," said Manito resident Jewel Nelson. "I couldn't believe it, like all that and about a third of the tree."

The Maple tree in front of her home is decades old, but only recently started having problems with snow.

"This is the second year in a row that the tree has been split," she added. "Last year's storm took off branches from the other side."

She has two major trees on her property, the Maple in front and another in the back.

"I don't even want to think about seeing the other tree," she said.

When she walked into her backyard, she got more than just fallen limbs as a surprise.

Her neighbors came together to help clean up her lawn. They said they didn't want her to have to wait for city crews.

The city is prioritizing trees on busy streets, according to Public Works' Marlene Feist.

Winter hasn't even officially arrived, but Jewel says she's taking it all in stride -- especially knowing her neighbors are by her side.

"I'm not as nervous as it would have been, I don't have many trees," she laughed when thinking about how winter may impact her yard. "I'm feeling grateful, life is good. I am warm and everything is okay."

“You don’t even want to know what the backyard looks like.”

What landscapers and neighbors are calling the biggest tree damage they have seen from the storm.

We’ll be live from this Manito residence at 5 p.m. only on @KREM2 pic.twitter.com/Aw0mAD9jIo

The sun coming out is helping melt snow off the trees, so the city is hoping less damage occurs in the future. To report tree destruction, call them at 311.