As an unofficial mascot of Spokane's signature race for 33 years, Bill Robinson has brought decades of love and laughter with his giant vulture costume. 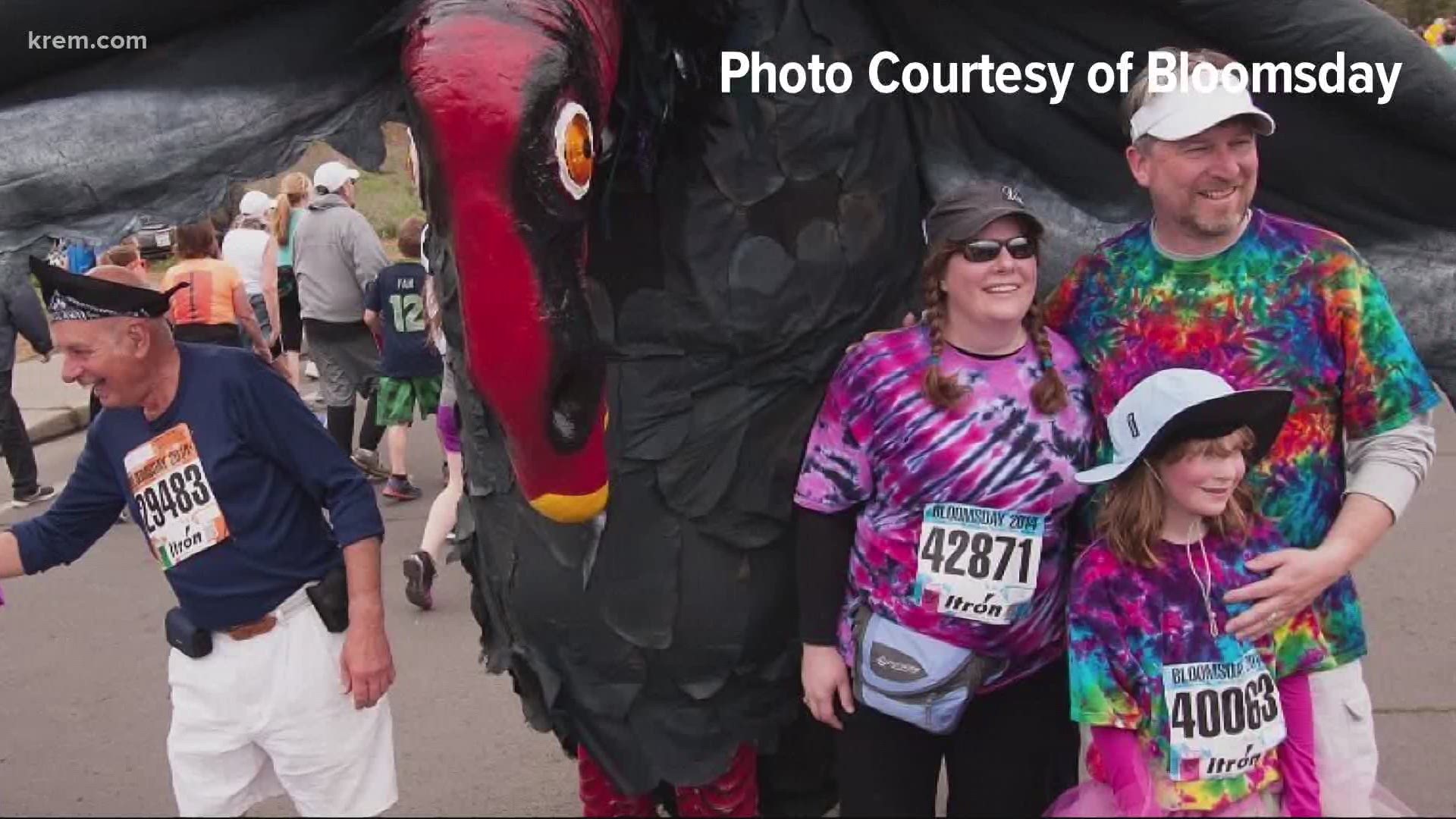 SPOKANE, Wash. — Bloomsday runners will miss a familiar feathered face atop Doomsday Hill in 2020, with the race shifted into a new virtual format.

This is a first for Bill Robinson, the man behind the Doomsday Hill Vulture, who has been trekking up to the top of the hill every year since 1987.

The massive vulture costume, which Robinson built back in 1986 to try and win a Halloween costume contest, has evolved to a massive display of papier-mâché, foam, rubber and batteries.

"I didn't really have any expectations other than make people laugh and say, ‘Hey did you see that thing off on the side there?’” laughs Robinson. “And it was swarmed with national news helicopters, and all kinds of things.”

The 67-year-old built it himself to try and win a Halloween costume contest. His efforts were successful.

And at 10 feet tall and 16 feet wide, it casts quite the figure for runners to stop and snap a picture with or playfully smack a wing along the way.

Robinson said the suit itself is meant to be soft and it isn’t heavy.

Inside his suit, Robinson has stood up to rain, snow, and heat. But it’s strong winds that have proven to be his biggest obstacle.

His wife, Sharon, has joined him on Doomsday Hill over the past 15 years, acting as his bodyguard to keep him safe from any unfortunate collisions or wayward wind issues.

But she said there’s something else that captures her attention even more each year.

"He's in the second and third generation of people now, so what [Bill] doesn't see is fathers come up with their little kids, and they lift them up and say 'You hit the wings! This is what you do when you go under the vulture, hit the wings!’” she said with a laugh. “And the kid hits the wings and then they run off...it's so cool."

But Bill still sees his fair share of funny, heartwarming and sometimes amazing interactions with runners.

“Little kids, I love…there was a 2-year-old that just showed up, punched a foot and saw that it was soft, and just sat down on it and rest,” Bill said. “So Sharon came up and said, ‘Don't move, you've got a kid sitting on your right foot!’"

Bill says he has every intention to be back in 2021 to welcome runners for a new round of Doomsday Hill memories.