'It's pretty much totally insane': Steve Gleason talks about getting Congressional Gold Medal 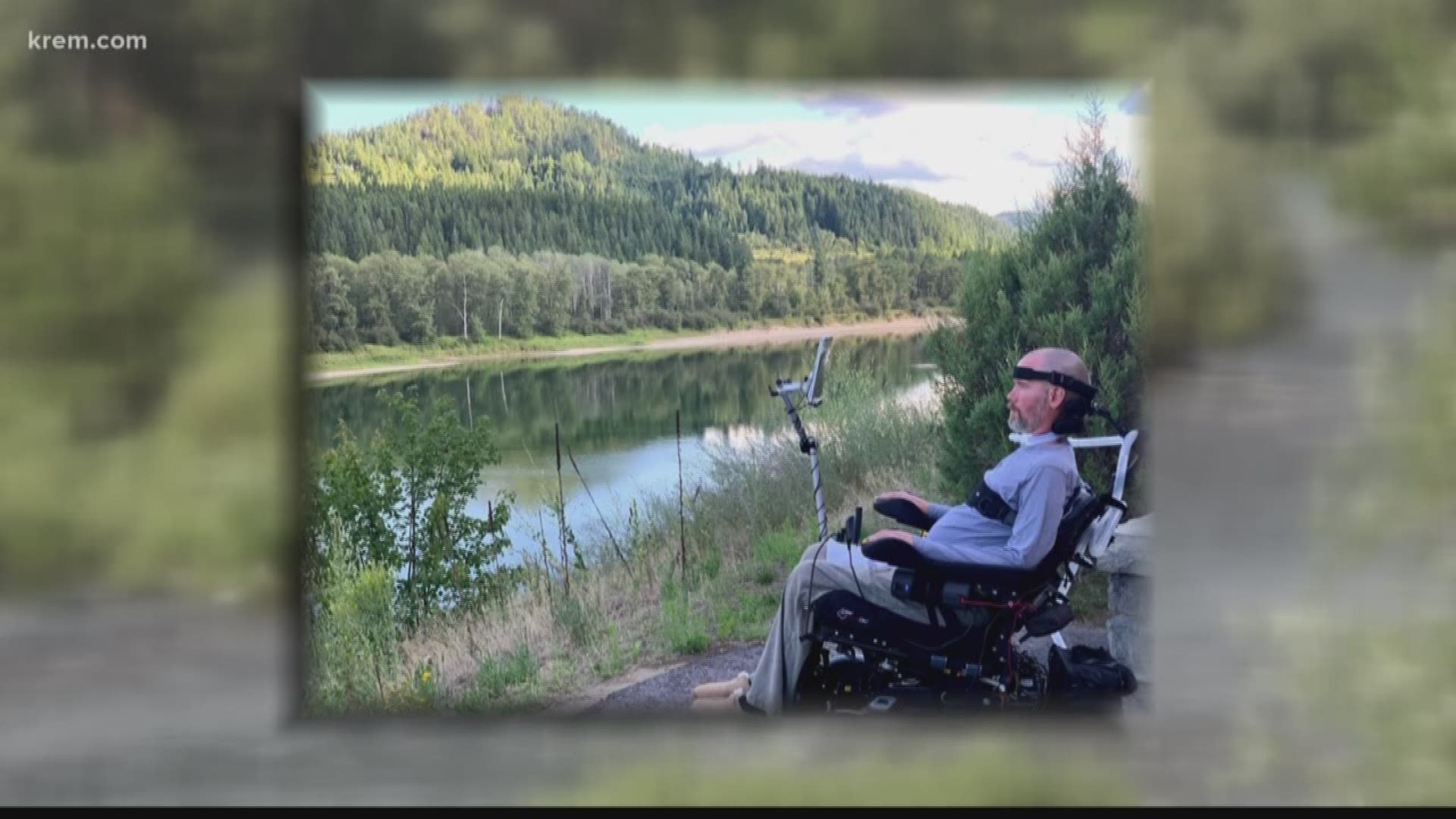 SPOKANE, Wash. — Spokane native and former NFL standout Steve Gleason has done more for others since ALS took his ability to move than most people do in a lifetime.

Gleason may live in New Orleans now, but every summer his heart draws him to Spokane, to his childhood home.

"Nine years ago, the experts told me I would have no choice but to fade away quickly and quietly. But instead I am here with my family including our daughter, Gray," Gleason said.

Gray is the newest member to the Gleason family, joining big brother, River.

"Gray is daddy's girl in the sense that she is super tough, resilient, will eat whatever you put in front of her, slightly inappropriate and she seems to feel right at home in the northwest," Gleason said.

She may be like Steve in spirit but, if you compare childhood photographs, you’ll also notice their resemblance.

"It's overwhelmingly beautiful for me. I drive her around the cabin and she loves when I play music for her. It's triumphant for me, for us. I'm so grateful for Gray," Gleason said.

That gratitude springs to Gleason’s eyes whenever he’s asked about his children, just as it does now as he talks about his son Rivers’ adventures this summer in the northwest.

"Rivers and his friend decided they were going to make spears and go hunt deer. At dusk, we went up and found several deer. The boys would hide and try to sneak up on them and finally charge. Obviously, they had no chance but that kind of thing is what I remember from my childhood and I love that I get to help share that with Rivers," he said.

Gleason earned a reputation as a hero while playing professional football. But what happens to a football hero stripped of his athletic ability?

Well if you're anything like Steve Gleason, you pivot.

He helped bring ALS and the need for research to the forefront. He pushed for new technology that allows people to drive wheelchairs and communicate solely with their eyes. From his wheelchair, Gleason worked, fought and advocated, earning him the nation's highest civilian honor.

"It's pretty much totally insane that I will be receiving the congressional gold medal. Given that the list of past honorees includes the Dalai Lama, Robert Frost, Rosa Parks, Thomas Edison and other huge humanitarian giants in history, it's hard to fathom being on the same list," Gleason said.

It's not hard for us to fathom. This is a hero. A hero with a sense of humor. Once he is wearing that medal around his neck, he figures he might finally be a part of the "A-Team."

"I'm hoping people are thinking is that Steve Gleason or is that Mr. T. from the A-Team,” Gleason said.

Team Gleason hosted ‘Gleason Fest’ Saturday in Riverfront Park. All proceeds from the annual music festival also go to help improve the lives of people living with ALS and other neuromuscular diseases.