Bill Hughes makes it a point to travel to Green Bay, Wisconsin, at least once a year for a game 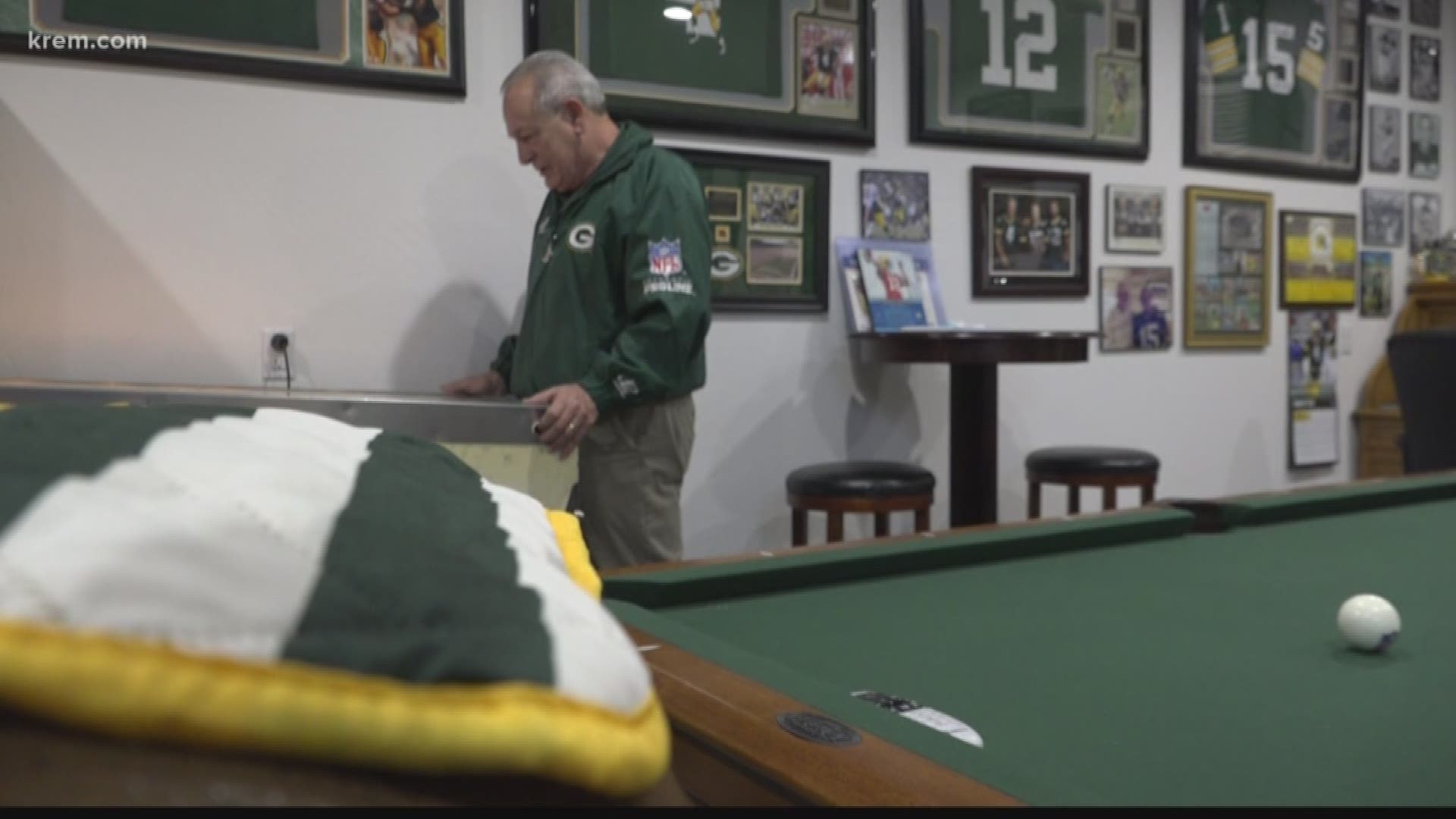 COEUR D'ALENE, Idaho — Sports runs in the Hughes family, from a dad who played Major League Baseball to a son who coached a champion high school basketball team. But for Bill Hughes, the most important sport is Packers football.

The first game mega-fan Hughes remembers watching was the 1965 NFL championship game between the Packers and the Browns. That game has since been coined "The Mud Bowl."

Hughes vividly remembers watching the match-up with his mom, while it played on their small black-and-white television.

"I became a Packers fan watching football and asking my mom who do I root for; I love this game. She said, 'You’re a Packer,'" he said.

Ever since, Hughes has been collecting team memorabilia.

Now the garage behind his house is filled with hundreds of souvenirs, including a signature from Vince Lombardi, a replica Super Bowl trophy and the actual street signs from the corner of Lambeau Field.

During a trip to Green Bay, Hughes noticed that the street sign had been hit by a vehicle, causing both sides to end up on the ground. He took it home and it’s been there ever since.

Hughes loves the Packers so much that he even named his son after legendary coach Vince Lombardi. He also makes a point to travel to Green Bay, Wisconsin, at least once a year for a game.

His dedication has paid off because the Packers Fan Hall of Fame is considering inducting Hughes as a member.

“It’s a dream come true. It's fantastic!" he said.

He made it to the top ten of this year’s competition. Now he’s in the voting stage, so in order to win he needs the community’s help.

"If you're out there, I would love your vote," he said.

People can vote once a day, everyday through the end of January. In February, Hughes will find out if he won.

It’s a goal Hughes is taking very seriously, even quoting Lombardi himself, saying, “Winning isn’t everything, it’s the only thing.”

But he has some competition. There are nine other super fans in the running to be the 2020 inductee.

You can vote for Hughes on the Packers website.