'I picked the right career': Kootenai Co. deputies save woman from driving off boat launch

A trio of Kootenai County Sheriff’s deputies are credited with saving the life of a suicidal woman last month. 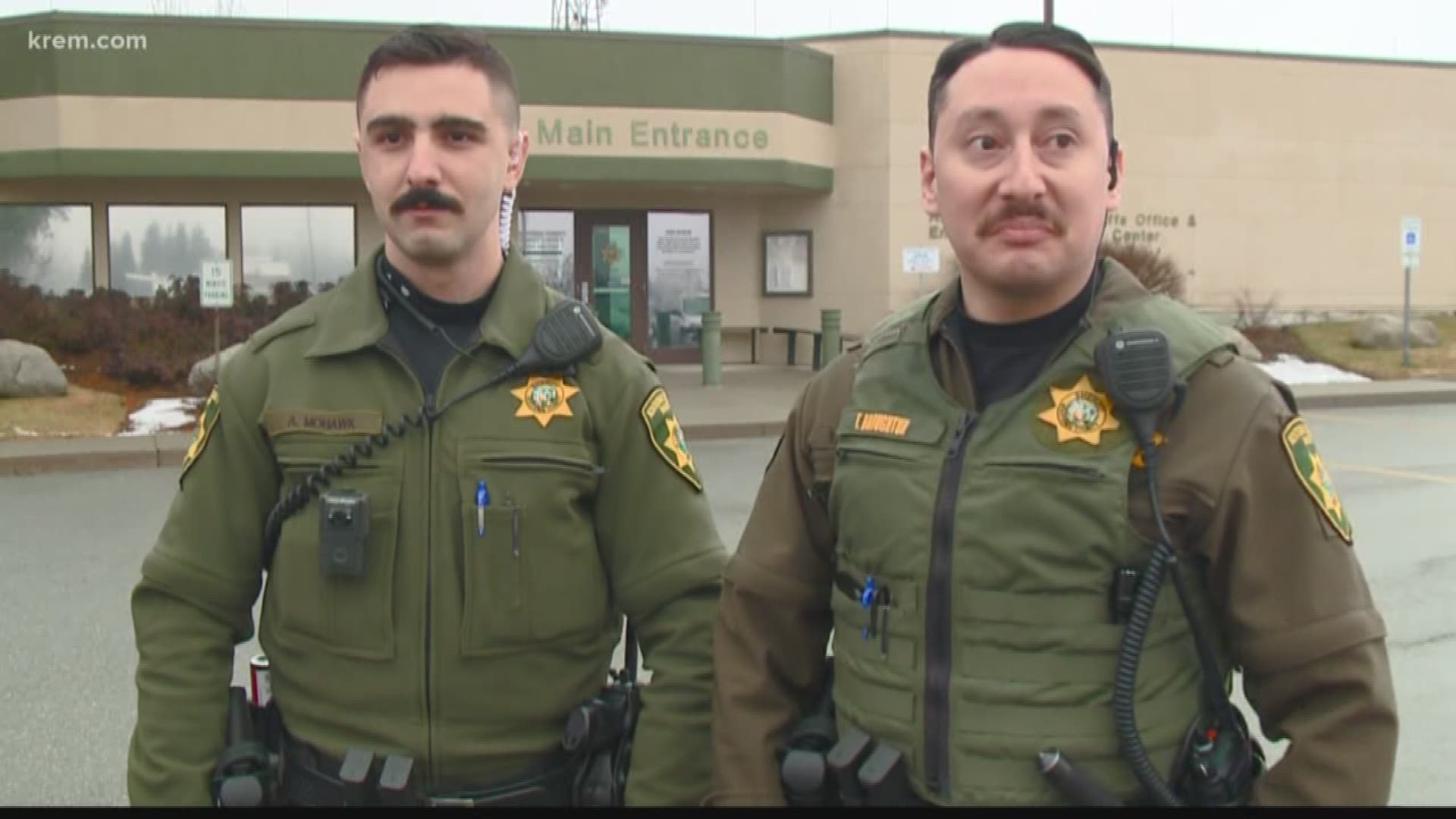 KOOTENAI COUNTY, Idaho — A trio of Kootenai County Sheriff’s deputies are credited with saving the life of a suicidal woman last month.

The woman was preparing to drive her car into Lake Coeur d’Alene at the Mineral Ridge boat launch during the early morning hours of January 30 when, according to the Sheriff’s Office, the deputies intervened and took her into protective custody.

Patrol deputies Andrew Mohawk and Zach Perry were traveling on Highway 97 to a residential alarm call in Harrison when they spotted the woman’s car stopped on the boat ramp, just 20 feet from the water’s edge.

According to Mohawk, no other cars were around at the time and the woman had driven through a snow berm to make it down the boat ramp.

After pulling into the boat ramp parking lot and making contact with the woman, the deputies started to become concerned for the woman’s safety.

"We found she was very distraught. She was crying, she was pretty emotional,” said Perry, noting that the woman began to make statements that prompted the KCSO deputies to become worried about her well-being.

"The first minute, minute and a half of dealing with her, we realized it was more of a welfare check at that point,” added Mohawk.

According to KCSO, the woman said that her brother had recently passed away and was having a difficult time dealing with it.

“She drove through the snow bank to the edge of the water and was getting ready to drive into the lake just prior to being contacted,” wrote KCSO in an online summary of the report.

"She was very straightforward and open with us what she was going through. So it was very easy to determine that her safety needed to be taken care of,” said Perry.

"A big part of our job is to listen,” Broughton said. “That's basically what Deputy Perry, Mohawk, and myself did. We just sat there and we listened to her issues and what she wanted to say."

RELATED: Putting snow in North Idaho roads could land you in legal trouble

The deputies eventually took the woman into custody out of a concern for her safety and transported her to Kootenai Health to speak with a mental health professional.

While it wasn’t entirely clear what ended up happening to the woman, KCSO applauded the deputies for intervening in what could have been a tragic situation.

“Great job by the Deputies in preventing this female from ending her life in a very tragic way,” wrote KCSO.

Broughton, Mohawk, and Perry all echoed that the call represented part of why they each joined the Sheriff’s Office.

"It reminds us why we signed up for the job,” said Mohawk. "At least for me, it's a big win every time. It's just reassurance that I picked the right career."

"It sounds cliché, but I do this job so I can help people and help my community,” added Broughton, a multi-year KCSO veteran. "In the long run, we helped her out that night. And hopefully she is doing better, and hopefully she has gotten the tools that she needed to better herself."

The following video is a report on Idaho state troopers credited with saving boy's life in Shoshone County in Dec. 2018.