K-9 Grizzly began his service with the sheriff’s office four years ago and has since been responsible for multiple captures and the rescue of a man with Alzheimer’s. 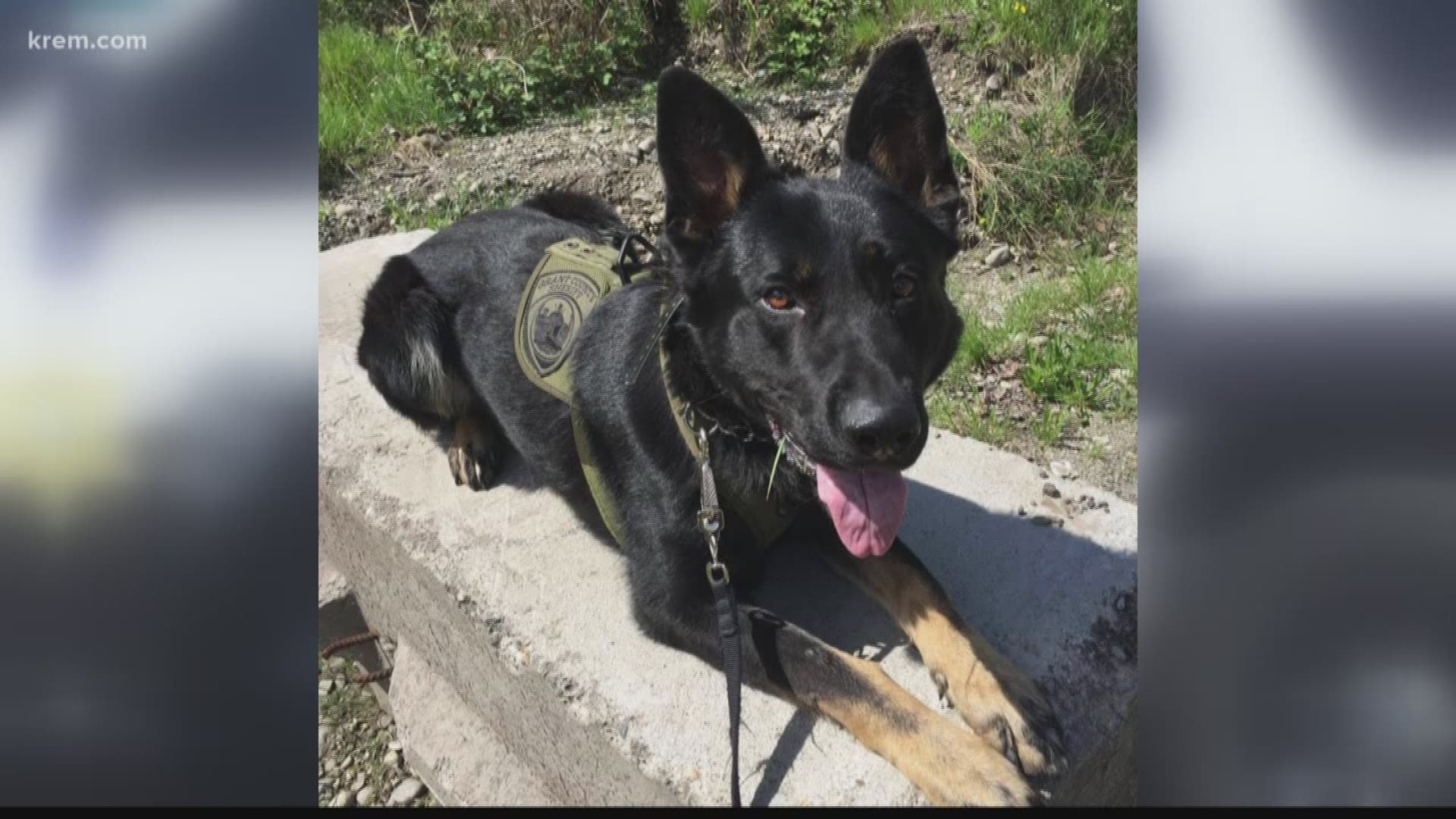 GRANT COUNTY, Wash. — A beloved K-9 officer with the Grant County Sheriff’s office is hanging up his vest after four years of catching criminals.

The Grant County Sheriff’s Office said K-9 Grizzly’s retirement became official during a recent meeting with county commissioners. A resolution declared him as retired and authorized the sale of the dog to his handler, Deputy De La Rosa, whose home he will live in during his retirement.

K-9 Grizzly began his service with the sheriff’s office four years ago and has since been responsible for multiple captures and the rescue of a man with Alzheimer’s in February 2018.

Grizzly and De La Rosa found the missing 85-year-old man in a large hole about 100 yards from his home near Epharata within minutes. Searchers initially could not find the man after trekking on foot and using a thermal imaging camera.

The K-9 officer also helped find and subdue a teen wanted for kidnapping and robbery in January 2018.

Most recently, he caught the suspect in a stolen car chase out of Moses Lake in May. He stopped the suspect by latching onto his right arm and taking him to the ground.

“Grizzly was a tremendous asset to the Sheriff's Office but glad he gets to enjoy retirement,” said Grant County Sheriff Tom Jones.

Deputy De La Rosa will remain a K-9 handler with new K-9 Hawk, who was just recently certified and is now on patrol.

In February 2018, there were three patrol K-9 teams with the Grant County Sheriff’s Office.