‘There was just not a better feeling’: Grand Coulee community helps find dog lost in wilderness

Wilson was returned home after surviving for two weeks on his own, despite dangerous wildlife and a lack of resources. His dog mom called it a miracle. 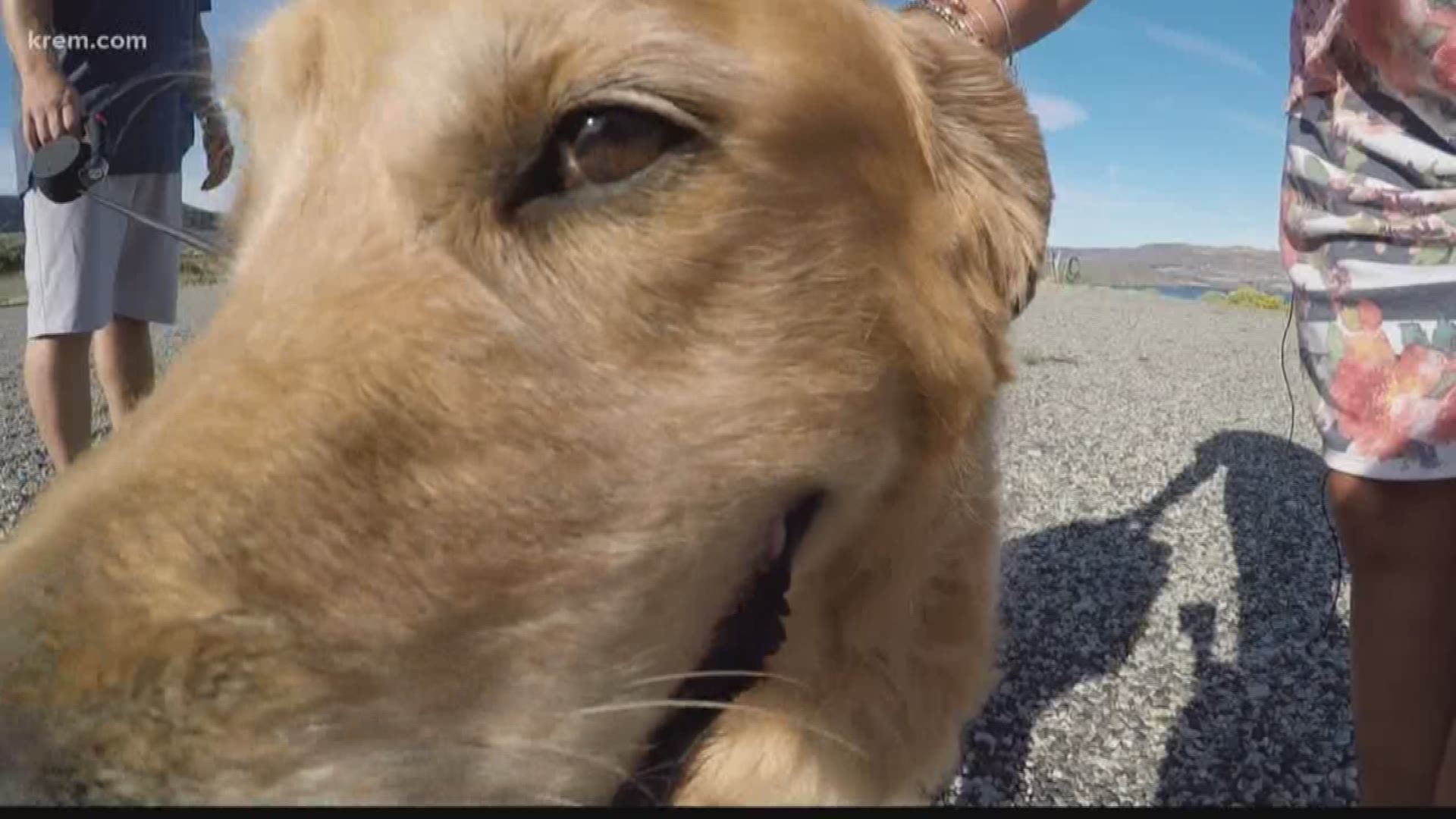 GRAND COULEE, Wash. — Grand Coulee is a small town with a big heart, especially when it comes to making sure their neighbors are happy and healthy.

When the Grove family’s golden retriever went missing on Aug. 10, it was all hands on deck.

The Groves consider their four-year-old golden retriever Wilson a member of the family. His disappearance was not only heartbreaking but surprising, too.

Dog mom Cheri Groves said Wilson is always calm and loves being by his family’s side.

"The weather turned really bad. There was thunder and lightning and I screamed, and so I ran back inside," Groves said.

But Wilson didn’t follow her. Instead, he ran north into the wilderness of eastern Washington’s high desert terrain.

“It was panic...I just felt helpless like it can’t be — He’ll be back. This just isn’t like him he’s not a wanderer," Groves said.

RELATED: Dog reunited with family after roaming wild in Seattle for 8 years

The entire town started to search for Wilson, including the small coffee stand in front of the hardware store.

The coffee stand asked each of their customers about Wilson, Grove said. That search went on for two weeks.

Just as the Groves we’re giving up hope, they got a call saying someone found their dog.

“There was just not a better feeling. He was crying and he just came. And I got down to sit in the parking lot and he just plopped down on my lap. And he just stayed there smiling and just happy to be with me,” Groves said.

The reunion was just as surprising as Wilson running off. He survived the two weeks on his own, despite dangerous wildlife and a lack of resources. Groves called it a miracle.

“Nobody expected him to be found, so when he was found we were like, ‘Woah, that’s really cool. Let’s do something,” LaPierre said.

That prompted Café Espresso to name their Puppy Chow Frapuccino after Wilson.

“You just don’t see that everywhere. You don’t see it today, so this town has something really, really special,” Groves said.

She was so thankful for the community support that she paid for $100 worth of drinks at the coffee stand after Wilson was found.

As for Wilson, he was 20 pounds lighter and struggling from symptoms of PTSD when he returned home. But he was back to his normal self within a few weeks.