Country stars Dierks Bentley and Jake Owen are just the latest celebrities to take a trip to the Inland Northwest. 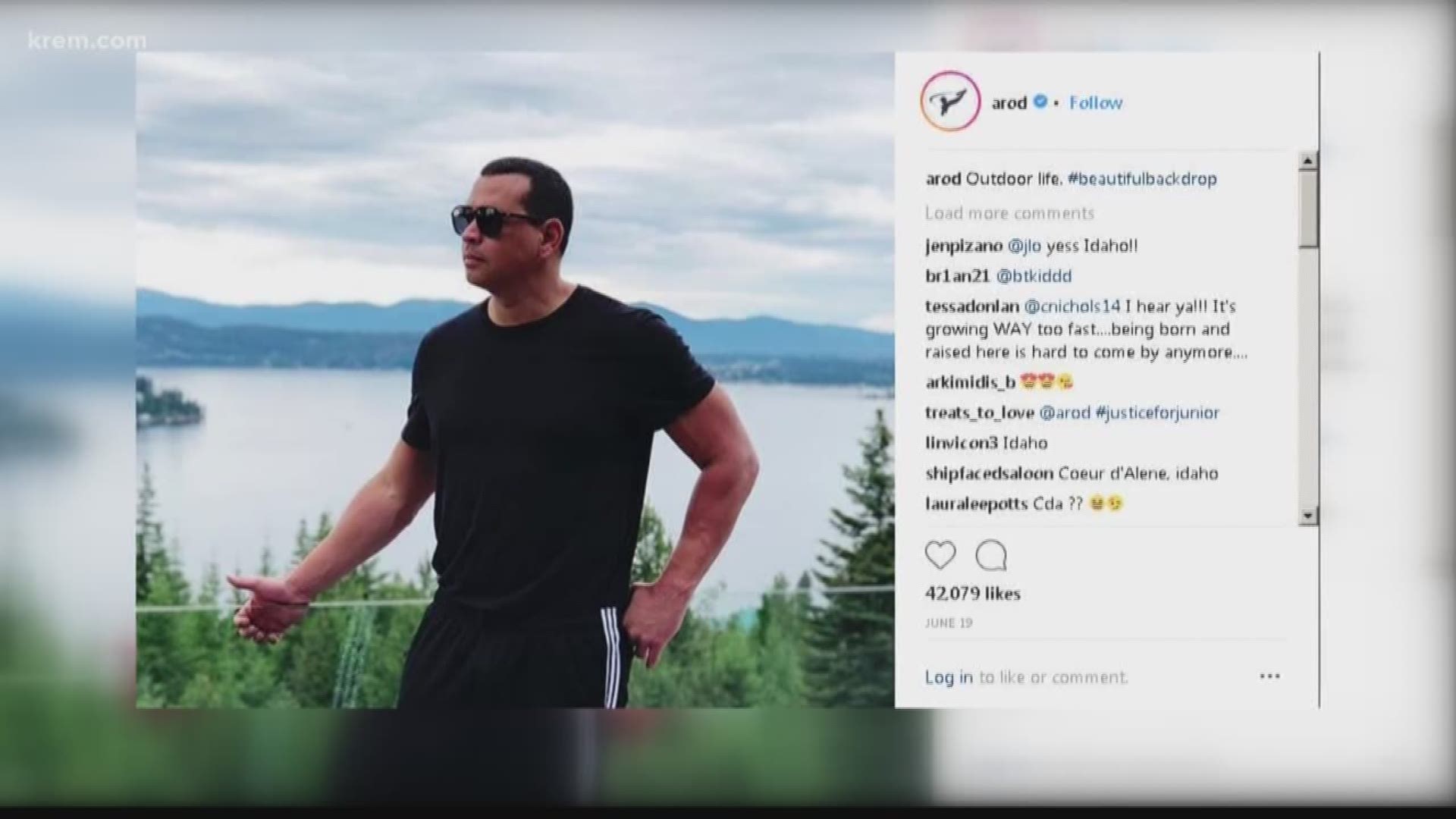 COEUR D'ALENE, Idaho — Editor's note: The above video published in 2018 is a report on celebrities visiting Coeur d'Alene.

The "Somewhere on a Beach" singer was somewhere on Lake Coeur d'Alene this past weekend. Country star Dierks Bentley and family got a little help from country singer Jake Owen for a trip to Coeur d'Alene. Owen performed at the Festival at Sandpoint on Friday night.

In a Facebook post, Bentley wrote that he had a much-needed rest day at the lake and that it might be time to brush up on his surfing. Bentley performed at the Watershed Festival just a couple of days prior and made a stop at Northern Quest Resort and Casino's outdoor amphitheater.

"My floating mat game is solid but my surfing needs work," Bentley wrote in the post.

The pair are not the first celebrities to visit Coeur d'Alene this summer. In July, Kim Kardashian posted some photos and videos of herself and her family at Lake Coeur d'Alene on Instagram.

According to TMZ, the Kardashians took a trip to Coeur d'Alene for the Fourth of July holiday weekend. Photos and videos posted by Kardashian show her wakeboarding on the lake and playing near their pool with her kids.

Kourtney Kardashian has also visited Coeur d'Alene and posted pictures from her trip in 2020.

Lake Coeur d'Alene has become somewhat of a hotspot with celebrities.

The Kardashians have not been the only celebrities at Gozzer in recent years. TMZ claimed that former One Direction band member Harry Styles has stayed at Gozzer Ranch in the area.

Justin Bieber and Mark Wahlberg are also believed to have been in Coeur d'Alene recently. Wahlberg posted a picture of himself and his family enjoying time on a beautiful lake resembling Lake Coeur d'Alene.