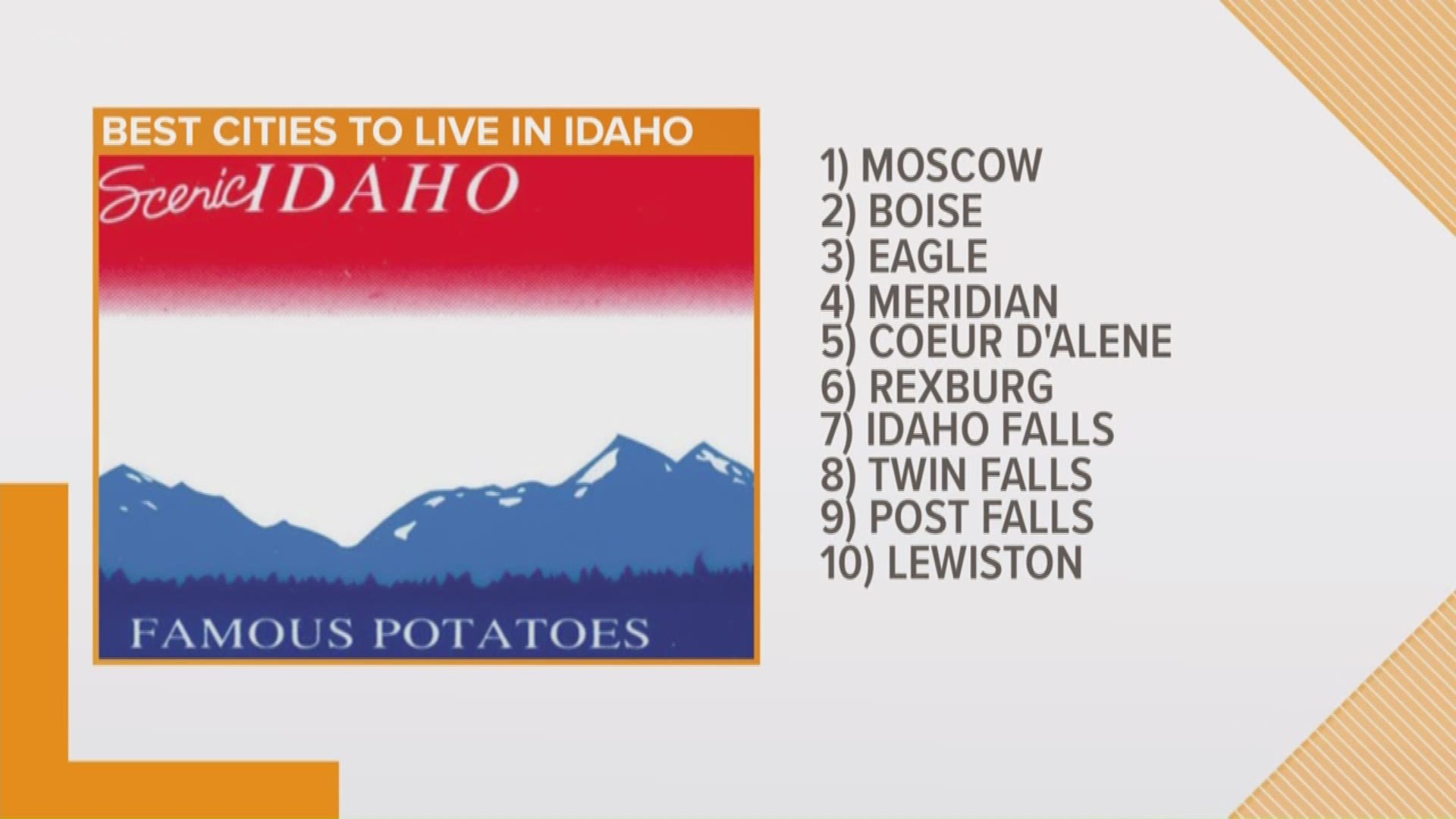 SPOKANE, Wash. — Four Inland Northwest cities made the list of Idaho’s top ten best, according to a recent Chamber of Commerce Study.

Coeur d’Alene was recognized as a “wonderfully picturesque city” and “tourist hotspot.” Its ranking highlights several ski resorts in the area and the city’s significant growth in recent years.

Boise was ranked No. 2, followed by other cities in southern Idaho rounding out the top ten.

The ranking examined over 2,500 cities that had populations of over 25,000 people on five factors - health, housing costs, education, employment, and quality of life.

The Chamber of Commerce is a website that provides digital resources for small businesses and entrepreneurs.

RELATED: Moscow, Idaho, named best city to raise a family for second year in a row