'I had my world view shaken': Cd'A man travels country to document stories of homeless 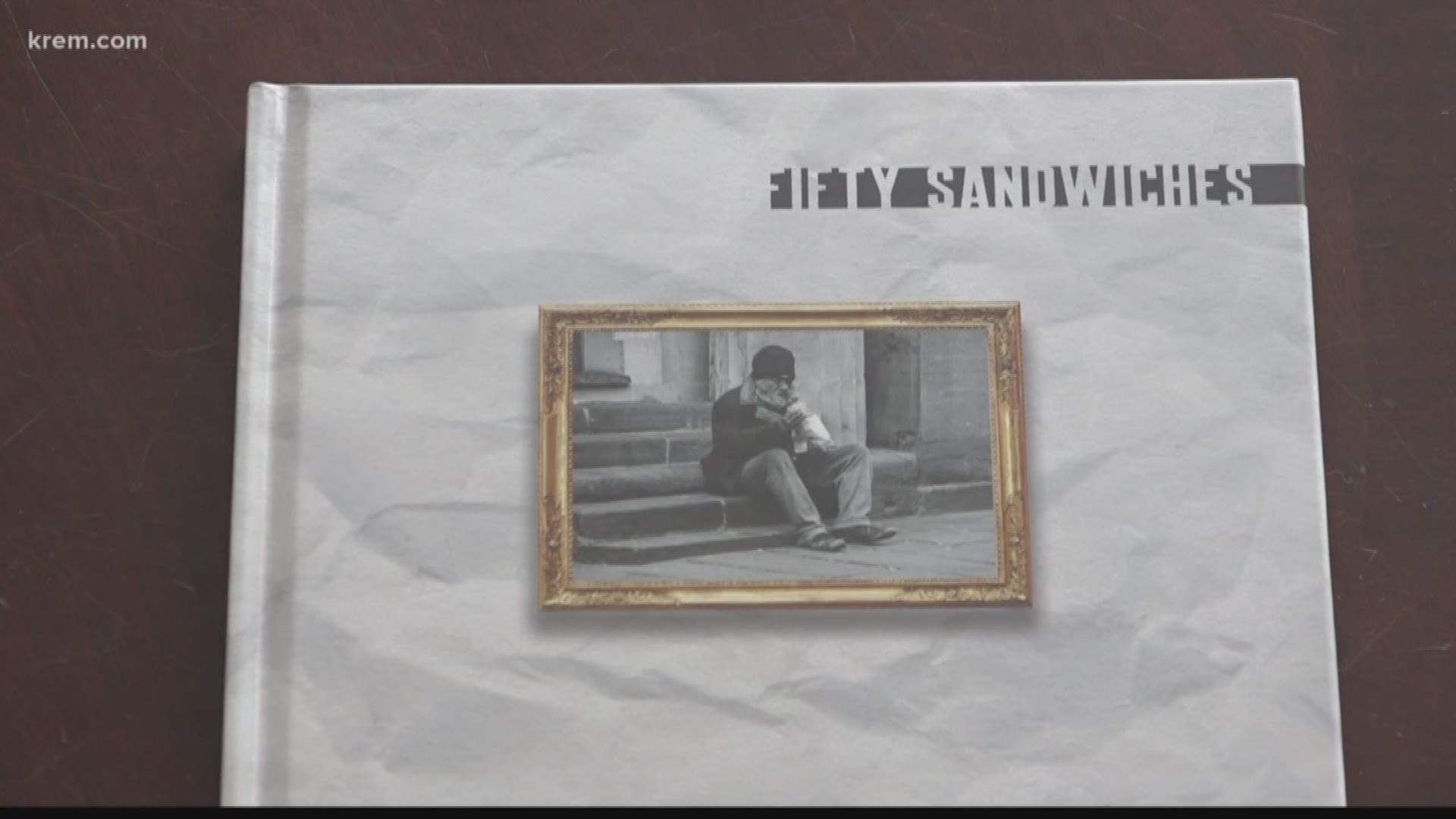 COEUR D'ALENE, Idaho — Justin Doering's spare bedroom is stacked high with cardboard boxes full of his self-published book. On the walls hang poster-sized paper with dozens of to-do lists, all ready to be checked off.

The lists are Doering's way of organizing everything he needs to do in order to make sure his hundreds of books get out of their boxes and into the hands of eager readers. His book, called "50 Sandwiches," has been years in the making.

That's where the name "50 Sandwiches" came from. A teenage Doering wanted to buy sandwiches for 50 people experiencing homelessness and talk to them about their experiences.

After college, Doering decided to make his idea reality. He raised money using Kickstarter, then took off in a van to travel the country.

Along the way he interviewed strangers experiencing homelessness. He hopes their stories will give the public a small idea of the reality of being homeless.

The process was both mentally and physically exhausting for Doering.

"I was sleeping in Walmart parking lots and I learned a lot just living in mostly solitude," he said. "It certainly was an experience that I had to take a breath and take a step back."

RELATED: 'They're friends of mine': Spokane veteran spends mornings with homeless residents

He drove over 14,000 miles over the course of 105 days. In that time, he visited 34 states and talked to several people experiencing homelessness at each stop.

Throughout his journey, Doering visited only one city he personally thought was appropriately dealing with the homelessness issue: Salt Lake City, which practices a housing first approach.

Doering said he thinks Spokane falls in the middle in terms of severity of the homelessness situation.

After the trip, Doering put together a book documenting 50 of the most impactful stories from his most interesting interviews. He said the process "shook [his] worldview multiple times."

"It's not that stereotypes are untrue, it's that they don't show the whole story. So people with mental health problems might have also suffered from abuse or domestic violence. People with addictions might have suffered from the same," Doering said.

And on top of that, Doering said not everybody living on the streets, in shelters or in programs is experiencing those extreme circumstances. One woman he talked to became homeless after her mother's death. She fell into a stint of depression and couldn't pay the medical bills from her mother's death.

"It's important for people to realize that many folks are just a job loss, a natural disaster, a health scare away from finding themselves in the same shoes as the struggling stranger they walk past every day," Doering said.

In the end, he said that almost everyone he spoke with told him they just wanted to be treated like what they are, a person.

If you are interested in reading the stories, you can purchase the book online.