The Bloomsday T-shirt design is always top secret. The artist with the winning design can't even tell their family they've won until it's revealed! 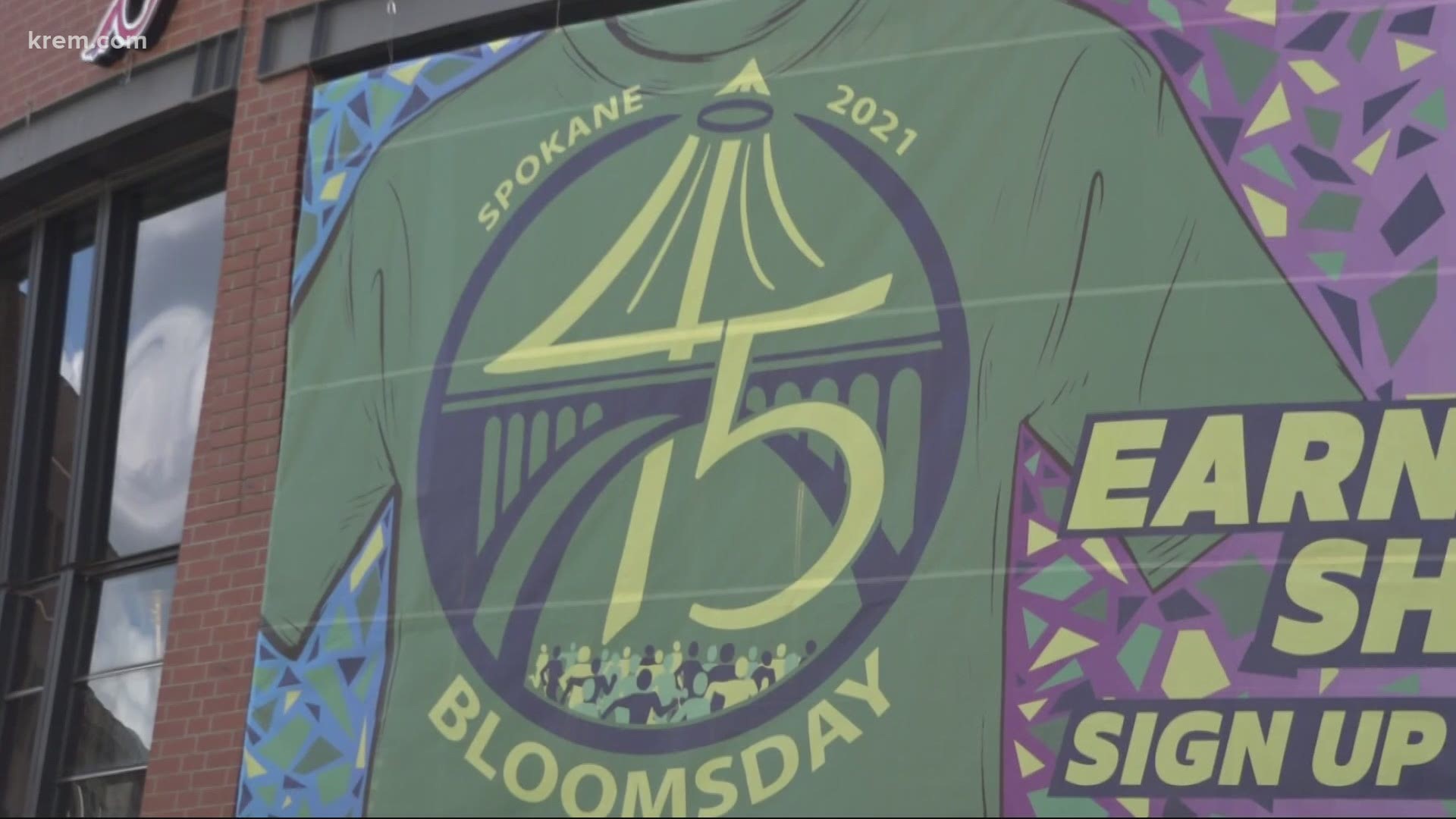 SPOKANE, Wash. — The Bloomsday T-shirt was revealed on Sunday afternoon.

This year's shirt is green and features the Monroe Street Bridge. The design is different every year. Gonzaga Prep High School Senior Andrew Nordhagen made the design.

"This is right up my alley, I love Bloomsday and I love art. So I sketched out some things on my iPad and submitted one," Nordhagen said.

This is the 45th consecutive year that a T-shirt has been designed and awarded to Bloomsday finishers.

The races this year and last were held virtually, but the T-shirt tradition is still going strong.

The Bloomsday tee is one of Spokane's best-kept secrets. The process is so discreet that the artist who designed the shirt can't tell anyone their design was picked.

"It's pretty surreal. I still don't think I've fully processed that quite yet," Nordhagen said.

He doesn't have a design background, but his mom knew he had the creativity to make something special.

"I wanted to incorporate the 45 since it's the 45th Bloomsday and obviously the pavilion and the bridge as Spokane landmarks," Nordhagen said.

He thinks this one is special because it represents a shared experience, not only in Spokane but also in the world.

"I think the shirt sort of brings it together, even when people are doing it all over the world," Nordhagen said.