Larry Jess, the Principal Trumpet player in the Spokane Symphony, played 'Taps' at 3 p.m. as part of Taps Across America. 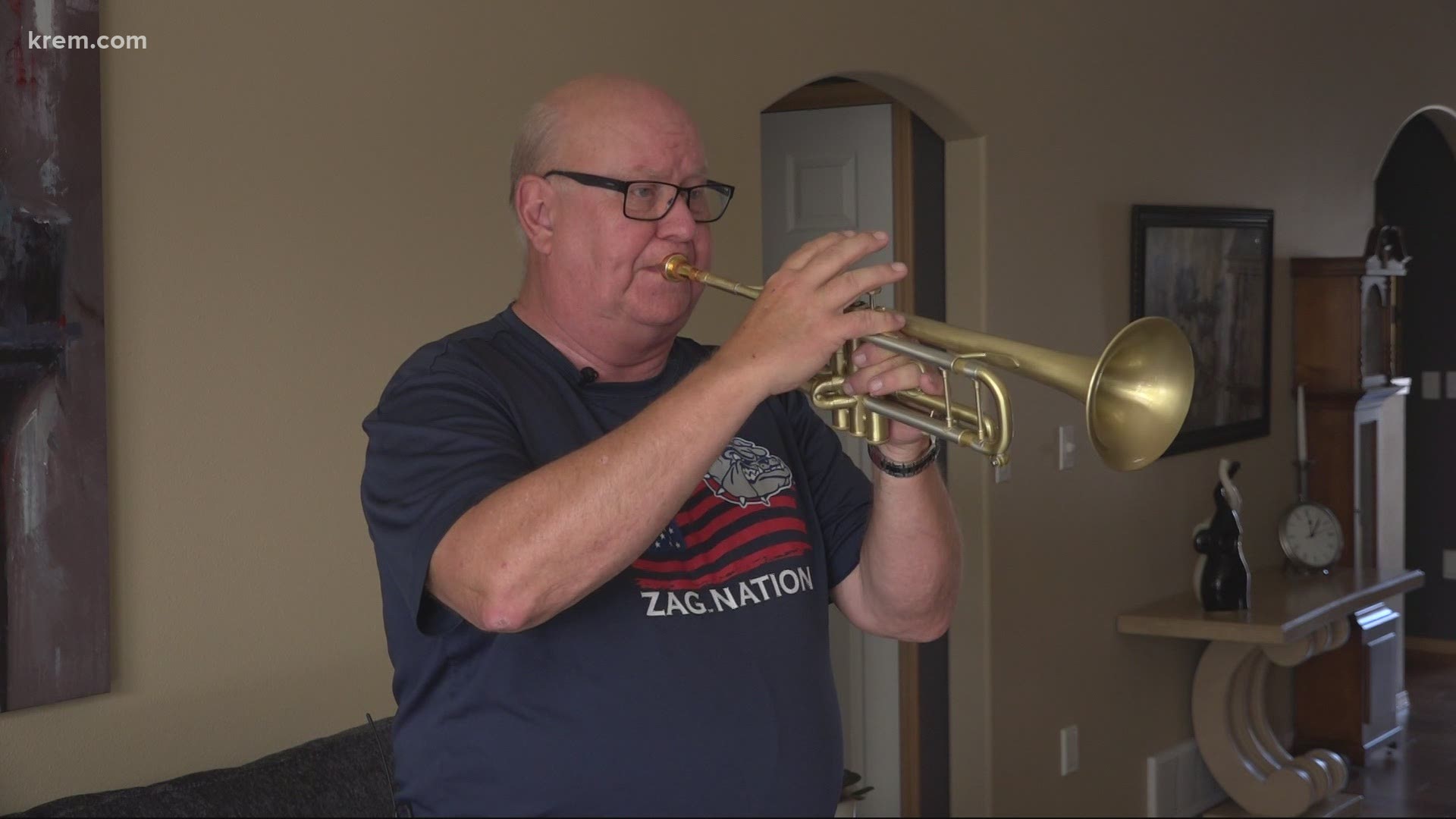 SPOKANE, Wash. — As the nation pauses to remember those who made the ultimate sacrifice in service to our country, many people will hear a familiar tune.

Taps, the song traditionally played at military funerals, will be heard across the United States.

"Very few notes, but it has a lot of meaning to every one of them," Larry Jess, Principal Trumpet player in the Spokane Symphony, said.

Jess brought the song to his neighborhood on Monday.

"I think one of the reasons I'm doing that, is these electric bugles that they use in the military just don't cut it for me," Jess said. "I think it should be a live person playing a live trumpet if you will, honoring these people."

Jess is part of a group called Taps Across America. The group is made up of people across the country and the world playing Taps at 3 p.m. local time on Memorial Day in their hometown.

The organization has risen to national prominence, receiving national news coverage and hundreds of people submitting their own performances.

Jess is proud to be part of the group.

"I think its just a great organization to be involved with," he said. "All of these fellow trumpet players standing up or sitting down, or whatever the case may be, honoring the people that have died for our nation."

Whether people are choosing to celebrate with a barbeque, or by visiting the graves of lost loved ones, Jess said its important to remember the real meaning behind the holiday.

"Remembering people that have, and it's not a cliché, that lost their lives so we can be where we're at right now. The ultimate sacrifice," Jess said.